Biden regime does too little, too late to protect Justices 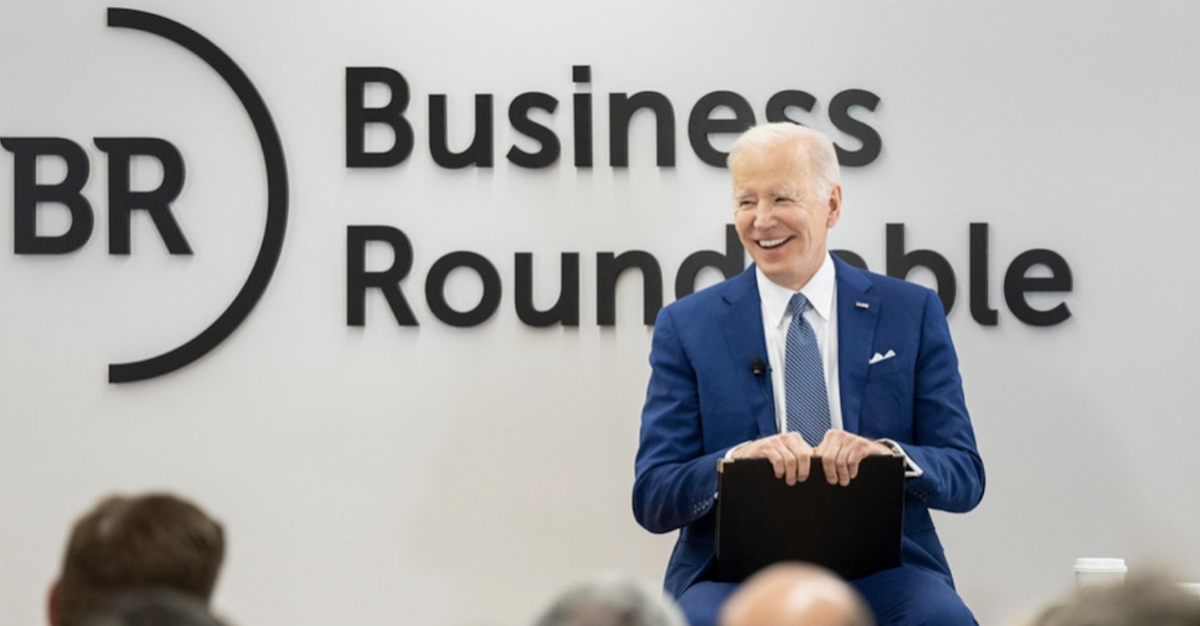 Earlier today, Grassfire shared last week's "ho hum" response from the Biden regime about the threat of pro-abortionists protesting outside the homes of Supreme Court Justices. (See our previous email below.) This morning -- two days after the first such protests actually took place -- White House Press Secretary Jen Psaki issued what amounts to a "cover your butt" statement via Twitter. She wrote:

[email protected] strongly believes in the Constitutional right to protest. But that should never include violence, threats, or vandalism. Judges perform an incredibly important function in our society, and they must be able to do their jobs without concern for their personal safety.

Psaki's "too little, too late" appeal was slammed by Republicans. Perhaps Rep. Byron Donalds (R-FL) said it best in his tweet reply: 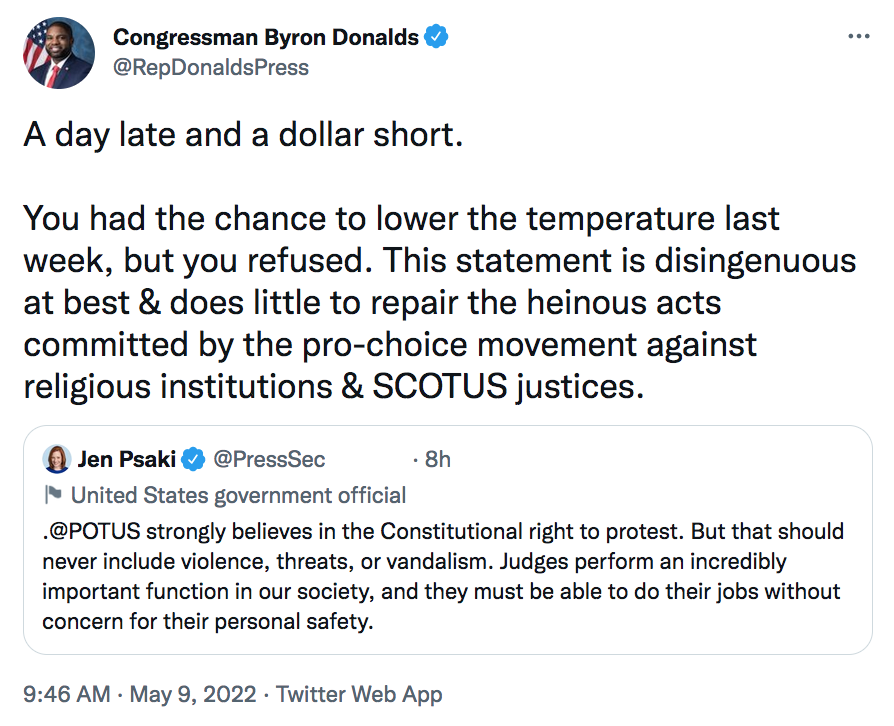 A day late and a dollar short.

You had the chance to lower the temperature last week, but you refused. This statement is disingenuous at best & does little to repair the heinous acts committed by the pro-choice movement against religious institutions & SCOTUS justices.

This issue is expected to burn white hot this week, as the Senate prepares for a high-profile abortion vote on Wednesday. Majority Leader Chuck Schumer (D-NY) wants to pass a law protecting Roe v. Wade, which created a so-called "right" for a woman to terminate her pregnancy.

You can urge Senators to vote "NO!" on S.4132, the misnamed Women's Health Protection Act, by adding your name to the "End Abortion In America!" national petition. Grassfire wants 2,000 more signatures in the next 15 hours! Please take immediate action to make your voice heard BEFORE Wednesday's vote.

Click here or on the banner below now to join more than 22,000 Grassfire team members calling for an end to Roe v. Wade. Sign the "End Abortion In America!" national petition, and we'll represent you during our delivery to Senate leaders within the next 48 hours:

The mantra of pro-abortion Democrats used to be: Keep abortions safe, legal and rare. But now, many are pushing for the so-called "right" to kill unborn babies until the moment of birth -- and even shortly after! That's infanticide!

But since pro-abortion Democrats can't stomach defeat on ANY level, they're fighting back. Schumer's scheduled vote is a "Hail Mary" to save Roe v. Wade by enshrining abortion into federal law. "America First" patriots have just TWO MORE DAYS to make their voices heard.

Click here to sign now and tell Senators to vote "NO!" on S.4132. For just $30, you can fax EVERY Republican Senator and two key "moderates" -- Sen. Joe Manchin (D-WV) and Sen. Bob Casey (D-PA) -- who have previously opposed abortion on demand.

Grassfire is mobilizing a petition delivery to Republican Senate leadership on Capitol Hill BEFORE Wednesday's vote. We're only about 2,000 signatures away from our 25,000-petition goal. So, Grassfire has extended our response deadline until 9:00 a.m. tomorrow.

At that time, we'll close the file and notify our representatives to deliver YOUR PETITION as soon as possible. But Grassfire can't represent you if you don't sign. So, click here to add your name to the "End Abortion In America!" national petition now. Thank you, in advance, for taking action tonight.

P.S. If the start of a busy work week kept you from reading this morning's "End Abortion!" update, you can read it here. Learn more about this weekend's protests, and find out which Justice and his family, reportedly, are in protective custody. Take immediate action in defense of the unborn and newly born by going here now: