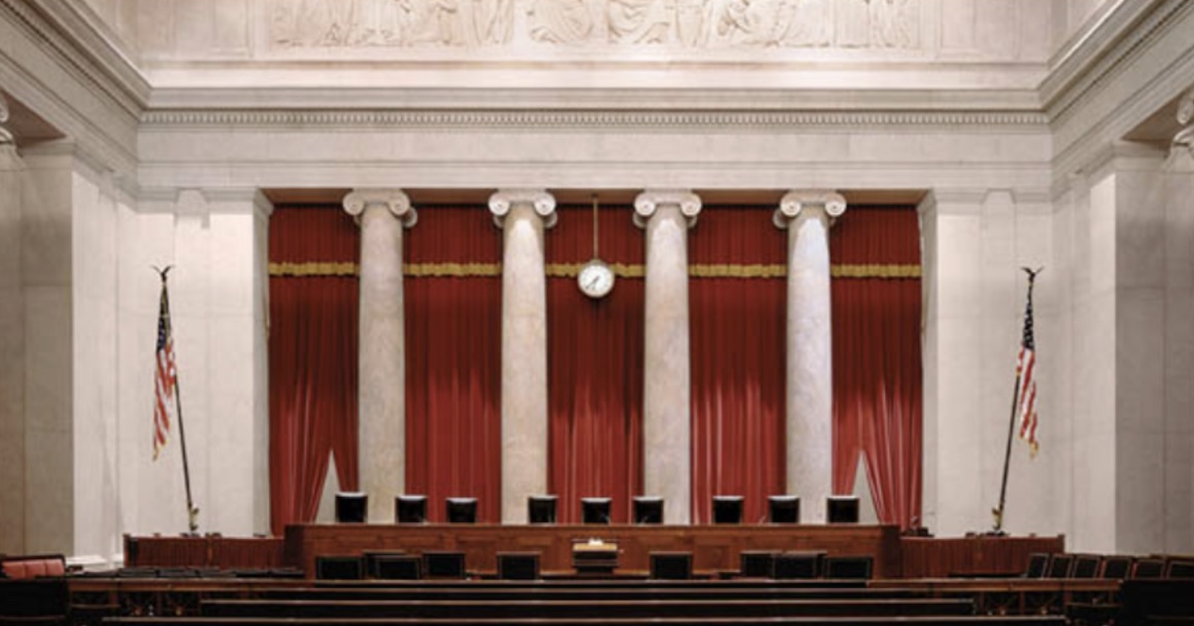 The radical, unhinged Left is doing what it does best... melting down like a preschool class of three-year-olds. With the possibility that the Supreme Court will overrule Roe v. Wade soon, pro-abortionists protested outside the homes of two conservatives justices over the weekend. Also, news reports indicate that Justice Samuel Alito, the author of the leaked draft ruling, and his family have been moved to an undisclosed location for their safety.

Doocy asked: "So he doesn't care if they're protesting outside the Supreme Court or outside someone's private residence?"

Psaki responded: "I don't have an official U.S. government position on where people protest."

Of course she doesn't. Why? Because it's her "side" targeting the Justices and fighting to preserve the so-called "right" to kill unborn and newly born babies.

Also on Thursday, Supreme Court Justice Clarence Thomas shared his reaction to the leak of Justice Alito's draft ruling that could overturn Roe v. Wade. Speaking at a gathering of the Eleventh Circuit Court's judicial conference, he said:

"We can't be an institution that can be bullied into giving you the outcomes you want. The events from earlier this week are a symptom of that."

+ + HUGE Abortion Vote In The Senate THIS WEEK!

This is a HUGE week in the fight to "End Abortion In America!" Senate Majority Leader Chuck Schumer (D-NY) is continuing his quest to protect the so-called "right" to abortion before the horrific, landmark 1973 decision is likely to be overruled by the Supreme Court. He has scheduled a pro-abortion vote in the Upper Chamber on Wednesday.

But unless a significant number of Republicans cave, Schumer won't have the votes to pass the Democrats' Senate bill to "codify" Roe v. Wade and make abortion-on-demand legal in all 50 states. To make sure GOP Senators stand strong and stay united this week, pro-life Americans need to make their voices heard now!

With just a few clicks, you can add your name to the "End Abortion In America!" national petition. Let Grassfire represent you on Capitol Hill THIS WEEK!

Click here or on the banner below now to join more than 21,000 Grassfire team members calling for an end to Roe v. Wade. Sign the "End Abortion In America!" national petition, and we'll represent you during our delivery to Senate leaders BEFORE Wednesday's vote:

The release of the Supreme Court's draft document last week emboldened the radical, unhinged Left to intensify their fight to continue killing unborn and newborn babies. Sadly, Grassfire's prediction that Democrats will try to defend and expand abortion "rights," while also attacking the legitimacy of our High Court and the Justices themselves, has come to pass.

The meltdown over the possibility that the Supreme Court could overturn Roe v. Wade MUST STOP in the Senate. The radical, unhinged Left and FAKE NEWS are threatening to pass new abortion laws, to pack the court with left-wing justices, to "impeach" the current Justices and more. Click here to tell Senators: "Vote 'No!' on Chuck Schumer's abortion bill next week."

Join more than 21,000 Grassfire team members who are demanding Congress "End Abortion In America!" We're planning a petition delivery on Capitol Hill BEFORE Wednesday's Senate vote. But we can't represent you if you don't sign! Click here to add your name now. Thanks, in advance, for taking action today.

P.S. The United States is one of only seven countries that allow abortion after 20 weeks of pregnancy. The other six are Canada, China, Netherlands, North Korea, Singapore and Vietnam. In recent years, several "red states" have been trying to change that by prohibiting abortion after the preborn baby can feel pain or survive outside the mother's womb. Now, with the Supreme Court apparently set to overrule Roe v. Wade and return abortion regulation to the states, Democrats are furious. Go here to tell Senators to vote "No!" next week on radical, far-left efforts to protect the so-called "right" to abortion: