We were right... McConnell caves to Democrats AGAIN! 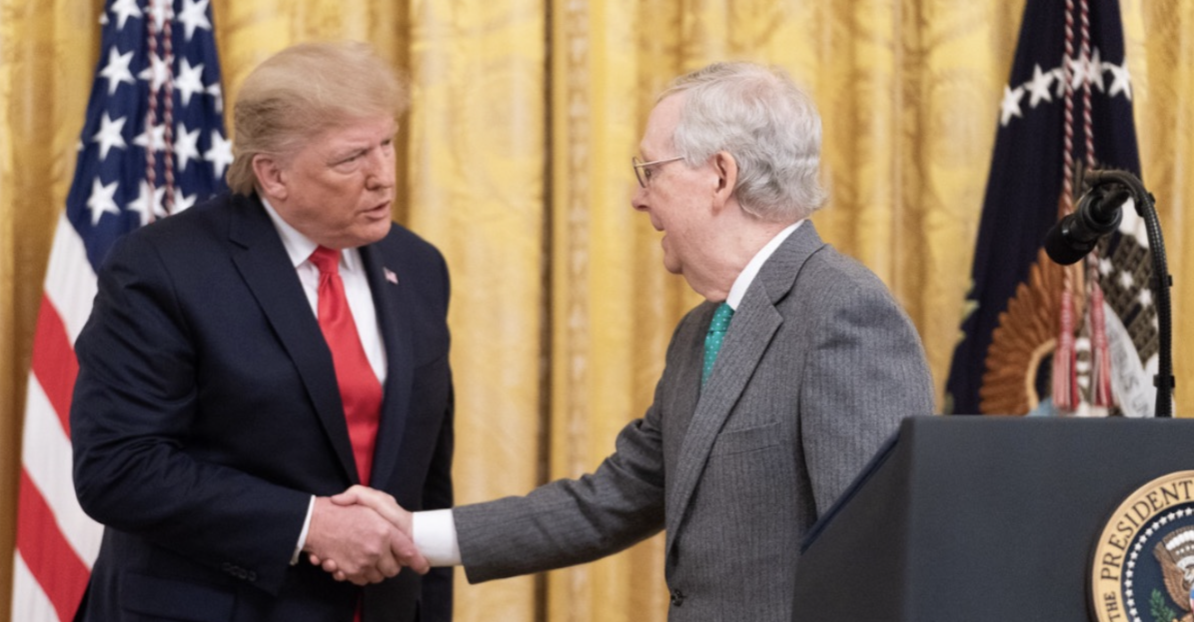 Yesterday, Grassfire warned that chief Senate RINO Mitch McConnell was crafting a backroom, dirty deal to help Joe Biden and the Democrats raise the nation's debt limit. After threatening in October to "not provide such assistance again if (Mr. Biden's) all-Democrat government drifts into another avoidable crisis," that's EXACTLY what he did. Breitbart News reports:

Will McConnell and his fellow RINOs (Republicans In Name Only) help fast-track Joe Biden's $4.9-trillion SOCIALIST SPENDING SCAM next? They green-lighted the $1.2-trillion fake "infrastructure" bill in August. Last week, they helped Democrats pass the continuing resolution to avoid a government shutdown and enabled raising America's "debt ceiling" yesterday. It's not hard to imagine Senate Republicans caving on the Biden regime's "Build Back Better" boondoggle.

Click here or on the banner below to add your name to the national petition calling on key lawmakers to "Stop The Spending Scam!" and save our great nation from becoming "America The Socialist":

Joe Biden, Chuck Schumer and House Speaker Nancy Pelosi (D-CA) want to pass their $4.9-trillion  SPENDING SCAM by Christmas. Their goal is "fundamentally transforming the United States of America." If you don't want the radical, unhinged Left to turn our great nation into their "utopia" of a socialist, police state, click here to take immediate action. Thanks, in advance, for making your voice heard today.

P.S. If you missed yesterday's SPENDING SCAM update warning of McConnell's impending cave, you can read it here. While the "Play-Fight and Surrender" strategy by the Senate's chief RINO is no surprise, that doesn't make it any easier to accept. Make your voice heard to keep America from becoming the "United States of Socialism." Click here or on the banner below now to sign the "Stop The Spending Scam!" national petition: