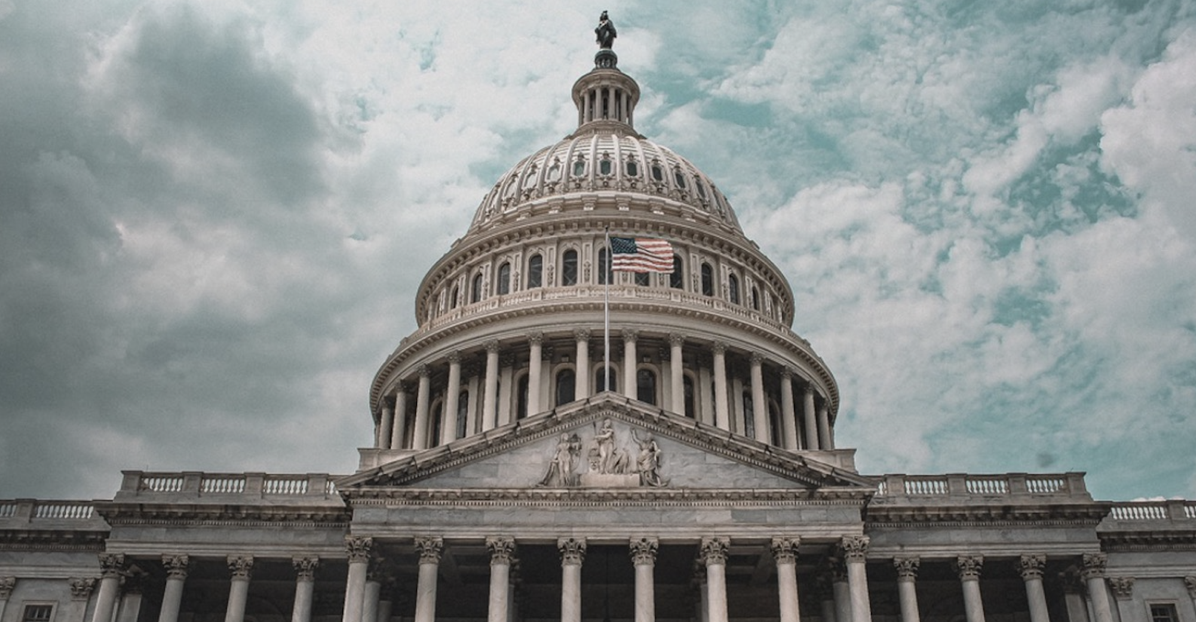 Senate Minority "Leader" Mitch McConnell (R-KY) is, reportedly, NOT following through on his October threat to force Democrats to raise the "debt ceiling" without help from the GOP. Rather, he has reportedly cut a deal with Majority Leader Chuck Schumer (D-NY) to increase the U.S. borrowing limit with a simple majority vote. It's the kind of typical, weak-kneed, RINO move that "America First" patriots have come to expect from Establishment Republicans.

Yesterday, President Trump called out the "Old Crow" for apparently caving, once again, to Democrats. America's 45th Commander-in-Chief released a statement that read, in part:

Mitch McConnell just folded on the Debt Ceiling, a total victory for the Democrats—didn't use it to kill the $5 Trillion Dollar (real number!) Build Back Worse Bill that will essentially change the fabric of our Country forever. The Old Crow's two-month extension, and the break up of the Bill into two parts, gave the Democrats everything they needed. The Dems would have folded completely if Mitch properly played his hand ... He has all the cards to win, but not the "guts" to play them.

A procedural vote on a possible "dirty deal" is imminent. We have conflicting reports that it could be today or sometime next week. Either way, Grassfire is empowering our team members to take immediate action.  Bypassing the Senate filibuster to force America even deeper into debt would set a horrible precedent. If Senate Republicans let Democrats have their way with the continuing resolution AND the "debt ceiling," Joe Biden's $4.9-trillion, SOCIALIST SPENDING SCAM could be next!

You can demand McConnell NOT abandon a key legislative safeguard to hand Joe Biden and Senate Majority Leader Chuck Schumer (D-NY) ANOTHER victory! If you think the Minority "Leader's" could set a bad precedent, make your voice heard!

Click here or on the banner below to add your name to the national petition calling on key lawmakers to "Stop The Spending Scam!" and save the U.S. from becoming "America The Socialist":

+ + ANOTHER Backroom, Dirty Deal With Democrats Could Be Imminent

In October, after Schumer publicly humiliated Republicans on the Senate floor for their previous debt-limit cave, McConnell told Joe Biden in a letter, "Republicans filled the leadership vacuum that has troubled the Senate since January. I write to inform you that I will not provide such assistance again if your all-Democrat government drifts into another avoidable crisis."

But if Democrats aren't forced to raise the debt ceiling on their own, another empty promise will have given way to another backroom, dirty deal. You can call on Senate Republicans to abandon their "Play-Fight And Surrender" strategy. The GOP's caving to the far-left MUST end!

It's bad enough that Joe Biden's $4.9-trillion SOCIALIST SPENDING SCAM could become law with ZERO REPUBLICAN VOTES! McConnell and the GOP should be doing all they can to NOT finance the Biden regime's failures and tyranny! Waiving the filibuster would set a horrible precedent. If the Minority "Leader" abandons the 60-vote threshold now, what's to stop Schumer from doing it on his own later to pass other far-left legislation with simple majority votes! Republicans MUST STOP Democrats from turning America into "The United States of Socialism."

All 50 Senate Republicans insist they'll vote against Biden's "Build Back Better" boondoggle when it comes to the floor, perhaps later this month. Sen. Kyrsten Sinema (D-AZ) and Sen. Joe Manchin (D-WV) say the bill's "price tag" is too high, and they do NOT support it — at least for now. Either one of their "No" votes will kill Joe Biden's SOCIALIST SPENDING SCAM! If you reject the Unhinged Left trying to use trillions of taxpayer dollars to build a super highway to socialism, please make your voice heard. Click here to sign now.

Tell Senators to vote "NO!" on Joe Biden's $4.9-trillion "Build Back Better" boondoggle. When the "Stop The Spending Scam!" national petition reaches 20,000 signatures, Grassfire representatives will deliver your petition on Capitol Hill. Thanks, in advance, for taking action today.

P.S. Senate RINOs (Republicans In Name Only) green-lighted the $1.2-trillion fake "infrastructure" bill in August. They helped Democrats pass the continuing resolution to avoid a government shutdown last week and are expected to help the radical, unhinged Left pass a "debt ceiling" increase this week or next. Could caving on Joe Biden's $4.9-trillion, socialist SPENDING SCAM be far off? Click here or on the banner below now to sign the national petition to stop the Biden regime's "Build Back Better" boondoggle: