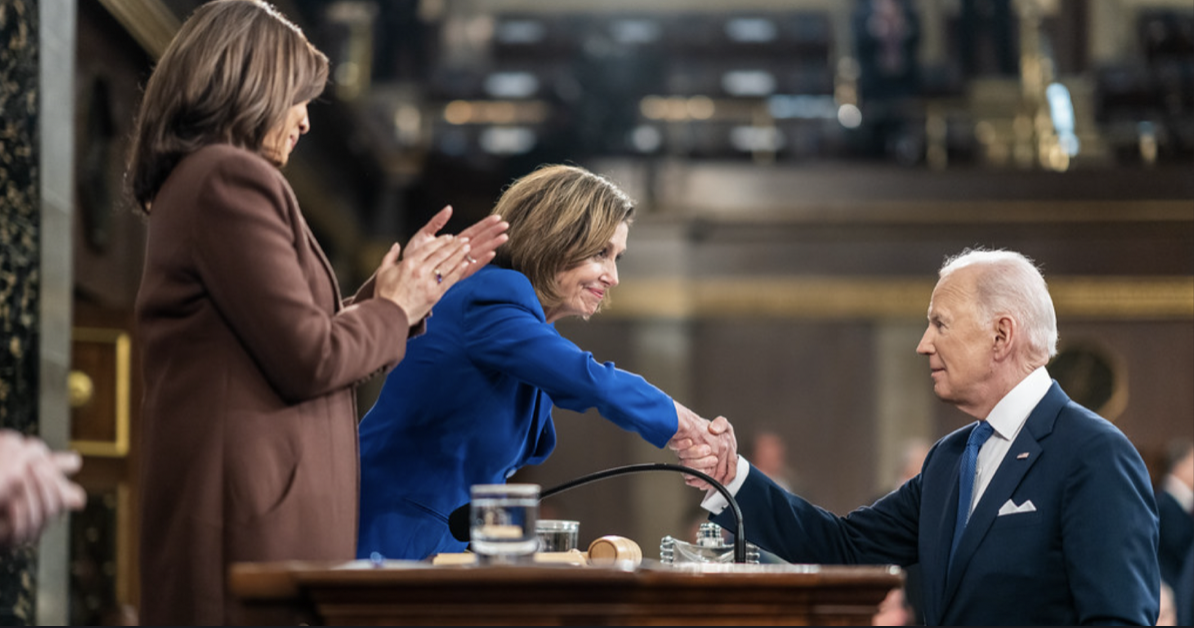 About an hour ago, we received word from the office of House Minority Whip Steve Scalise's (R-LA) office that Representatives began voting on Joe Biden's "gun grab" at 10:30 a.m. ET. The House Rules Committee met this morning to advance the Senate's unconstitutional "Bipartisan Safer Communities Act" to the House floor for a full vote -- which is expected at around 1:30 p.m. TODAY.

Unlike the weak-kneed RINO "leadership" in the Upper Chamber, House GOP leaders are determined to do everything they can to stop this billion-dollar, gun-control bill from becoming law. In their email, Scalise's staff included a "one-pager" highlighting the Republicans' opposition to this anti-Second Amendment legislation. (Click here to read the full document.)

Just minutes ago, Grassfire updated our "Stop Biden's Gun Grab!" FaxFire to target EVERY Republican in the House of Representatives. Unlike in the Senate, where 15 GOP turncoats stood with Democrats yesterday to help disarm law-abiding Americans, GOP Reps are expected to stand, almost unanimously, against efforts to infringe on your Second, Fourth and Fifth Amendment rights.

Democrat and RINO Senators have overreached in the wake of recent politicized tragedies. This legislation will infringe on the constitutional, rights of law-abiding gun owners. American cities have become battle zones of rising crime and gang violence, and the U.S. southern border disintegrates. The Biden regime,  Democrats and Establishment RINOs should NOT make it harder for law-abiding citizens to protect themselves.

Take immediate action to protect the Second Amendment. Instantly send your personalized "Stop Biden's Gun Grab!" message to House Republicans on Capitol Hill. Click here or on the banner below to immediately fax 50 GOP Reps, including EVERY MEMBER of the House Freedom Caucus, for only $25:

Unlike those RINO Senators, almost all House Republicans are refusing to support a gun-control bill that the NRA insists "does little to truly address violent crime." Still, America stands on the verge of threatening the Second Amendment rights of anyone who doesn't follow the radical, unhinged Left's "group think."

Don't support puberty blockers or "re-assignment surgery" for "trans" children? You must be mentally defective. No gun for you! Don't approve of "drag-queen story hour" at your local public library or elementary school? No gun for you either!

Grassfire's "Stop Biden's Gun Grab!" FaxFire empowers you to reach 50 Republican Representatives, including EVERY MEMBER of the House Freedom Caucus, for just $25. If possible, go the "extra mile" and select LEVEL TWO (Bigger Impact) to reach 100 GOP lawmakers at 55% off. Choose LEVEL THREE (Biggest Impact) to fax EVERY Republican member of the House at a savings of 67%!

The Second Amendment is clear: "(T)he right of the people to keep and bear Arms, shall not be infringed." If you do NOT a bill passed that empowers states to use "red-flag" laws to bypass Americans' right to due process, click here to make your voice heard BEFORE the final House vote this afternoon! To send your own "Stop Biden's Gun Grab!" faxes to GOP Reps, click here for a list of targets and their contact information. Thanks, in advance, for taking immediate action.

P.S. When criminals, terrorists or the mentally ill use guns to hurt and kill people, it's tragic and unacceptable. But if you think gun-control laws should NOT prevent competent, law-abiding citizens from exercising their  constitutional right "to keep and bear Arms," make your voice heard. Go here to fight Joe Biden's "gun grab" by faxing Representatives now: