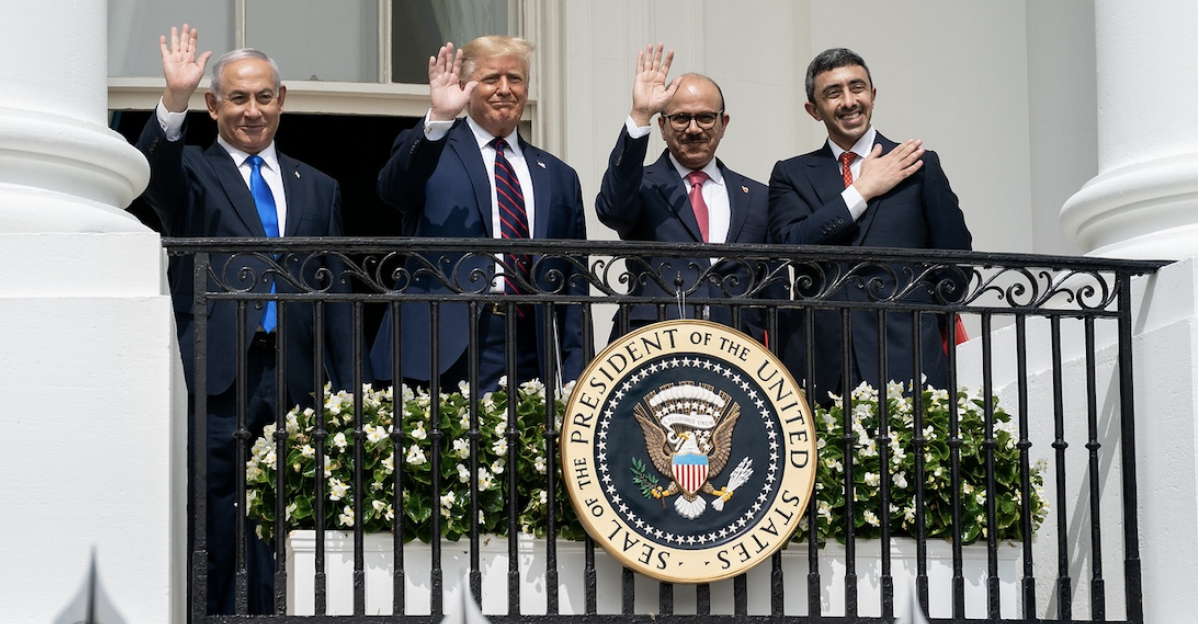 Yesterday was the greatest day of Donald Trump's presidency and, perhaps, one of the greatest days for peace in the history of the modern world. But the FAKE NEWS media wants you to think it was just another day to hate this president.

The Trump administration brokered a historic peace treaty between Israel and two Arab nations: the United Arab Emirates and Bahrain. The Abraham Accords are the most important and meaningful Middle East peace agreements in more than a quarter century.

The leaders of those three nations joined the President for a signing ceremony at the White House yesterday. Mr. Trump told the crowd gathered on the South Lawn, "After decades of division and conflict, we mark the dawn of a new Middle East."

But, as usual, the radical Left and their sycophantic media stooges criticized, downplayed or ignored this huge and historic achievement. Apparently, they think Arab nations normalizing diplomatic relations with the Jewish state is either no big deal or should be mocked. The last such agreement was signed in 1994.

On Friday, House Speaker Nancy Pelosi (D-CA) slammed the peace deal on CNN as "a distraction on a day when the numbers of people who are affected and the numbers of people who are dying from (COVID-19) only increases." Just minutes after yesterday's signing ceremony, Chuck Todd of NBC News attacked the historic accords, saying: "This deal is a bit uncomfortable for a lot of observers to watch. ... It feels like there is a lot of quid pro quos involved."

Even FOX News fell short in their coverage of this historic event. This morning, Grassfire staff couldn't find a single image or news article about the signing ceremony on the front page of their website. They too failed to capture the significance of one of the greatest and most amazing steps forward for world peace, which was accomplished through outstanding American diplomacy.

+ + Stand With Thousands of President Trump Supporters By Declaring: "We Love You!"

The FAKE NEWS media continue relentlessly bashing President Trump. That's why we want to send him the names of at least 10,000 supporters who are proud and thankful for what his administration has accomplished. Will you be one of them? We need every Grassfire team member who believes in America's Commander-in-Chief to take action now by signing the national "We Love You, President Trump!" Petition.

Click here or on the banner below to tell the President how much you appreciate what he's done and will continue doing to "Make America Great Again!" Add you name to the national "We Love You, President Trump!" Petition now:

The "We love you!" chant began at last week's "peaceful protest" in North Carolina and has continued at campaign events in other states. But due to hysterical, draconian and oppressive COVID-19 restrictions limiting large gatherings, only a small fraction of Americans will attend a Trump rally this election season or be able to see the President in person.

So, Grassfire wants to give you the opportunity to join thousands of other patriots in telling our Commander-in-Chief exactly how you feel. Take action now by signing the national "We Love You, President Trump!" Petition. When we reach our goal of 10,000 signers, Grassfire representatives will deliver your name to the President's campaign.

The President endures a near-constant barrage of hate and vitriol from the D.C. Swamp and FAKE NEWS. Even a historic Middle East peace treaty is seen as a "distraction" by radical Leftists, like Speaker Pelosi. We want our Commander-in-Chief to know that millions of Americans are joining with the crowds at the North Carolina, Michigan and Nevada "peaceful protests" chanting, "WE LOVE YOU!"

Push back against the "haters" to share an expression of your appreciation and admiration for Mr. Trump. Click here now to add your name to the national "We Love You, President Trump!" Petition. Then, please consider sharing this email with your pro-Trump friends and family members. Urge them to sign, too. Thank you, in advance, for taking action today.

P.S. The "We Love You" chant is unprecedented in the history of presidential-campaign politics. That's why Grassfire is giving you the opportunity to tell America's Commander-in-Chief exactly how YOU feel. The national "We Love You, President Trump!" Petition states:

I'm one of the millions of Americans who is so thankful that God has chosen you to lead this great nation. I stand with them today in saying: "We love you!" (See more...)