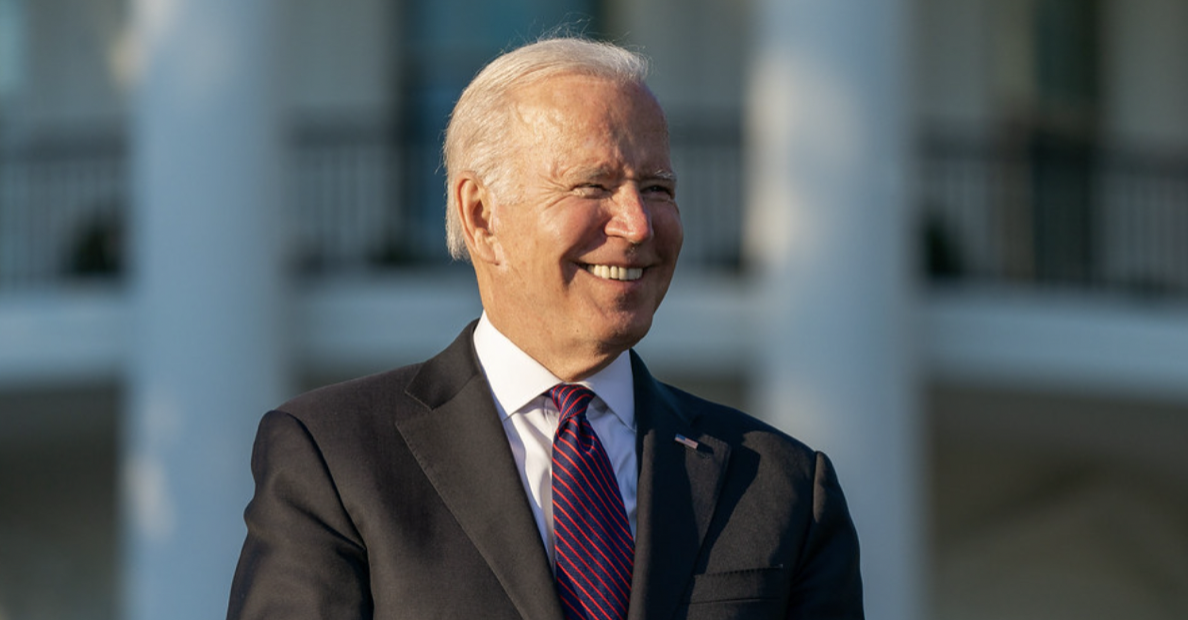 In Saturday's SPENDING SCAM update, we explained how you can push back against Joe Biden's "Build Back Better" boondoggle. The Senate will take up the $4.9-trillion, radical, far-left "wish list" next week. But based on the lack of response from much of Grassfire Nation, we're wondering if our team members really care about the Biden regime's awful tax-and-spend plan.

It's no exaggeration to say America is teetering on the brink of socialism. The next few weeks WILL determine the very future of the United States. Will we remain the land of the free and the home of the brave? Or will Joe Biden and the Democrats create their false utopia of a socialist, police state?

We'll share the results of this "Yes or No?" QuickPoll when we reach 10,000 votes. Thanks, in advance, for taking action today.

P.S. To find out what action you can take to stop our great nation from becoming "America The Socialist," please see Saturday's update below. Or go here to make your voice heard by sending 52 personalized "Stop The Spending Scam!" faxes to key Senators, including "moderates" Kyrsten Sinema (D-AZ) and Joe Manchin (D-WV), on Capitol Hill:

Note: Grassfire QuickPolls are for informational purposes only and do not represent an official candidate or position. However, we do think they accurately reflect the views of grassroots Americans.

We've said it before: The "Build Back Better Act" is a big, bald-faced lie -- and the Senate Minority Leader agrees with us! Joe Biden's $4.9-TRILLION SPENDING SCAM "builds" a super-highway to socialism off the backs of hardworking, American taxpayers. There's nothing "better" about that!

LIE 1: Democrats Repeatedly Asserted Their Spending Spree 'Does Not Increase The Debt' And 'Will Be Fully Paid For'

LIE 2: Democrats Have Been Claiming Their Massive Spending Bill Not Only Won't Increase Inflation, But Will Somehow Magically Lower It

LIE 3: President Biden Has Vehemently Claimed His Bill 'Does Not Raise A Single Penny In Tax For Anyone Making Less Than $400,000 A Year'

But the Senate Republican Communications Center insists H.R.5376 does all of that. Joe Biden's SOCIALIST SPENDING SCAM "adds to the deficit, fuels inflation, and hikes taxes on the middle class." They also point out: "The Congressional Budget Office confirms that Democrats' reckless taxing-and-spending bill is NOT paid for, and will add $800 billion to the deficit over the next five years."

This blueprint for full-blown socialism PUNISHES hard-working Americans and even REWARDS criminals who enter the U.S. illegally. Radical, unhinged Democrats want taxpayers to foot the bill for HUGE payouts to illegal aliens. If someone breaks U.S. immigration law and enters America illegally, they should be DEPORTED -- not REWARDED!

But Democrats know that if you steal from Peter and give it to Paul, you'll always get Paul's vote. The massive, unprecedented and un-American vote-buying scam that is the "Build Back Better" boondoggle MUST BE STOPPED.

Joe Biden and radical, unhinged Democrats are renewing their push to sign "Phase 2" of the SOCIALIST SPENDING SCAM into law. The $4.9-trillion legislation (according to a Wall Street Journal report) is a progressive wish-list for "human infrastructure," "climate infrastructure," "election infrastructure," etc. But you can push back against the "Hate America" crowd's efforts to turn our great nation into "The United States of Socialism."

Due to a legislative tactic known as "budget reconciliation," the Biden regime's $4.9-TRILLION SPENDING SCAM can be passed with a simple majority vote in the Senate. All 50 Republicans in the Upper Chamber are opposed to pushing the U.S. off a fiscal cliff into full-blown socialism.

Sen. Kyrsten Sinema (D-AZ) and Sen. Joe Manchin (D-WV) are the ONLY Democrats currently opposed to the price tag of "Build Back Better." If either of them votes "NO!", Democrats won't have the 50 votes they need to have Kamala Harris cast the tie-breaking vote.

Sinema and Machin are on the tip of the spear in this battle to save America. The pressure on those two Senators to give in to the Biden regime is intensifying by the day. Why? Because they can save America from socialism! They're the only Senate Democrats AGAINST spending trillions of taxpayer dollars to enact Joe Biden's far-left, un-American and unsustainable agenda.

If you want to support Sen. Sinema and Sen. Manchin, use Grassfire's unique FaxFire system to encourage both moderate Senators to stand strong and continue fighting to "Stop The Spending Scam!" Click here or on the banner below now to fax your personalized message to Sinema, Manchin and all 50 GOP Senators on Capitol Hill (52 faxes) for only $30:

The Biden regime's SOCIALIST SPENDING SCAM will dictate who we are as a nation moving forward. Will America remain the land of life, liberty and limited government? Or will the radical, unhinged Left push the United States off a fiscal cliff into full-blown socialism. Click here to immediately fax 52 Senators now for only $30.

Click here to let Sinema, Manchin and all 50 GOP Senators know where you stand. To send your own "Stop The Spending Scam!" faxes, click here for a list of targets and contact information. Thanks, in advance, for taking action today.

P.S. Again, Simena and Manchin are the only Democrats currently opposed to Joe Biden's and the radical, unhinged Left's SOCIALIST SPENDING SCAM. One of them has to vote "NO!" to save the United States from being pushed off a fiscal cliff into full-blown socialism. Click here or on the banner below to fax them and 50 Republican Senators now for just $30, or reach the entire U.S. Senate (100 faxes) for only $50: