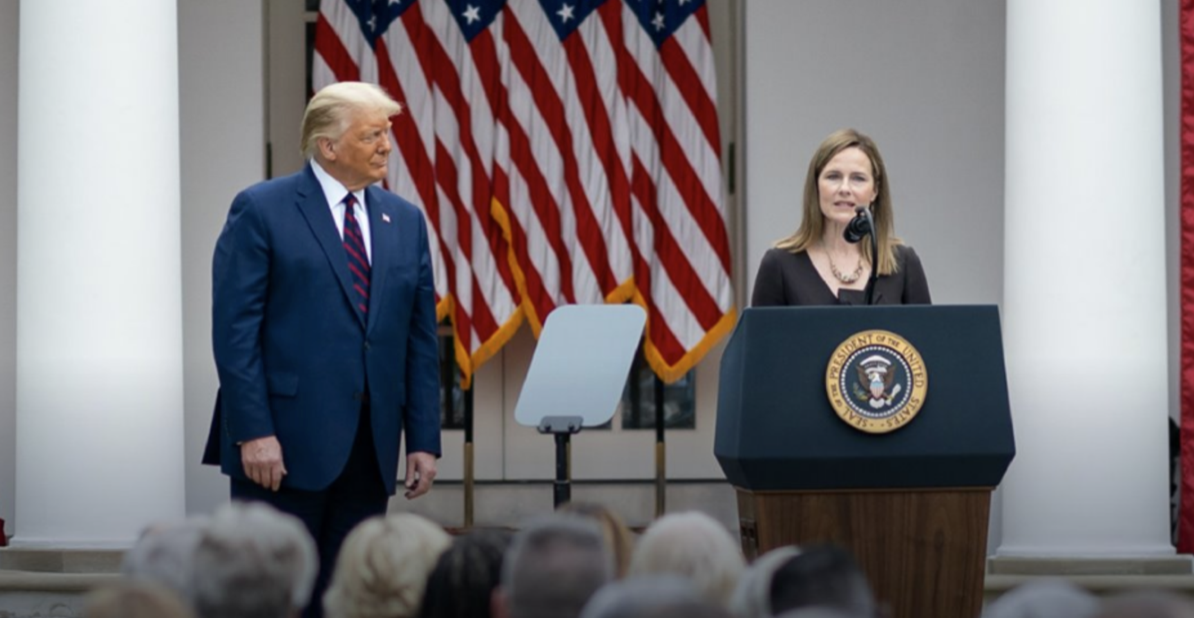 Grassfire usually doesn't email our team members on Sunday. We're making an exception today because America is less than 24 hours away from the start of the Senate hearing to confirm Amy Coney Barrett. Also, Sunday is an appropriate day to take action in defense of someone's Christian faith.

President Trump nominated the circuit-court judge and mother of seven to the Supreme Court on September 26. Since then, she has been attacked for her traditional values, having two adopted children from Haiti, and being a devout Catholic.

Again, as of this morning, we're only about halfway to our goal of 10,000 "Confirm Amy Now!" petitions. Click here to sign now. Finally, please consider forwarding this email to your family members and friends. Ask them to stand with President Trump and Amy Coney Barrett before the start of her Senate hearing tomorrow.

P.S. In case a busy Friday kept you from reading our previous "Confirm Amy Now!" message, we've attached it below. Thanks, in advance, for taking action today.

When President Trump nominated Judge Amy Coney Barrett to the Supreme Court last month, he called her "one of our nation's most brilliant and gifted legal minds." America's Commander-in-Chief added, "She is a woman of unparalleled achievement, towering intellect, sterling credentials, and unyielding loyalty to the Constitution" and is "very eminently qualified for this job."

But, even before the Rose Garden ceremony announcing her nomination, the Unhinged Left began attacking the mother of seven and U.S. Court of Appeals judge for the Seventh Circuit. FAKE NEWS and Hollywood's "elite" have been attacking Barrett for her devout Catholic faith and traditional lifestyle.

They've been insulting the Notre Dame Law School graduate and former law clerk for late Supreme Court Justice Antonin Scalia as a religious "extremist" and a "handmaid," a word that appears nearly 50 times in the King James Version of the Bible. In Luke 1:38, Jesus' mother Mary is called "the handmaid of the Lord."

Yet, the U.S. Constitution clearly states "no religious Test shall ever be required as a Qualification to any Office or public Trust under the United States." What the Unhinged Left is trying to do is to stir up enough vitriol and hate against Amy Coney Barrett so that President Trump won't seat his third justice on the Supreme Court before Election Day.

The Senate Judiciary Committee hearing to consider Barrett's nomination begins on Monday, October 12. That's just three days away! The process is expected to last three or four days, following the same format as other recent Supreme Court nominees. A vote on her nomination is expected later this month.

Grassfire is making plans to rush 10,000 "Confirm Amy Now!" petitions to Senate Judiciary Committee Chairman Lindsey Graham (R-SC) in Washington, D.C. We want to help you make your voice heard in the halls of Congress, demanding Senators to confirm and seat this highly qualified jurist BEFORE ELECTION DAY. Click here or on the banner below to sign the national petition to "Confirm Amy Now!":

When President Trump announced Barrett's nomination, he asked Democrats "to provide Judge Barrett with the respectful and dignified hearing that she deserves and, frankly, that our country deserves. I urge lawmakers and members of the media to refrain from personal or partisan attacks."

But the Unhinged Left is so out of control that radical Democrats and their "minions" have already been attacking the devout Catholic and mother of seven. Even before Barrett was nominated, one prominent leftist with nearly 300,000 Twitter followers tweeted: "If they even TRY to replace RBG (Ruth Bader Ginsburg) we burn the entire f**king thing down."

Amy Coney Barrett's nomination is the latest battle in the fight to save America from taking what Ronald Reagan called "the last step into a thousand years of darkness." You can be part of this "rendezvous with destiny" and "preserve for our children this: the last best hope of man on Earth." Click here to sign the national "Confirm Amy Coney Barrett" Petition now.

P.S. We're less one-third of the way to our 10,000-signature goal for the "Confirm Amy Coney Barrett" Petition, and her Senate confirmation hearing begins on Monday. Demand Senators to confirm Judge Barrett as quickly as possible by adding your name now. After signing, please help by forwarding this message to your family members and friends. Urge them to stand with you in supporting this "very eminently qualified" nominee. Click here or on the banner below to take immediate action: