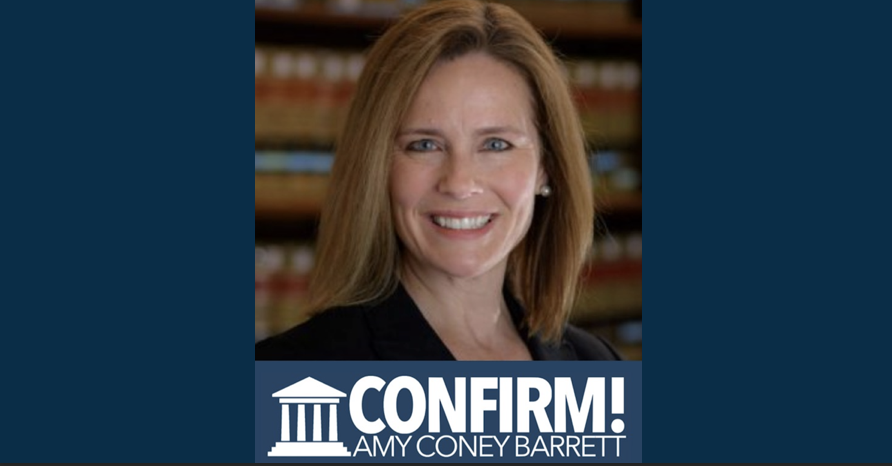 "You are very eminently qualified for this job. You are going to be fantastic. ... Really fantastic."

Radical Democrats don't agree, which is why they're going to do everything possible to derail her nomination by blocking her confirmation in the Senate. Why? Because she's a devout Catholic and a firm believer in the Constitution.

But the Left is already rolling out their "hit pieces" against the mother of seven. Hollywood "elites" are mocking her Catholic faith, while the FAKE NEWS media is questioning her and her husband's adoption of two children from Haiti.

Truly, the fight is just beginning, which is why Grassfire is rolling out our national "Confirm Amy Coney Barrett!" Petition. Take action now to support President Trump and his Supreme Court nominee. Grassfire RUSHED to launch this new, petition initiative today to empower our team members to make their voices heard NOW!

Urge Senators (especially GOP lawmakers) to confirm Judge Barrett as quickly as possible. Sign the national "Confirm Amy Coney Barrett" Petition to demand this "eminently qualified" nominee be seated BEFORE Election Day. Click here or on the banner below to add your name now:

Take action by signing the "Confirm Amy Coney Barrett" Petition now, and Grassfire will hand-deliver you petition to key Senators when we reach 10,000 signatures. Click here to add your name with just a few clicks.

P.S. There's simply too much at stake to NOT confirm Amy Coney Barrett as the ninth Supreme Court Justice. So, Senators MUST hear from you to ensure America doesn't have a "split" court for the upcoming presidential election! Take action to support President Trump's nominee so she can be seated on the nation's High Court BEFORE November 3. Click here or on the banner below to immediately add your name to the national "Confirm Amy Coney Barrett!" Petition now: