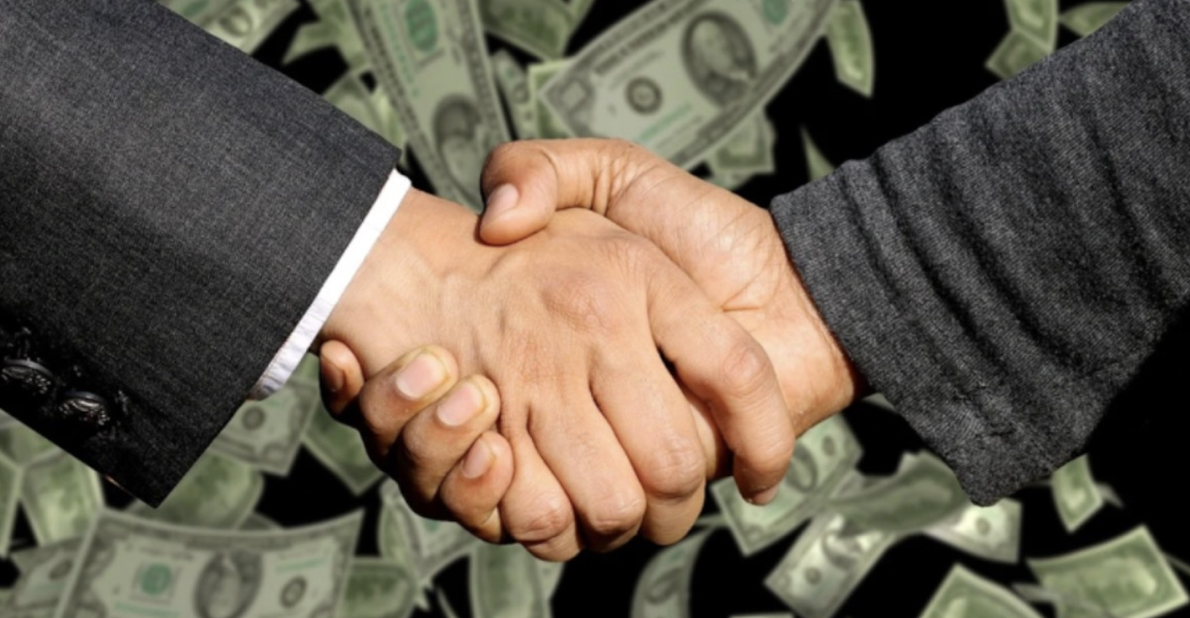 According to The Gateway Pundit and other sources, McConnell is in "private talks" with Schumer to waive the 60-vote filibuster to raise the "debt ceiling." The move would allow the federal government to spend more money that America doesn't have!

McConnell appears, once again, to be cleaning up Schumer's "mess" (see below), while also financing the Biden regime's failures and tyranny! Waiving the filibuster would set a horrible precedent. If the Minority "Leader" abandons the 60-vote threshold now, what's to stop Schumer from doing it on his own later to pass Joe Biden's $4.9-trillion, socialist SPENDING SCAM!

If you think McConnell's actions set a bad precedent, you can make your voice heard. Click here or on the banner below to sign the national "Stop The Spending Scam!" petition now:

Senate RINOs (Republicans In Name Only) green-lighted the $1.2-trillion fake "infrastructure" bill in August. They helped Democrats pass the continuing resolution to avoid a government shutdown last week and are expected to help the radical, unhinged Left pass a "debt ceiling" increase this week. Joe Biden's $4.9-trillion, socialist SPENDING SCAM could be next!

We're empowering our team members to make their voices heard in the fight to save America from socialism. If you missed last night's update, please see below. Or click here to add your name to the "Stop The Spending Scam!" national petition. When we reach 20,000 signatures, Grassfire will deliver your petition on Capitol Hill. Thanks, in advance, for taking action today.

Congress' holiday season theme of governing by crisis continues this week, as lawmakers return to Washington to address what could be the trickiest issue of the month: the debt ceiling.

"Governing by crisis" hits the nail squarely on the head. Last week, Congress rushed to pass a continuing resolution to avoid a federal-government shutdown. This week, also according to POLITICO, House Democrats want to pass a debt ceiling increase as part of the National Defense Authorization Act (NDAA):

Democratic leaders have discussed adding a provision addressing the debt ceiling to the NDAA and voting on it as soon as this week, but there are serious questions about whether this defense-debt ceiling sandwich could pass the House.

What's maddening is that Senate Minority "Leader" Mitch McConnell (R-KY) has reportedly "signaled" Majority Leader Chuck Schumer (D-NY) privately "that he could go along with this idea." If that happens, "America First" patriots should be OUTRAGED. Why? Because, when Schumer publicly humiliated the GOP after the previous debt-limit cave in October, McConnell told Joe Biden in a letter:

Republicans filled the leadership vacuum that has troubled the Senate since January. I write to inform you that I will not provide such assistance again if your all-Democrat government drifts into another avoidable crisis.

Well, here we go again. Another empty promise looks like it's about to give way to another dirty deal. When will Senate Republicans abandon their "Play-Fight And Surrender" strategy? Also, will the GOP's caving EVER end? If they let Democrats have their way with the continuing resolution and the "debt ceiling," Joe Biden's $4.9-trillion, SOCIALIST SPENDING SCAM could be next!

Sen. Kirsten Sinema (D-AZ), Sen. Joe Manchin (D-WV) and EVERY Senate Republican are the keys to saving our great nation from becoming "America The Socialist." Fifty-one "NO!" votes are needed to stop the Biden regime's $4.9-trillion SPENDING SCAM. So far, the two "moderates" and all 50 GOP Senators refuse to support the grotesque tax-and-spend plan radical Democrats want.

If the GOP stands strong and stays united, either Sinema or Manchin can derail Joe Biden's "Build Back Better" boondoggle. That's why Grassfire is giving our team members the opportunity to make their voices heard. Take immediate action to stop the radical, unhinged Left from ruining Christmas by driving America off a fiscal cliff into full-blown socialism!

You can urge Sen. Sinema, Sen. Manchin and GOP leaders to stand strong and "Stop The Spending Scam!" Click here or on the banner below to add your name to the national petition calling on key lawmakers to save the U.S. from becoming "America The Socialist":

+ + Will Joe Biden's $4.9-Trillion, SOCIALIST SPENDING SCAM End America As We Know It?

The Biden regime and their allies in the House and Senate are trying to push their "Build Back Better" boondoggle down the throats of the American people. They're rushing to pass the biggest expansion of the federal government in U.S. history BEFORE December 25. The radical, unhinged Left wants to ruin Christmas, while "fundamentally transforming the United States of America"!

Last week, we shared a warning from the office of Senate Minority Leader Mitch McConnell (R-KY) that December is "going to be a mess." Obviously, they were right. Far-left Schumer (D-NY) and House Speaker Nancy Pelosi (D-CA) are dead set on ruining the holiday season — and America — by passing their multi-trillion-dollar "wish list" of progressive, pork spending before Christmas.

The Biden regime's "Build Back Better" boondoggle could be the end of America as we know it. The next few weeks WILL determine the future of the United States. It's no exaggeration to say our great nation is teetering on the brink of socialism. Will America remain the land of the free and the home of the brave? Or will Joe Biden and the Democrats create their false utopia of a socialist, police state? Click here to sign the national petition now.

All 50 Senate Republicans insist they'll vote against the bill when it comes to the floor soon. Sinema and Manchin say the bill's "price tag" is too high, and they do NOT support it — at least for now. Either one of their "No" votes will kill Joe Biden's SOCIALIST SPENDING SCAM! If you reject the Unhinged Left trying to use trillions of taxpayer dollars to build a super highway to socialism, please make your voice heard.

Click here to let Sinema, Manchin and GOP leadership know where you stand. When the "Stop The Spending Scam!" national petition reaches 20,000 signatures, Grassfire representatives will deliver your petition on Capitol Hill. Thanks, in advance, for taking action today.