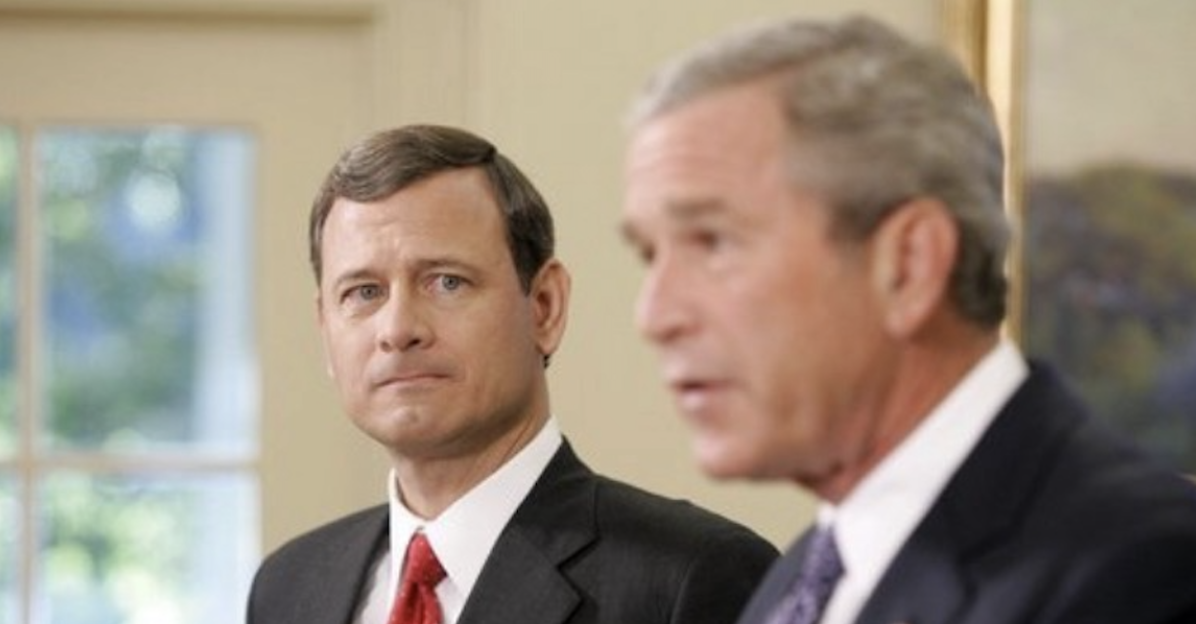 The strongest proof yet has emerged to prove that President Trump's second impeachment trial is not only a SHAM, it's also shaping up to be blatantly and defiantly unconstitutional. Several news outlets are reporting that Supreme Court Chief Justice John Roberts will NOT preside over the Senate trial, even though Article 1, Section 3, Clause 6 of the United States Constitution clearly states: "When the President of the United States is tried, the Chief Justice shall preside."

But Newsweek reports that, instead of Roberts, "Patrick Leahy (D-Vt.), the Senate President pro tempore, will preside. ... Newsweek found no evidence that Roberts refused or was even asked to preside over the trial."

The far-left-leaning, former-print magazine also makes the outlandish claim that: "The Constitution requires the involvement of the chief justice only when the president is on trial. Since Trump no longer is president, there is no requirement for the chief justice to be involved."

But by that same reasoning, if Donald Trump is now a private citizen, the Senate has no jurisdiction in an impeachment trial! This is a ridiculous double standard by radical Democrats and the Unhinged Left! Also, having the nation's longest-serving Democrat Senator preside over the trial of a Republican former president is not only unconstitutional, it's absurdly unfair.

But what's worse is Senate Minority "Leader" Mitch McConnell's (R-KY) unwillingness to fight the Democrats' SHAM impeachment! Instead of refusing to allow Republican Senators to take part in this ongoing charade, McConnell is allowing the witch hunt to proceed as part of his TIRED and FAILED go-along-to-get-along strategy!

Millions of pro-Trump Americans agree that there shouldn't even be an impeachment trial. But McConnell is failing to show ANY leadership in the fight against it! Click here to fax the Senate Minority "Leader" now.

Grassfire is empowering our team members with two "action items" today. First, if you want McConnell to fight against an impeachment trial of President Trump, you can call his office directly NOW. Here are the phone numbers for all SEVEN of his taxpayer-funded offices:

Second, after calling the Senate Minority Leader's office, you can fax McConnell and 49 other GOP Senators to demand they "Reject The Impeachment Witch Hunt!" Grassfire's unique FaxFire system enables you to reach inside the halls of Congress to urge Senate Republicans to stop this blatantly unfair and unconstitutional SHAM trial.

Make your voice heard against this impeachment witch hunt by clicking here or on the banner below now! Immediately fax your personalized message to Senate offices on Capitol Hill for as low as $.50 each:

This second, bogus impeachment shouldn't even go to trial! Tell McConnell and EVERY other GOP Senator to "Reject The Impeachment Witch Hunt!" Please take immediate action by clicking here now. Thanks, in advance, for standing with President Trump today.

P.S. As expected, an overly dramatic processional of Democrats delivered the bogus article of impeachment to the Senate last night. See our previous email here to find out which GOP Senators are lining up to support President Trump and "Reject The Impeachment Witch Hunt!" Or take immediate action to demand ALL 50 Senate Republicans fight against this unconstitutional trial by clicking here or on the banner below now. Instantly fax your personalized, pro-Trump message to McConnell and 49 other Republicans in the United States Senate for only $30: