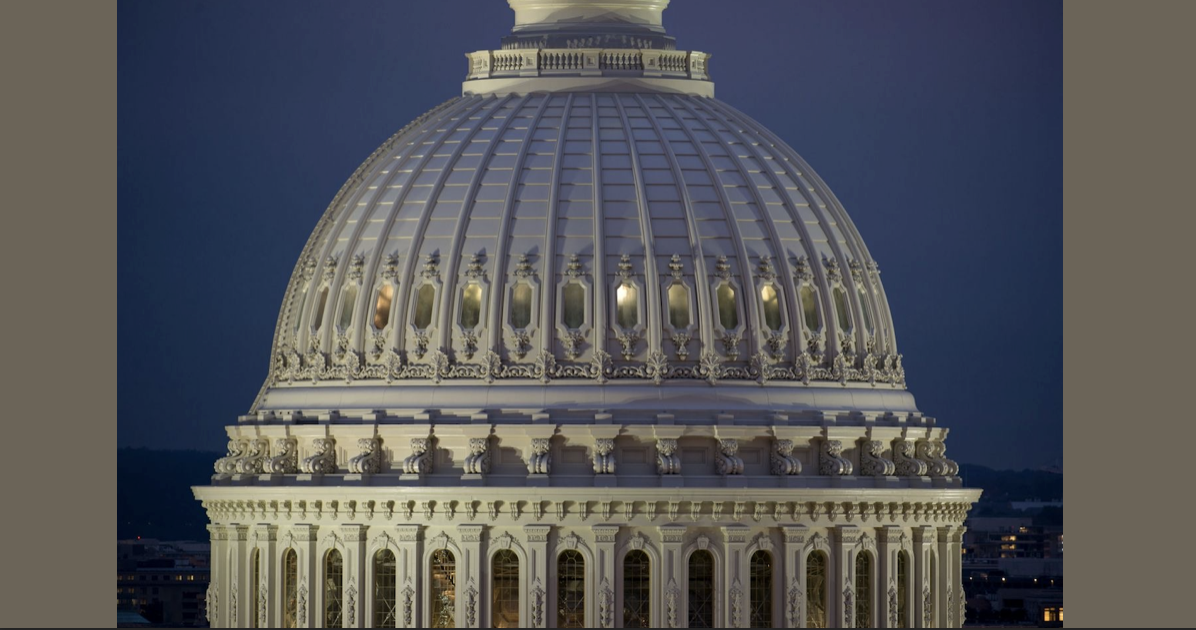 Earlier today, Grassfire staff received an email from the office of Senate Minority Leader Mitch McConnell (R-KY) that contained disappointing, but not surprising, news. It stated that at 7:00 p.m. ET tonight:

"House Democratic Managers are expected to present the Article of Impeachment to the Senate."

As we've been reporting, House Democrats impeached President Trump (again) ten days ago for "incitement of insurrection" and "willfully inciting violence against the government of the United States." But this bogus charge is weaker than the previous ones. In fact, civil-liberties lawyer, Harvard University law professor and best-selling author Alan Dershowitz said earlier this month that the House "twice impeached the same president, both times, on non-impeachable grounds under the Constitution."

But irregardless of the Constitution, it looks like the Democrats are targeting a prime-time audience for their second SHAM impeachment-article delivery. No doubt, House Speaker Nancy Pelosi (D-CA) will include all of the childish pomp and pageantry that she did with the previous delivery of purely partisan impeachment articles against President Trump.

If you remember, on January 15, 2020, a literal parade of Democrats led what Grassfire called "a ridiculous and overly dramatic processional" from the House chambers to the Senate. We expect the same kind of shenanigans again tonight.

On a more positive note, Breitbart News is reporting that more GOP Senators are actively and openly opposing an impeachment trial. In a previous update, we told you that Sen. John Cornyn (R-TX), Sen. Tom Cotton (AL), Sen. Ted Cruz (R-TX) and Sen. Ron Johnson (R-WI) have all stated publicly that they're against holding an impeachment trial for President Trump now that he's a private citizen.

But in an article yesterday, Breitbart said that four other Senate Republicans are speaking out. They include Sen. John Barrasso (R-WY), Sen. Lindsey Graham (R-SC), Sen. Mike Rounds (R-SD) and Sen. Marco Rubio (R-FL), who said, "I think the trial is stupid. I think it’s counterproductive."

So why is Senate Minority "Leader" Mitch McConnell (R-KY) not pushing back? Instead of fighting an impeachment trial against President Trump, he's been coordinating with Senate Majority Leader Chuck Schumer (D-NY) about when it should begin. In fact, the two men agreed to start the proceedings on February 8!

The Upper Chamber is moving forward with a trial and need only 17 of the 50 GOP Senators to vote in favor of convicting the President to impeach him. So far, less than a dozen Senate Republicans have weighed in on how they'd vote. Most have said they'll vote to acquit, but that's not enough. Today, you can let them know how outraged you are about this third witch hunt against Donald Trump!

To help you fight back and stand with President Trump, Grassfire has launched the "Reject The Impeachment Witch Hunt!" FaxFire. Take immediate action by instantly faxing ALL 50 Republican Senators, demanding they denounce a Senate trial and vote against impeaching the President!

Grassfire is urging our team members to start faxing Senators now! Our "Reject The Impeachment Witch Hunt!" FaxFire can reach every GOP Senator with your personalized message for only $30. Click here or on the banner below to immediately fax 50 Republicans in the "Upper Chamber" for just $.60 each:

Again, your personalized message will reach EVERY Republican Senator -- up to 50 faxes in all -- for just $30. To encourage team members to take action, we've discounted our LEVEL ONE FaxFire by 40%!

Click here to immediately demand that Senators "Reject The Impeachment Witch Hunt!" against President Trump. To see a complete list of FaxFire targets and their contact information, click here. Thanks, in advance, for taking action today.

P.S. This is a CRITICAL ALERT! Grassfire is urging every grassroots patriot to make their voices heard by demanding Senators reject this witch-hunt trial and vote against impeaching President Trump. Schedule your personalized faxes for immediate delivery to Senate offices now! Click here or on the banner below to instantly send 50 "Reject The Impeachment Witch Hunt" faxes to GOP Senators on Capitol Hill for just $30: