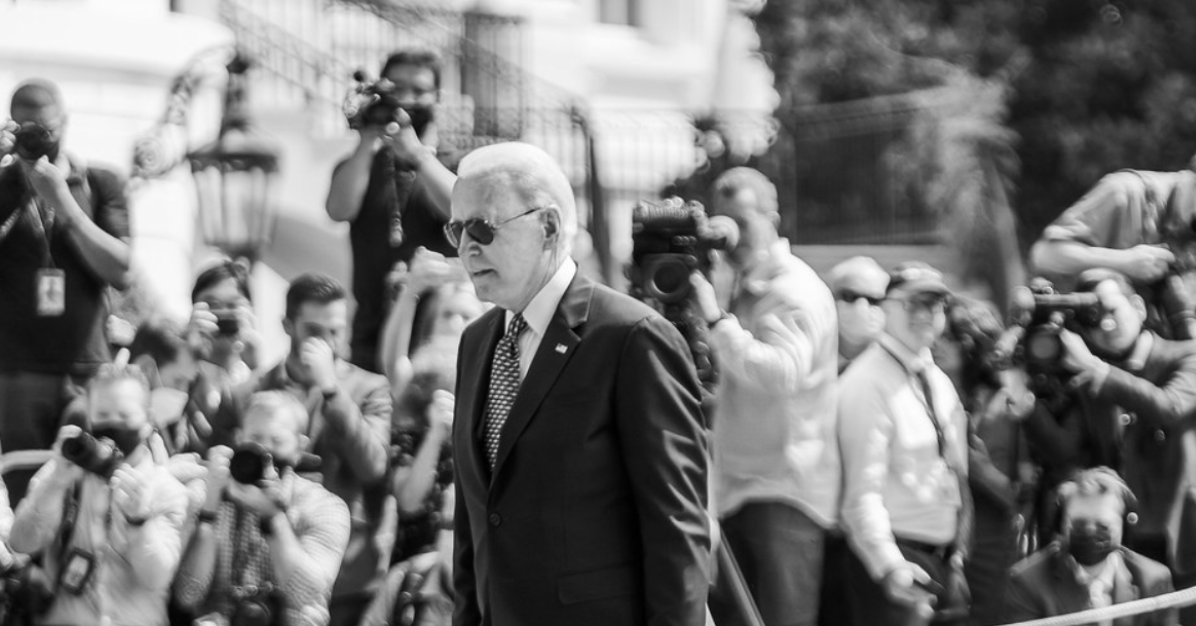 socialism (noun): a stage of society in Marxist theory transitional between capitalism and communism...

While still a presidential candidate in October 2008, Barack Obama made it very clear that his mission was "fundamentally transforming the United States of America." His surrogates -- Joe Biden, House Speaker Nancy Pelosi (D-CA) and Senate Majority Leader Chuck Schumer (D-NY) -- have picked up where the former "Radical-in-Chief" and the rest of the D.C. Swamp left off.

The Biden regime and their allies in the House and Senate are trying to push a $4.9-trillion, SOCIALIST SPENDING SCAM down the throats of the American people. They're rushing to pass the biggest expansion of the federal government in our nation's history -- even though 60% of people surveyed don't agree. But if this far-left "wish list" of progressive-pork spending becomes law, we could be facing the end of America as we know it.

The radical Democrats' push to create "The United States of Socialism" is a threat to YOUR constitutional liberties, personal freedom and way of life. If grassroots patriots don't take action AGAINST Joe Biden's "Build Back Better" boondoggle, the $4.9-trillion "wish list" of radical, progressive-pork spending is likely to push America into full-blown socialism.

All 50 GOP Senators insist they'll vote against the bill when it comes to the floor soon. Two "moderates," Sen. Kyrsten Sinema (D-AZ) and Sen. Joe Manchin (D-WV), say the bill's "price tag" is too high, and they do NOT support it -- at least for now. Just one of their votes can kill Mr. Biden's SOCIALIST SPENDING SCAM!

Before the Senate takes up the $4.9-trillion, radical, far-left "wish list" next week, Grassfire wants to know if our team members are concerned about the Biden regime's awful tax-and-spend plan. Will it end America as we know it?

It's no exaggeration to say our great nation is teetering on the brink of socialism. The next few weeks WILL determine the very future of the United States. Is America going to remain the land of the free and the home of the brave? Or will Joe Biden and the Democrats successfully create their false utopia of a socialist, police state?

Even The Wall Street Journal is sounding the alarm about the SPENDING SCAM. The newspaper's editorial board warned this month, "Americans should be shouting from the rooftops to stop this steamroller before they wake up to a government that dominates their lives in a country they don't recognize."

Grassfire can empower you to "shout from the rooftops" by making your voice heard on Capitol Hill. Vote now in our "Yes or No?" QuickPoll, and we'll share the results with Senate Minority Leader Mitch McConnell's (R-KY) office after reaching 10,000 responses.

Again, the Unhinged Left is trying to use trillions of taxpayer dollars to build a super highway to socialism. The only way to stop the $4.9-trillion boondoggle is for patriots to rise up and take action! Thanks, in advance, for voting today.

P.S. The Wall Street Journal's editorial board isn't pulling any punches with their criticism of the "Build Back Better" boondoggle. They've also called Joe Biden's and the Democrats' SOCIALIST SPENDING SCAM "rotten tax policy" and "increasingly unpopular," adding: "The best result would be for the entire farce to collapse from its own dead weight." The newspaper insists the costs are"phony" but "the social and fiscal damage are real." Do you agree? Vote Yes! or No! in Grassfire's new QuickPoll now: