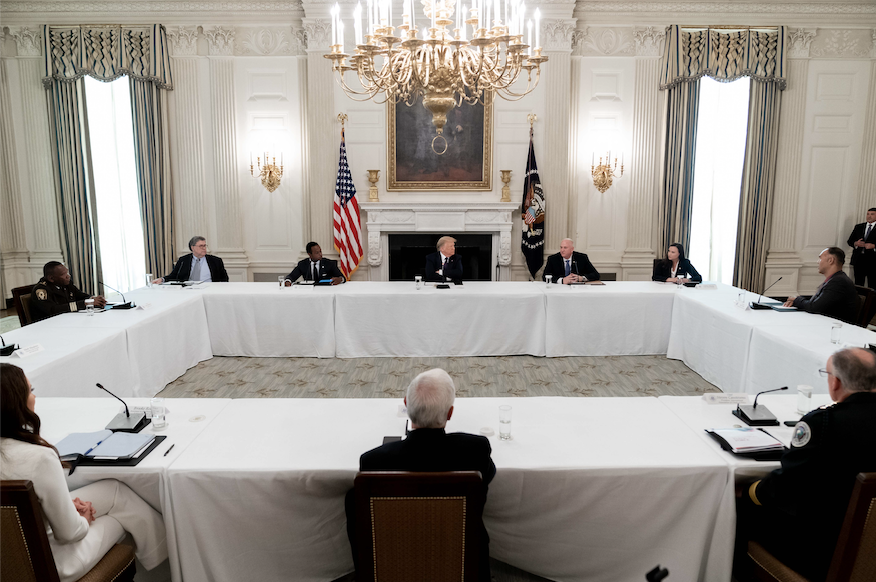 In the past 48 hours, President Trump and Senate Republicans have announced efforts to institute nationwide police reform. In the White House Rose Garden on Tuesday, our Commander-in-Chief said he wants "to deliver a future of safety and security for Americans of every race, religion, color and creed." He also promised "to fight for justice for all of our people" and insisted that our great nation is "united by our desire to ensure peace and dignity and equality for all Americans."

Yesterday, Sen. Tim Scott (R-SC), who authored and unveiled the GOP's "JUSTICE Act", told his colleagues in the Senate that his bill "is a serious nationwide effort tackling the issues of police reform: accountability and transparency." He also urged lawmakers to not "miss the moment" by being "unwilling to have a serious conversation about a serious issue that, in my opinion, is a greater threat to his nation than perhaps anything we've seen because we've never solved it."

In Grassfire's recent "Support Our Police?" QuickPoll, team members stood, overwhelmingly, with the men and women "in blue." Of the more than 21,000 votes we received, 98% of them defended law enforcement, while only 2% called for defunding the police. We want to know if that support also extends to reforming certain policing techniques, such as chokeholds, body cams, information sharing, etc.

That's why, today, we're launching a new "Police Reform?" QuickPoll. We want to know what you think about the President's and the GOP's strategy moving forward in light of deadly police interactions that seem to have the entire nation on edge. Your response now will help shape Grassfire's messaging next week about passing the Senate's "JUSTICE Act."

If you agree that now is a good time to institute police reform to ensure that law-enforcement techniques and interactions are safer and have better outcomes, please click here on the "YES!" button below. If you do NOT agree with the President's and Senate GOP's efforts to institute nationwide police reform at this time, please click here or on the "NO!" button below.

Thanks, in advance, for taking action today via our "Police Reform?" QuickPoll. We'll reveal the results after the poll receives 10,000 votes.

P.S. QuickPolls are not scientific nor do they endorse a specific candidate or position. Grassfire polls are for informational purposes only.