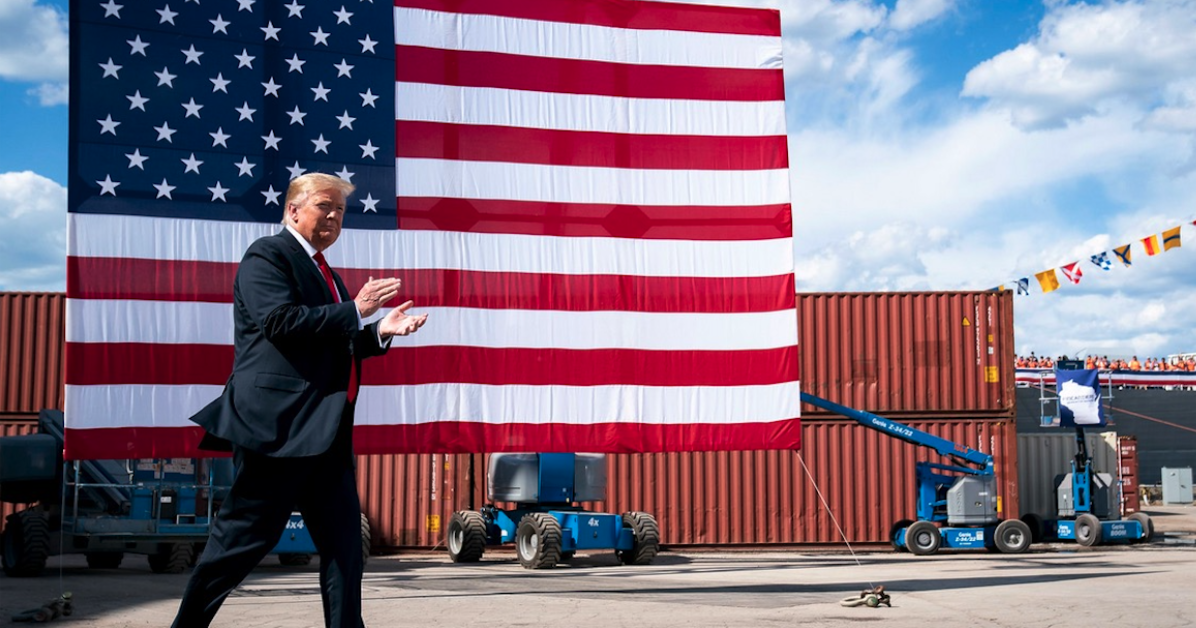 After two days of listening to the hypocrisy, double standards and breathless hysteria of Democrat House managers, it's President Trump's turn to make his case against impeachment. His legal team is expected to launch their defense at noon ET today by highlighting inflammatory rhetoric from Democrats.

They'll reportedly present video evidence that's as intense or worse than anything America's 45th president said on January 6. According to FOX News:

...they are expected to allege that Democrats are being hypocritical by saying that Trump incited the Capitol mob by telling his followers they have to "fight" against a "stolen election."

They're likely to point out past instances when Democrats have used combative rhetoric, playing videos similar to how the House impeachment managers used video of Trump speaking to make their case against him.

President Trump's legal team has two days (or 16 hours) to present his defense, but FOX News says "the impeachment trial could end sometime before the end of the weekend -- potentially Saturday or even earlier." Today's arguments by Mr. Trump's lawyers might only last "three or four hours" and be immediately followed by Senators clearing "procedural hurdles" to end the trial.

That means a Senate vote to convict or acquit President Trump on the House's impeachment charge of "incitement of insurrection" is expected to happen THIS WEEKEND. Now is a critical time to make your voice heard! Click here to fax Senators now.

Forty-four Republicans have voted TWICE that the impeachment trial is unconstitutional. Seventeen GOP Senators would need to break ranks for a conviction, but only six have sided with Democrats so far. If Republicans stand together and vote to acquit, Democrats have NO CHANCE of retroactively removing President Trump from office or preventing him from running for the White House again in 2024.

Grassfire is empowering our team members to make their voices heard with our "Reject The Impeachment Witch Hunt!" FaxFire. Tell all 50 GOP Senators to end the Democrats' "circus trial" and vote "NO!" on convicting Donald Trump.

In just minutes, your personalized message can reach EVERY Republican in the United States Senate. Click here or on the banner below to immediately fax 50 GOP Senators for just $30:

On Tuesday, 88% of GOP Senators (44 out of 50) stood with President Trump against this unconstitutional impeachment trial. Democrats need an additional 11 Republicans to change their minds for a conviction, which is HIGHLY unlikely. But it's NOT guaranteed! A vote on our 45th president's guilt or innocence is expected within days. So...

P.S. We're urging every grassroots patriot to make their voice heard by faxing all 50 Senate Republicans demanding they vote "NO!" on impeaching President Trump. Take action as this unconstitutional trial comes to an end by scheduling your personalized faxes for immediate delivery to Senate offices on Capitol Hill. Click here or on the banner below to instantly send your "Reject The Impeachment Witch Hunt" faxes to 50 GOP Senators for just $30: