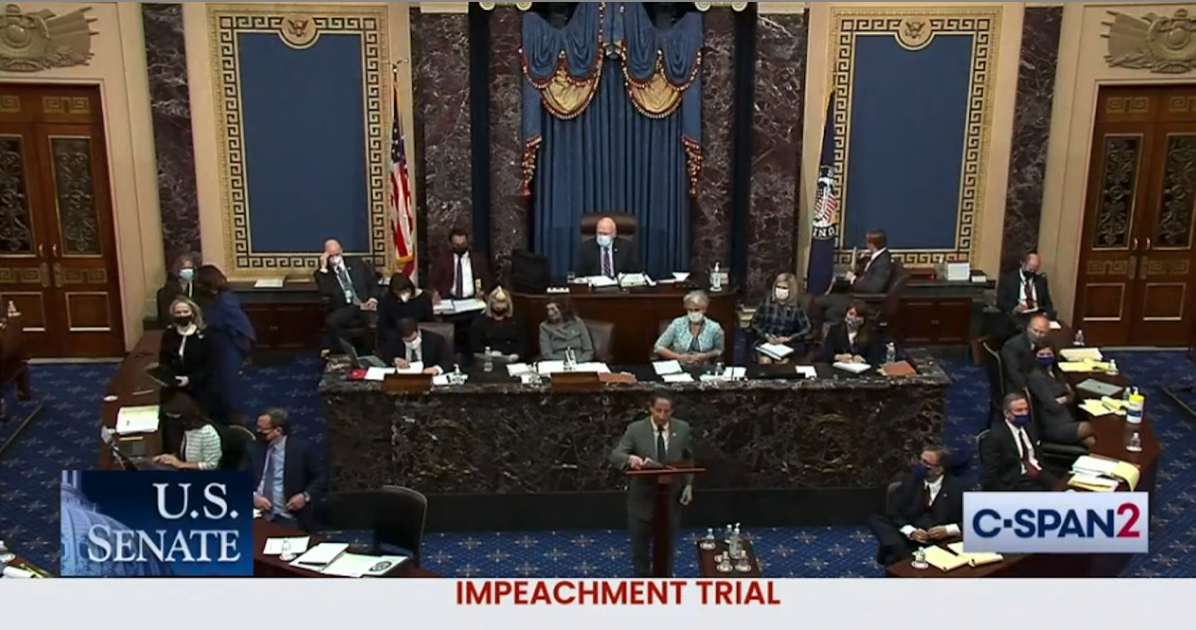 The Senate's second impeachment trial of President Trump is proving to be useless, partisan, political theater. The Democrat managers leading the prosecution continue to reveal just how weak their case is. After watching the effort to convict Mr. Trump on the House's bogus impeachment charge of "incitement of insurrection," one GOP lawmaker came just short of calling the proceedings a clown show.

On FOX News' "Hannity" last night, Rep. Devin Nunes (R-CA) called the impeachment trial a "circus" led by the radical Left. He even called the House managers a "B team" of the "most radical ... conspiracy theorists."

If the FAKE NEWS media had any conscience, credibility or decency, they could investigate and report the deceit and bad faith that's clearly evident in the House managers' case. Because that's not happening, here are Grassfire's "Top 5" most-egregious actions by Democrat lawmakers during the first two days of the trial:

Forty-four Republicans have voted TWICE that the impeachment trial is unconstitutional. If they stand together and vote to acquit, Senate Dems have no chance of convicting President Trump.

That's why Grassfire is empowering our team members to make their voices heard with our "Reject The Impeachment Witch Hunt!" FaxFire. Tell all 50 GOP Senators to end the Democrats' clown show and vote "NO!" on convicting Donald Trump.

In just minutes, your personalized message can reach EVERY Republican in the United States Senate. Click here or on the banner below to immediately fax 50 GOP Senators for just $30:

On Tuesday, 88% of GOP Senators (44 out of 50) stood with President Trump against this unconstitutional impeachment trial. Democrats need an additional 11 Republicans to change their minds for a conviction, which is HIGHLY unlikely -- but not guaranteed.

P.S. We're urging every grassroots patriot to make their voice heard by faxing all 50 Senate Republicans demanding they vote "NO!" on impeaching President Trump. Take action to end this "circus" of a trial by scheduling your personalized faxes now for immediate delivery to Senate offices on Capitol Hill! Click here or on the banner below to instantly send your "Reject The Impeachment Witch Hunt" faxes to 50 GOP Senators for just $30:

My Recent Position Of 21 Years Ago (JonathanTurley•org)

Chaos in the Senate (Breitbart News)

The Power to Try Impeachments (Congress•gov)

Dems' case against Trump is a joke!
GOP Rep: Trump trial a "circus" led by radical Left
Read the blog at Grassfire