"We love you!" chant echoes across America 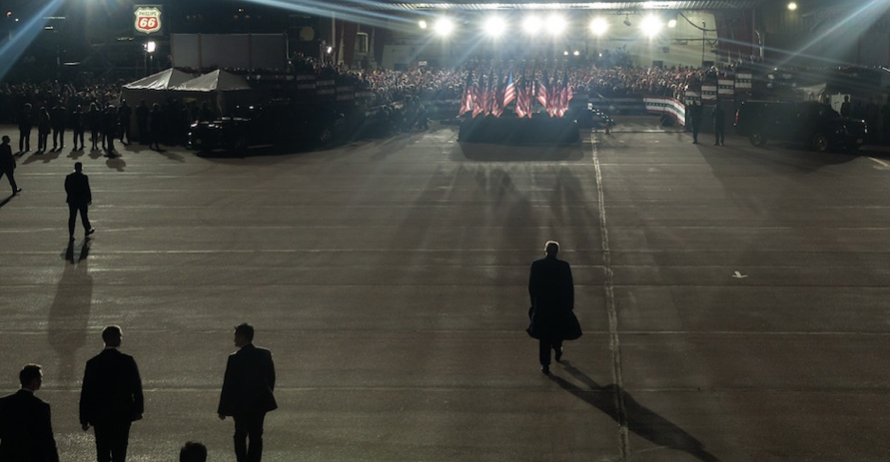 By now, you probably heard about the new campaign chant that's sweeping across the country in support of President Trump. We're not talking about "Four more years!", which is still a great one. It's "WE LOVE YOU!"

This chant is unprecedented in presidential politics, and it began at President Trump's "peaceful protest" in North Carolina on Tuesday, September 8. Since then, those three words have continued to echo -- loudly -- across America. Grassfire wants to help YOU keep it going.

Due to hysterical, draconian and oppressive COVID-19 restrictions limiting large gatherings, only a small fraction of Americans will attend a Trump rally this election season or be able to see the President in person. So, Grassfire is giving you the opportunity to join thousands of other patriots in telling our Commander-in-Chief exactly how you feel.

The President endures a near-constant barrage of hate and vitriol from the D.C. Swamp and FAKE NEWS. Even this week's signing of a historic Middle East peace treaty is seen as a "distraction" by radical Leftists, like House Speaker Nancy Pelosi (D-CA). You can join with pro-Trump Americans in North Carolina, Michigan, Nevada and at other "peaceful protests" who are telling our Commander-in-Chief, "WE LOVE YOU!"

Take action now by signing the national "We Love You, President Trump!" Petition. Click here or on the banner below to add your name with just a few clicks:

Push back against the "haters" to share an expression of your appreciation and admiration for the President. Click here now to add your name to the national "We Love You, President Trump!" Petition. When we reach our goal of 10,000 signers, Grassfire representatives will deliver your name to the Trump campaign.

After signing, please consider sharing this email with your pro-Trump friends and family members. Urge them to add their names, too. Thank you, in advance, for taking action today.

P.S. Again, the "WE LOVE YOU!" chant is unprecedented in the history of presidential-campaign politics. It's reverberating across America, but you can make it do even more. There's still a long way to go (6,000+ signers) to reach the 10,000-signer goal, but it can be done with your help. After signing, please forward this email to your friends and family members. Urge them to stand with you by clicking here or on the banner below to sign the national "We Love You, President Trump!" Petition: