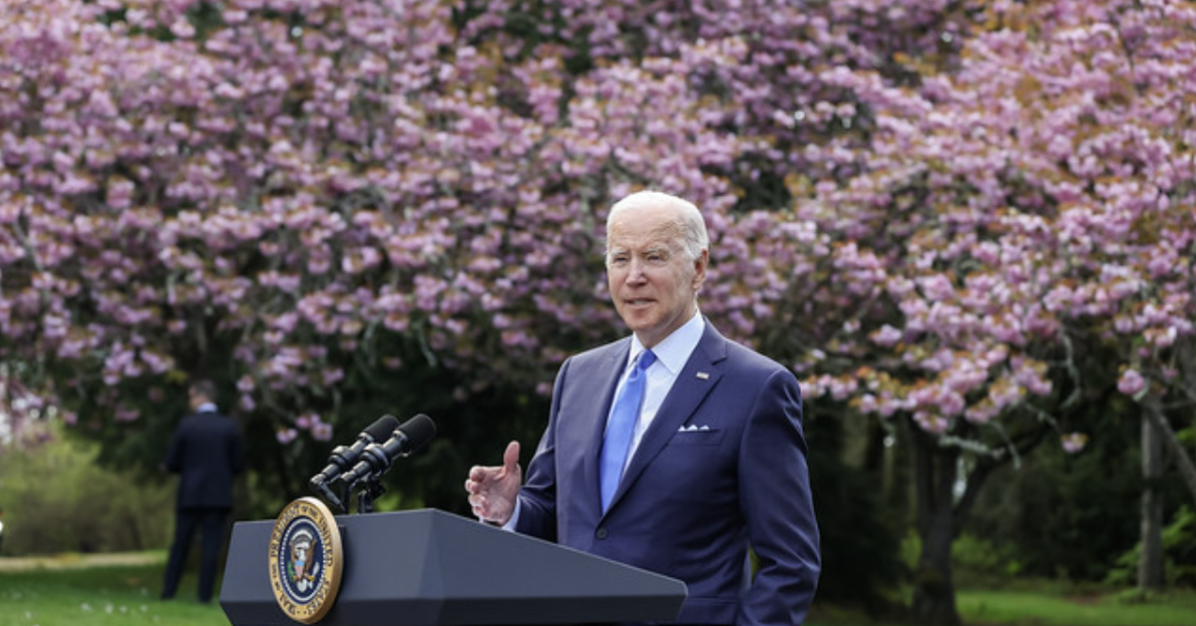 Joe Biden's "power grab" on guns is picking up steam among Democrats. Last night, the anti-Second Amendment crowd's "Liar-in-Chief" laid out his plan to punish law-abiding, Americans who own and use firearms. Breitbart News reports, "President Biden stated that the Second Amendment is 'not absolute,' then segued into a gun control push that included at least eight different gun law proposals."

The list included banning "assault weapons" and "high-capacity magazines." Democrats love to use those "scary" terms to describe guns and accessories they don't like but are valuable for personal and home protection. He also called for "strengthening background checks," which doesn't need executive action or a new law because those are already the responsibility of the federal government.

Mr. Biden wants "safe-storage" and "red-flag" laws, too. Illinois already has the latter, and 46 people were shot in Chicago over Memorial Day weekend alone. So, America can see in real time how well that's working. Mr. Biden also claimed that gun manufacturers are immune from liability. According to Breitbart, the Protection of Lawful Commerce in Arms Act (PLCAA) only "shields gun makers in instances where the guns in view were lawfully made and lawfully sold."

"'Do Something' is not a serious policy, but the actual policies that he listed are extremely troubling. I think it's comforting for simple-minded people to think that restricting the natural right to keep and bear arms would solve all of our problems, that destroying the Constitution would solve our problems. ... That is not true, and we have a Natural Right of self-defense [and] to guard against tyranny in the Second Amendment. This is something that makes us American. And Joe Biden showed that he does not respect the Constitution. He does not support this Natural Right. That really is an impeachable offense to talk this way against something so foundational to the country."

If you agree and want to help save the Second Amendment from tyranny, make your voice heard now. Take action to oppose the Biden regime's efforts to disarm the American people. Click here or on the banner below now to sign the national petition to "Protect The Second!":

In Grassfire's previous "Second Amendment" update, we shared Tucker Carlson's take on Joe Biden's and the radical Democrats' "power grab." If you missed that email, please go here. Find out why we think Tucker is "on target" about the Unhinged Left's gun-control efforts. Thanks, in advance, for taking action this morning.

P.S. In the aftermath of last month's deadly school shooting in Uvalde, Texas, Democrats have renewed their push for more gun control with help from Senate RINOs. If you don't want a knee-jerk reaction to a politicized tragedy to punish millions of law-abiding gun owners, go here now to make your voice heard: