Tucker on target about gun control 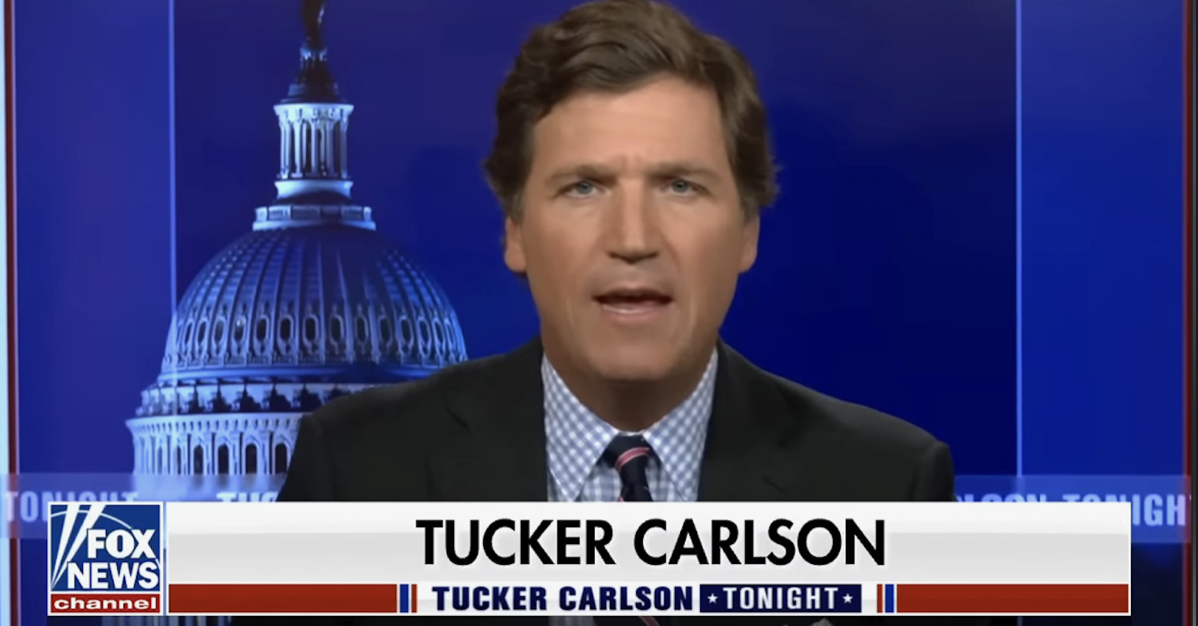 The battle over gun rights versus gun control is staying near or at the top of the national-news cycle. In the midst of this constitutional fight, Joe Biden continues either lying to the American people or being ridiculously ignorant about firearms and the Second Amendment.

Previously, Grassfire told you about Mr. Biden's debunked talking point that "you couldn't buy a cannon when the Second Amendment was passed." We also reported on the "Commander-in-Chief's" erroneous claim that a 9mm bullet "blows the lung out of the body."

But the talking-point switch to the 9mm from the AR-15 was noteworthy. It made Grassfire wonder if the Unhinged Left's anti-gun narrative is shifting. Tucker Carlson of FOX News picked up on it, too. On Tuesday night, he said:

"For years, it's been about the AR-15, but things are changing. Joe Biden is now calling for a ban on the ubiquitous 9mm round." (Click here to watch.)

The "Tucker Carlson Tonight" host didn't appreciate Mr. Biden "lecturing" Americans about there being "no rational basis for the 9mm round in terms of self-protection." He insisted:

"The opposite is true. The 9mm is the main self-protection round in the United States. ... People use them to protect their families. And if you take them away, Americans will no longer be able to defend themselves in the middle of a crime wave that was wholly manufactured by the same people who are trying to strip your guns from you. And that's, of course, the point. This is a power grab."

+ + Tell Republicans To "Protect The Second!"

Gun-rights supporters fear that with Democrats controlling the House of Representatives, the Senate and the White House, lawmakers will "overreach" in the wake of recent politicized tragedies. Either through additional executive orders or new legislation, the Biden regime -- with the help of House and Senate RINOs -- could further infringe on the constitutional, Second Amendment rights of law-abiding citizens.

You can take immediate action to ensure your constitutional right to "keep and bear Arms" is NOT violated or repealed. Protect yourself and your loved ones by signing "Protect The Second Amendment!" national petition.

Take action to oppose Joe Biden-led efforts to disarm the American people. Make your voice heard on Capitol Hill. Click here or on the banner below now to sign the national petition to "Protect The Second Amendment!":

As American cities become battle zones of rising crime and gang violence -- and as the U.S. southern border disintegrates -- the Biden regime, radical Democrats and Senate RINOs should NOT make it harder for law-abiding citizens to protect themselves.

Take immediate action by clicking here to add your name to the "Protect The Second Amendment!" national petition now. When gun-control legislation is pending, Grassfire will hand-deliver your petition to key congressional leaders, demanding they take action to protect your constitutional right "to keep and bear Arms"! Thanks, in advance, for taking action today.

P.S. When criminals use guns to hurt and kill people, it's tragic and totally unacceptable. Most Americans would agree that no terrorist, criminal or mentally ill person should be allowed access to firearms. But if you think gun-control laws should NOT prevent mentally competent, law-abiding citizens from exercising their God-given constitutional right "to keep and bear Arms," you can make your voice heard. Go here to sign now:

Tucker: This is a power grab (FOX News)