URGENT: Fight back against Pelosi's "Day of Action"! 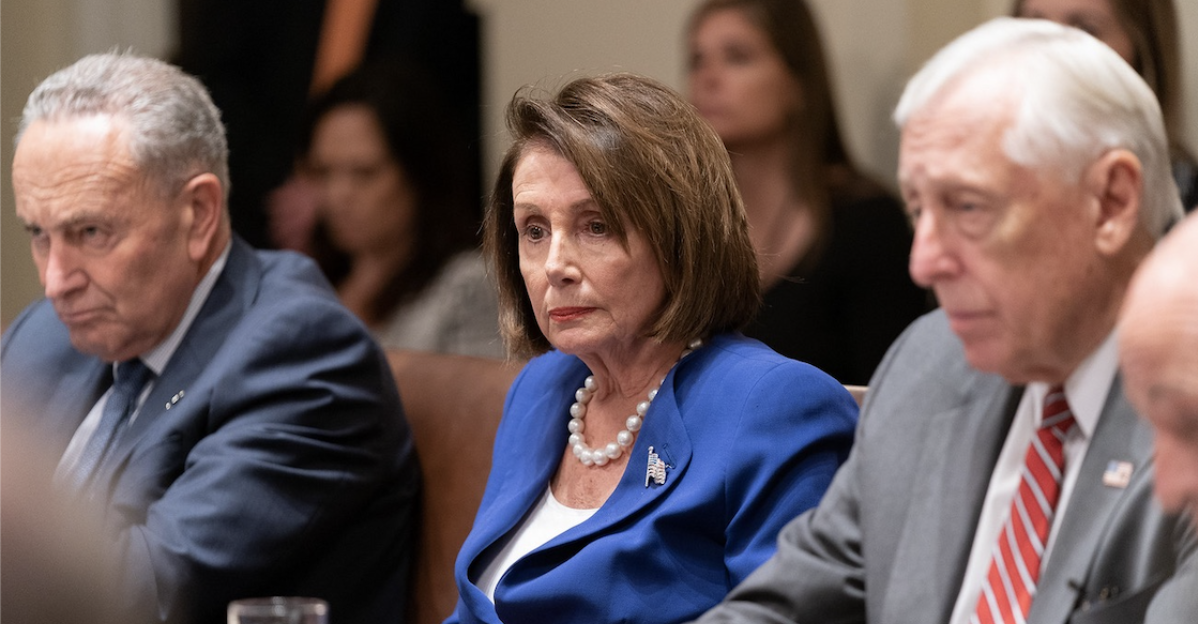 URGENT: House Speaker Nancy Pelosi (D-CA) is doubling down on her "war against the post office" attacks against President Trump. She's declared tomorrow a "Day of Action." So, Grassfire is calling on American patriots to take action TODAY! Please see our urgent update below for the truth about the Dems' post-office hoax. --Grassfire

Democrats are trying to manufacture another crisis to destroy President Trump. We first told you about the post-office hoax last week. House Speaker Nancy Pelosi (D-CA) and her ilk are crying that President Trump has "declared war on the post office" for refusing to support a huge financial bailout of the federal agency as part of a coronavirus relief bill. Democrats want $25 billion for postal operations and another $3.5 billion for mail-in voting.

But the far-Left Washington Post reported on July 29, "The Treasury Department agreed to loan the U.S. Postal Service $10 billion in emergency coronavirus relief funding." How does loaning the federal agency $10 billion become "a war on the post office"? When Democrats want $28.5 billion for their spending wish list!

Pelosi extended her attack against the President yesterday, calling the House back into session THIS WEEK to "Save the Postal Service." She announced it in a press release that read, in part:

Alarmingly, across the nation, we see the devastating effects of the President’s campaign to sabotage the election by manipulating the Postal Service to disenfranchise voters. ... Lives, livelihoods and the life of our American Democracy are under threat from the President. ... To save the Postal Service, I am also calling upon Members to participate in a Day of Action on Tuesday by appearing at a Post Office in their districts for a press event. In a time of a pandemic, the Postal Service is Election Central. Americans should not have to choose between their health and their vote.

Please. Stop. The drama is so over the top -- even for Pelosi! The post office is NOT "Election Central." Democrats simply claiming that it is won't make her statement true -- especially 78 days before the presidential election!

President Trump may not be a fan of how the post office is run, but it's easy to see why. In 2018, he called the U.S. post office Amazon's "Delivery Boy" because he thinks American taxpayers are unfairly underwriting delivery costs for the online mega-retailer. But our Commander-in-Chief said last week that he's open to signing legislation to fund the post office, as long as the bill is "a separate thing" not tied to coronavirus relief.

Senate Majority Leader Mitch McConnell (R-KY) says he wants the USPS "on good firm footing going into the November election." Other Republicans and members of the Trump administration insist there's no conspiracy against the post office. Politico says they call the Democrats' hysterical efforts "partisan" and a "money grab." It's also worth noting that the GOP isn't trying to undermine or discourage absentee voting, as some on the Left claim.

This manufactured crisis basically boils down to a disagreement about how to best spend the American taxpayer's money. Republicans just happen to think that financing possible ballot harvesting and voter fraud is a bad idea.

The bottom line is that President Trump and Republicans in Congress are rejecting efforts to institute widespread mail-in voting for the 2020 election. Radical Democrats and FAKE NEWS hate that and are doing whatever they can to make it happen.

With a House vote on a post-office relief bill shaping up for THIS SATURDAY, grassroots patriots like you, {{recipient.first_name_or_friend}}, have just five days to make your voices heard! If you're AGAINST a Democrat-led rush to use mail-in ballots for the presidential election on November 3, click here or on the banner below to fax your Governor, Representative, two Senators and key House and Senate leaders now -- including House Speaker Nancy Pelosi. Demand they say "NO!" to voting by mail:

One more thing, ask yourself if you're comfortable putting the presidential election in the hands of the post office. The coronavirus pandemic is already challenging our mail system and many other industries like never before. Do you want to add the pressure of distributing and processing tens of millions of ballots so close to Election Day?

If you answered "NO!" to that question, we urge you to fax Speaker Pelosi NOW, along with your Governor, Representative, Senators and key leaders in the House and Senate. For just $15, demand they say "NO!" to vote by mail. Pressure lawmakers to take action and ensure "No Election Mail Fraud!" Click here now to schedule your personalized faxes for immediate delivery.

The United State's voting process must be credible and trustworthy. If people can social distance while standing in line at a supermarket, bank, etc., they can do the EXACT same thing to vote! But the Democrats and their activist media allies have spent nearly six months trying to scare Americans to death (or into submission) about COVID-19. Now, because many of their supporters are afraid to leave their homes and vote, they want to change the rules at the last minute.

Go here to send your "NO ELECTION MAIL FRAUD!" faxes now! To see a full list of FaxFire targets and their contact information, click here. Thanks, in advance, for taking action today!

P.S. As we've mentioned before, paper ballots are "extremely susceptible to fraud." Also, absentee ballots, which voters have to request personally, "remain the largest source of potential voter fraud." Radical Democrats and the activist media want to mail millions of ballots to anyone and everyone they can. This vote-by-mail scheme would undermine the integrity of the 2020 elections. Members of both parties could engage in ballot harvesting, ballot stealing or ballot fraud, all of which could significantly impact the final vote. If you think America can't risk this kind of election fraud, click here or on the banner below now to instantly fax lawmakers and urge them to say "NO!" to vote by mail: