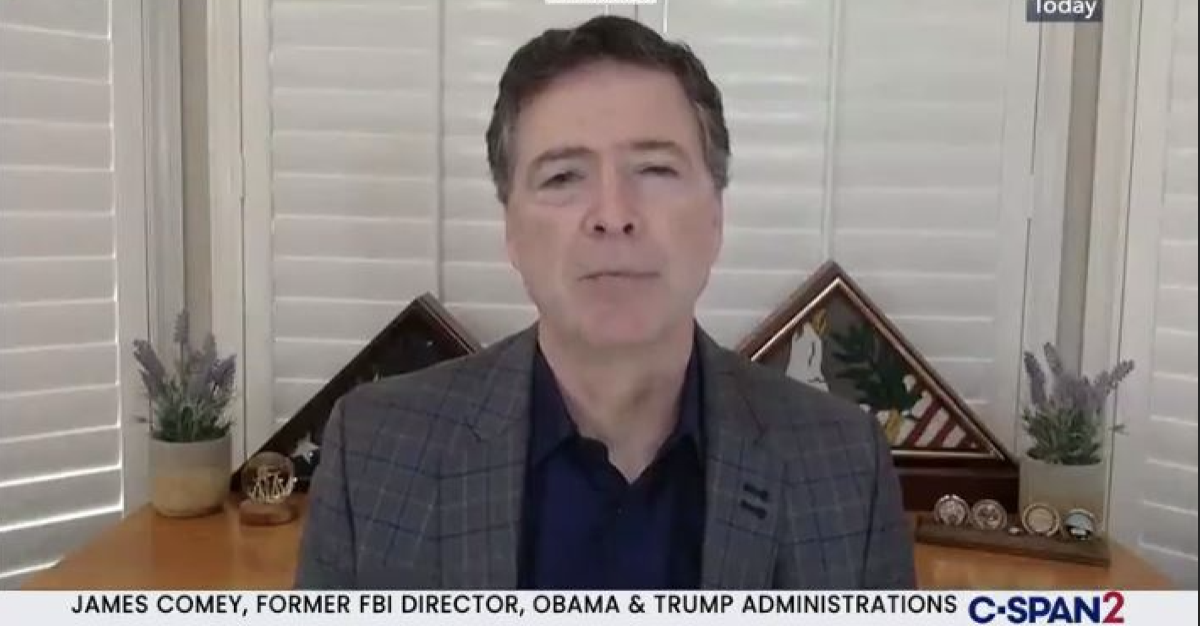 When pressed by committee chairman Sen. Lindsey Graham about the infamous Steele Dossier, which was full of Russian disinformation about the President, the fired FBI chief played dumb. Under oath, Comey testified: "I don't remember any information reaching me about the source for Steele."

"WHY IT MATTERS: Newly declassified records show FBI Russia team knew as early as Dec 2016 the primary source for the Steele dossier was the subject of 2009 FBI investigation."

On September 24, Herridge also reported via Twitter: "The primary sub-source for the Steele dossier was deemed a possible 'national security threat' + the subject of 2009 FBI counter-intel probe." The proof is there, indicating Comey knew the anti-Trump info was garbage, yet he now says he can't remember?!

The ObamaGate lies border on pathological. Comey is a man who the Justice Department inspector general said leaked sensitive law-enforcement material in the Trump-Russia investigation. He paints himself as a patriot, calling the Russia-collusion Witch Hunt "appropriate" and "essential that it be done."

Yet, he admits that aspects of "Crossfire Hurricane" were "sloppy" and "embarrassing." Finally, he's done nothing but enrich himself with a lucrative book deal and six-figure speaking engagements in the wake of his treacherous (and possibly treasonous) acts.

GOP members of the Senate Judiciary and Homeland Security Committees need to hear from grassroots Americans who want justice for President Trump. Any and all ROGUE members of the Obama administration MUST be held accountable! We the People don't need more of the "Play Fight and Surrender" strategy Republicans have perfected since Barack Obama took office in 2008!

Do you want to see BOTH of the above-mentioned Senate committees intensify their investigation into possible corruption by the Obama administration? If so, reach directly into dozens of Capitol Hill offices with Grassfire's "INVESTIGATE OBAMAGATE" FaxFire -- for just $15!

Click here or on the banner below to instantly send your personalized message to your Senators, your Representative and EVERY Republican member of the Homeland Security AND Senate Judiciary Committee. Demand they hold key members of Obama's inner circle responsible and accountable for any Deep State, D.C. Swamp attacks against President Trump:

ObamaGate could be THE greatest political scandal in U.S. history -- all designed to undermine Candidate, President-elect AND President Trump! The GOP needs to work harder AND faster to EXPOSE any and all Obama-era corruption.

The clock is ticking on ObamaGate! If Joe Biden wins the presidency or Republicans lose control of the Senate in next month's elections, the American people are not likely to know the truth about possible corruption in the Obama administration.

For just $15, you can go here to instantly reach your Representative, your two Senators and every GOP member of the Homeland Security AND Senate Judiciary Committees. Even if you've sent "INVESTIGATE OBAMAGATE" faxes before, please consider reaching out again. Thanks, in advance, for taking action!

P.S. Again, American patriots need to rise up and call on the Republican-led Senate to take action by fully investigating this scandal. The time for empty promises is over. It's time for action! Utilize Grassfire's "INVESTIGATE OBAMAGATE" FaxFire to demand Senators ramp up the investigation into possible corruption within the Obama administration! Click here or on the banner below now to demand the GOP stand with President Trump and EXPOSE ObamaGate: