Fax Congress To Demand The Senate Investigate And Expose ObamaGate! 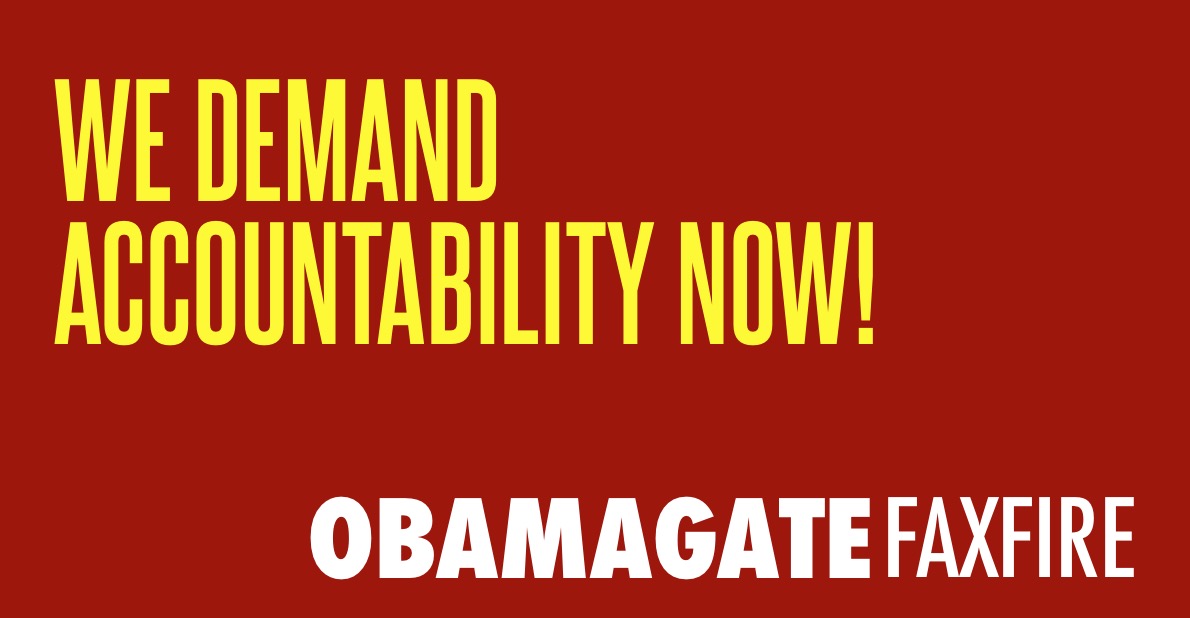 The "ObamaGate" scandal erupted on Capitol Hill in May. But the United States Senate, so far, has taken little action against a suspected Deep State conspiracy aimed at taking down President Trump!

The corruption claims are based on sworn testimony and recently de-classified documents relating to the federal investigation into the Russian-collusion hoax. Those implicated in ObamaGate include the former president, members of his administration, the FBI, the Department of Justice (DOJ), the Hillary Clinton campaign and the Democratic National Committee (DNC).

Americans were forced to endure three years of Democrats crying "Russia, Russia, Russia," while they wasted millions of taxpayer dollars on the bogus Mueller investigation. But the Russia-hoax Witch Hunt is just the tip of the iceberg surrounding ObamaGate.

++ Action: Fax the Senate Judiciary Committee and demand an investigation!

Grassroots patriots MUST demand accountability for those involved in this "soft" coup d'etat! For more than a year, Sen. Lindsey Graham (R-SC), chairman of the powerful Senate Judiciary Committee, has threatened to subpoena key figures connected to the Justice Department and the FBI. But so far, he has failed to act. Now, members of the Senate Homeland Security and Governmental Affairs Committee are also dragging their feet. Demand Senate Republicans conduct a full investigation and call for the prosecution of anyone involved in attempts to destroy President Trump!

Grassfire's "ObamaGate" FaxFire reaches YOUR Senators and Representative, as well as Sen. Graham, Homeland Security Committee Chairman Ron Johnson (R-WI), RINO Sen. Mitt Romney (R-UT) and every GOP member of the Homeland Security and Judiciary Committees for just $15. Expand your impact and reach ALL GOP SENATORS by choosing "Bigger Impact" at a 44% discount and demand they investigate the 44th president!

If you think it's time for Senate Republicans to call for INVESTIGATING AND PROSECUTING any and all anti-Trump collusion between the Obama administration, the FBI, the DOJ, the Clinton campaign and the DNC, send your faxes now. (See fax targets by clicking here.)

Sign in with or
Don't have an account? Click here to create one.
Please check your e-mail for a link to activate your account.
Fax Congress NOW: Demand Senators Investigate "ObamaGate"!
Read the blog at Grassfire