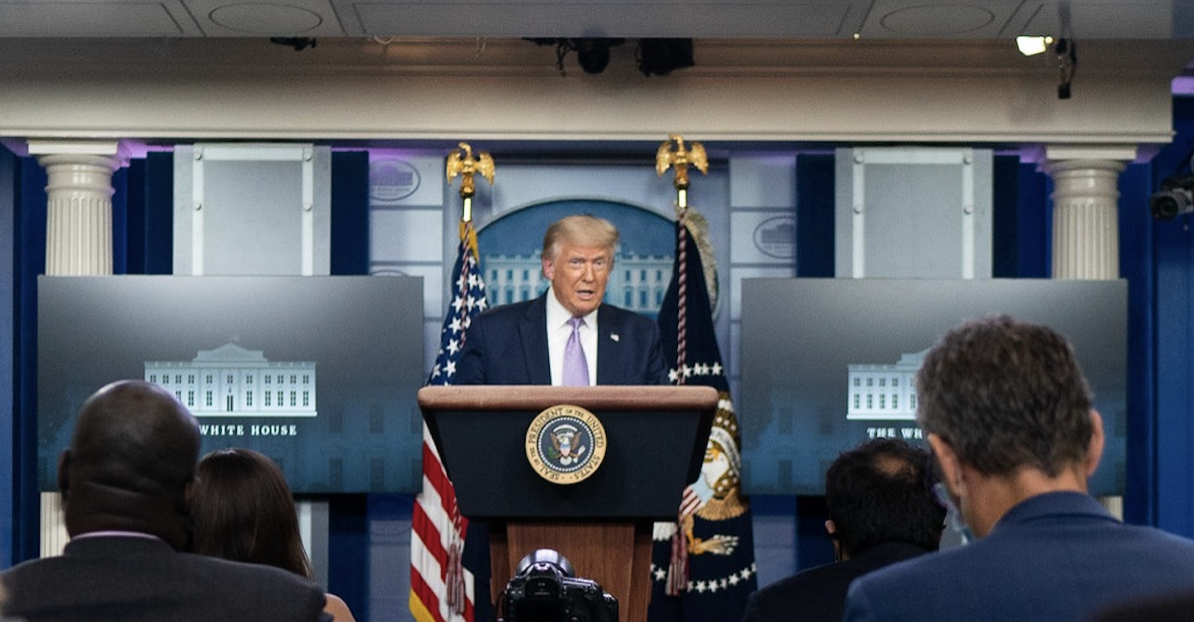 Yesterday marked a HUGE win for the Trump administration -- one that should have been widely celebrated by both Republicans AND Democrats. The United Arab Emirates agreed to "full normalization of relations" with Israel. It was a major step forward in the Middle East peace process. (Read a joint statement about the "historic diplomatic breakthrough" here.)

"This deal is a significant step toward building a more peaceful, secure, and prosperous Middle East." Mr. Trump told reporters. "Now that the ice has been broken, I expect more Arab and Muslim countries will follow the United Arab Emirates' lead."

The New Yorker reports: "Dubbed the Abraham Accords, the agreement is only the third time Israel has won recognition from one of the twenty-two Arab states. The first was the 1979 peace treaty with Egypt. The second was with Jordan, in 1994."

But instead of giving the Trump administration credit for brokering the historic peace accord, some members of the activist, left-wing media have been hysterically accusing the President of waging "war against the post office." Why? Because our Commander-in-Chief refuses to support giving $25 billion to the U.S. Postal Service as part of the Democrats' proposed COVID-19 relief package.

But when asked if he was threatening to veto any legislation that includes funding for the post office, Mr. Trump replied:

"No. Not at all. ... If it's a separate thing, I would do it. But one of the reasons the post office needs that much money is to have all of these millions of ballots coming in from nowhere, and nobody knows from where and where they're going."

The President and Republicans in Congress won't accept mail-in voting for the 2020 election. Radical Democrats and FAKE NEWS hate that. But America's voting process must be credible and trustworthy. If people can social distance while standing in line at a supermarket, bank, etc., they can do the EXACT same thing to vote!

Radical Democrats and the far-left media have spent nearly six months trying to scare Americans to death (or into submission) about COVID-19. Now, because many of their supporters are afraid to leave their homes and vote, they want to change the rules at the last minute.

Also, ask yourself if you're comfortable putting the presidential election in the hands of the United States Postal Service. The coronavirus pandemic is already challenging our mail system like never before. Why add the pressure of distributing and processing tens of millions of ballots so close to Election Day?

If you're AGAINST using mail-in ballots for the presidential election on November 3, click here or on the banner below to fax your Governor, Representative, two Senators and key House and Senate leaders now. Demand they say "NO!" to voting by mail:

As we've mentioned before, paper ballots are "extremely susceptible to fraud." Also, absentee ballots, which voters have to request personally, "remain the largest source of potential voter fraud." Radical Democrats and the activist media want to mail millions of ballots to anyone and everyone they can.

Nightmare voter-fraud scenarios are already materializing in states that have rushed to implement mail-in balloting. People have received multiple ballots, while others have been sent to wrong addresses and even to the deceased! Attorney General William Barr told Sean Hannity last night:

"I have friends who haven't lived in California in 21 years who received ballots. There are ballots left in boxes in apartment buildings. Ballots for people who used to live at addresses are delivered to those addresses. They can be filled out by anybody. This is reckless, and it could create serious questions about the integrity of the election, and to do this when we are closely divided country as we are is playing with fire."

If you agree, we urge you to fax your Governor, Representative, Senators and key leaders in the House and Senate. Demand they say "NO!" to vote by mail. Pressure lawmakers to take action and ensure "No Election Mail Fraud!" Click here now to schedule your personalized faxes for just $15.

P.S. Radical Democrats' vote-by-mail scheme would undermine the integrity of the 2020 elections. Members of either party could engage in ballot harvesting, ballot stealing or ballot fraud, all of which could significantly impact the final vote tallies. America can't risk it! Voters can stand in line, social distance, cast their ballots and stay safe. Say "NO!" to possible election mail fraud by faxing now. Click here or on the banner below to instantly send your personalized message to lawmakers: