Trump pick is latest battle in fight to save America 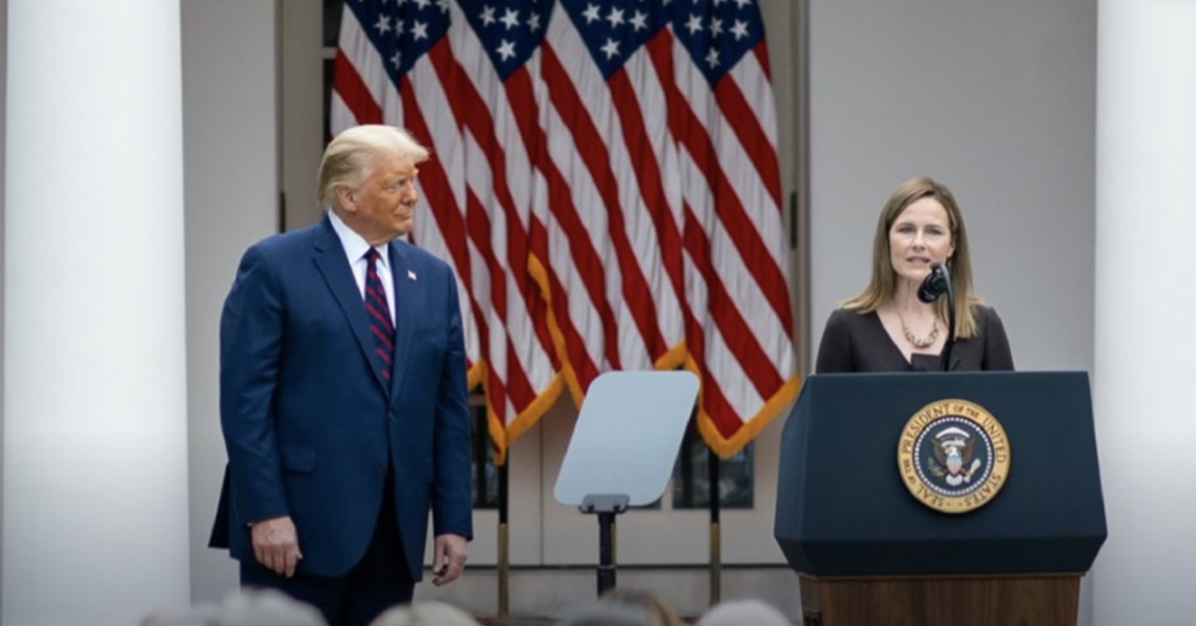 When President Trump nominated Judge Amy Coney Barrett to the Supreme Court on Saturday, he called her "one of our nation's most brilliant and gifted legal minds." America's Commander-in-Chief added, "She is a woman of unparalleled achievement, towering intellect, sterling credentials, and unyielding loyalty to the Constitution." 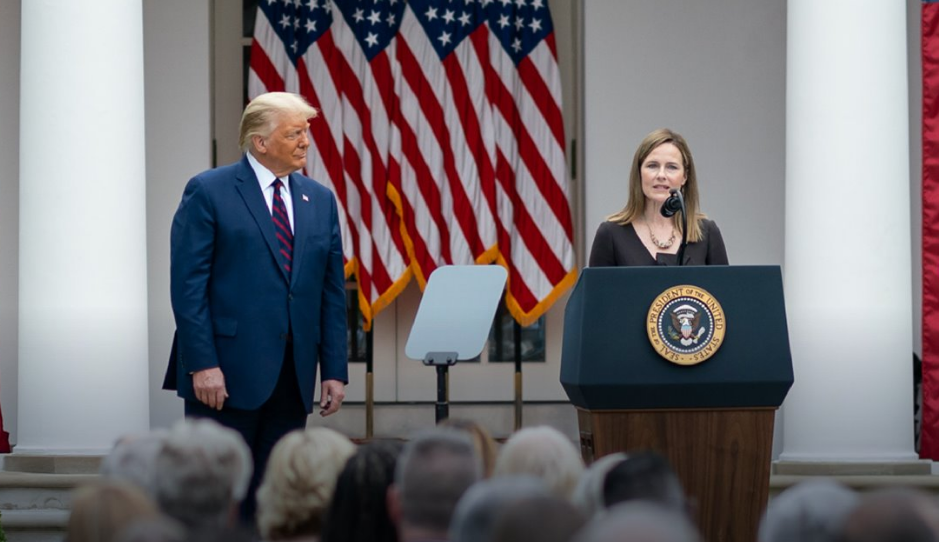 Before the Rose Garden ceremony was even over, more praise for the former Notre Dame law professor and one-time clerk for late Supreme Court Justice Antonin Scalia began pouring in. Senate Majority Leader Mitch McConnell (R-KY) said in a statement:

"President Trump could not have made a better decision. Judge Amy Coney Barrett is an exceptionally impressive jurist and an exceedingly well-qualified nominee to the Supreme Court of the United States."

Chairman of the Senate Judiciary Committee, Sen. Lindsey Graham (R-SC), insists that he is "very committed to ensuring that the nominee gets a challenging, fair, and respectful hearing." Graham also shared this about Mr. Trump's pick for the next associate justice: "Judge Barrett is highly qualified in all the areas that matter – character, integrity, intellect, and judicial disposition. She is an outstanding Supreme Court nominee."

Graham also announced on Saturday that the Senate Judiciary Committee hearing to consider Barrett's nomination will begin on Monday, October 12. The process is expected to last three or four days and will follow the same format as other recent Supreme Court nominees.

Day 1 will include opening statements by Senate Judiciary Committee members and the nominee. On Day 2, Senators will question Barrett about her legal views and rulings. That will be followed by one or two days of testimony from legal experts and those who know the U.S. Circuit Court of Appeals judge best. A Senate confirmation vote is expected to occur about a week later.

What's not expected are the wild, unsubstantiated accusations of sexual assault and gang rape that marred the Justice Brett Kavanaugh hearing in the fall of 2018. However, the Left's smear campaign is already in high gear, as FAKE NEWS and Hollywood's "elite" have been attacking Barrett for her faith and traditional lifestyle. They insist that the mother of seven will help the High Court end abortion and ObamaCare -- something many conservatives hope will happen.

Urge Senators (especially GOP lawmakers) to confirm and seat Judge Barrett as quickly as possible. Immediately reach into Senate offices on Capitol Hill with your personal message, demanding they "Confirm Amy Coney Barrett" BEFORE Election Day. Click here or on the banner below to immediately send up to 16 faxes for ONLY $15:

ATTENTION MONTHLY MEMBERS: GO HERE TO SEND THIS FAX AT AN 85% DISCOUNT!

In his Rose Garden speech, the President asked Democrats "to provide Judge Barrett with the respectful and dignified hearing that she deserves and frankly, that our country deserves. I urge lawmakers and members of the media to refrain from personal or partisan attacks."

But the Unhinged Left is so out of control that few people expect radical Democrats and their "minions" to be respectful and dignified during this weeks-long process. Even before Barrett was nominated, one prominent leftist with nearly 300,000 Twitter followers tweeted: "If they even TRY to replace RBG [Ruth Bader Ginsburg] we burn the entire f**king thing down."

Amy Coney Barrett's nomination is the latest battle in the fight to save America from taking what Ronald Reagan called "the last step into a thousand years of darkness." You can be part of this "rendezvous with destiny" and "preserve for our children this: the last best hope of man on Earth."

Millions are wondering which America the nation will choose on November 3. But Grassfire wants to empower you to choose life, liberty and limited government today! As a signer of the "Confirm Amy Coney Barrett" Petition, you've already taken a stand to demand the President's nominee be confirmed and seated before Election Day. Now, expand your impact and amplify your voice with the "Confirm Amy Barrett" FaxFire! Click here or on the banner below to immediately fax your personalized message now:

Since former Senator Harry Reid invoked the so-called "nuclear option" in 2013, it now only takes a simple majority of Senators to confirm a federal judge -- that includes Supreme Court justices. Senate Republicans can afford to lose just three votes to successfully confirm Trump's nominee before November 3.

Go the extra mile by utilizing our "Level Two" option. It empowers you to reach every Republican Senator at a 37% DISCOUNT. Choose "Level Three" and urge EVERY member of the U.S. Senate to "Confirm Amy Coney Barrett!" at 50% OFF our regular price!

Truly, the fight is just beginning, which is why Grassfire just launched out our national "Confirm Amy Coney Barrett!" FaxFire. Take action now to support President Trump and his Supreme Court nominee. Grassfire RUSHED to activate this new, fax initiative TODAY to empower our team members to make their voices heard!

P.S. There's simply too much at stake to not confirm Amy Coney Barrett as the ninth Supreme Court Justice. So, Senators MUST hear from you to ensure America doesn't have a "split" court for the upcoming presidential election! Take action to support President Trump's nominee so she can be seated on the nation's High Court BEFORE November 3. Click here or on the banner below to immediately send your "Confirm Amy Coney Barrett!" faxes now: