The Left Cabal is rushing to pass The Inflation Reduction Act of 2022, a $740-BILLION, dirty, backroom deal that's likely to raise taxes, send historic inflation rates even higher and push the U.S. economy deeper into a recession. This latest Spending Scam also DOUBLES the size of the IRS! 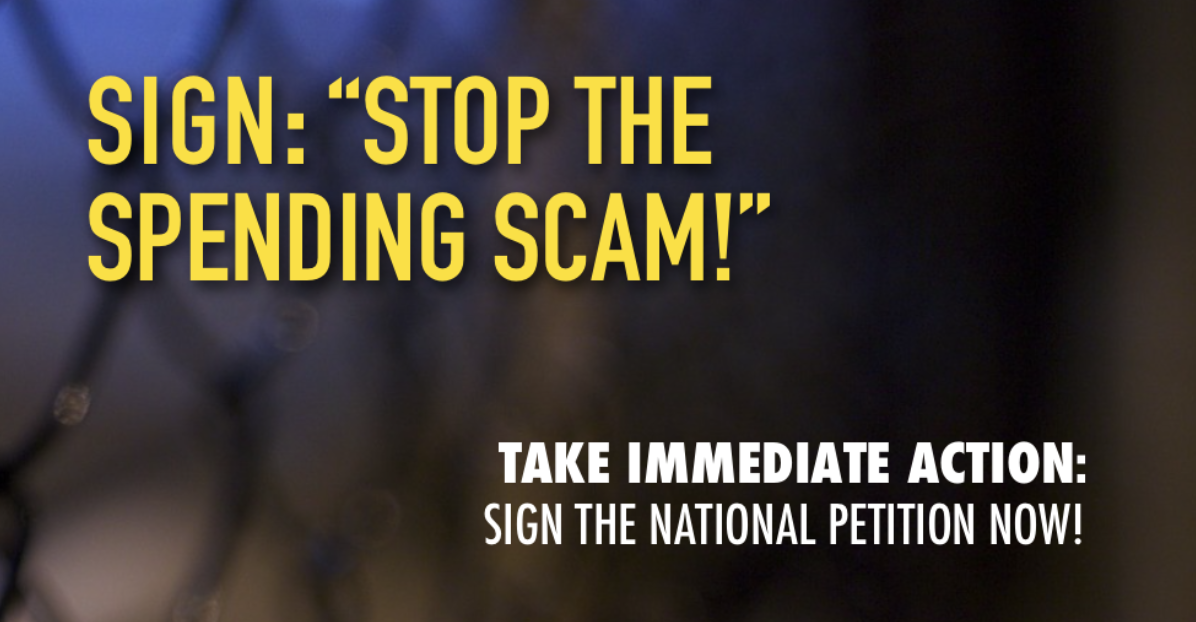 You can take action now to call on House GOP leadership to "Stop The Spending Scam!" If you oppose financing trillions of dollars in progressive, pork-spending with Americans' hard-earned tax dollars, sign the national petition.

Add your name now to stop Joe Biden's "Build Back Broke" boondoggle. Grassfire will deliver your petition to Republican leadership on Capitol Hill after reaching the delivery goal of 20,000 signatures. Thanks, in advance, for signing the national petition to "Stop The Spending Scam!"

Joe Biden and his radical leftist allies want to burden the American people with trillions of dollars in progressive, pork spending on a socialist wish-list. If passed, this legislation will lead to another huge expansion of the federal government on the backs of hard-working taxpayers. That's why moderate Democrats and Republicans MUST take bold action to "Stop The Socialist Spending Scam!"