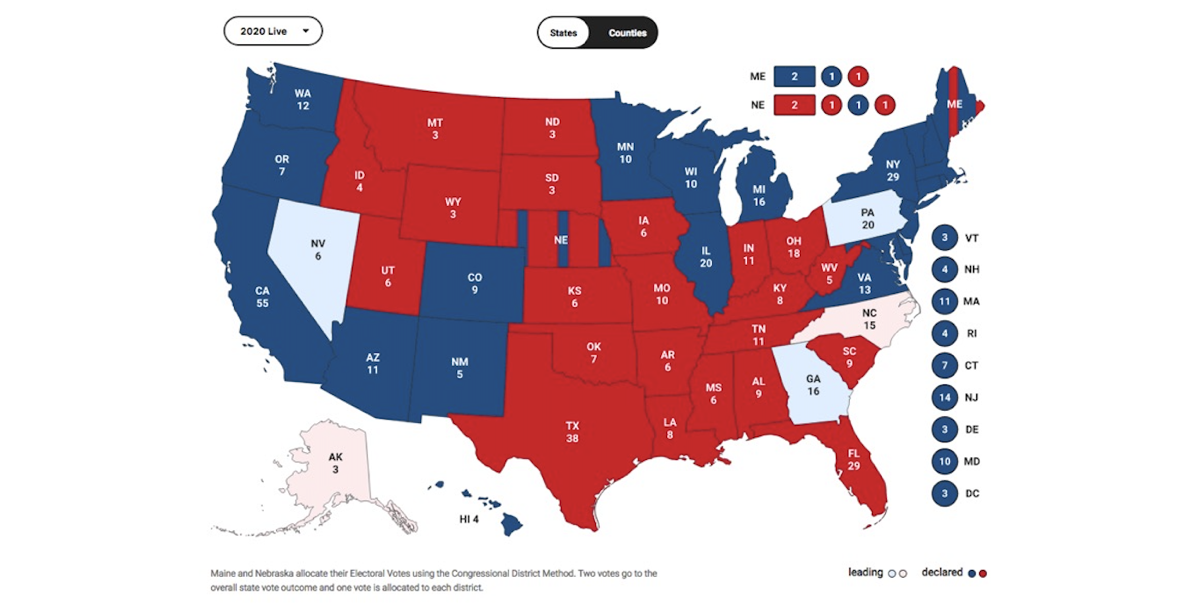 It looks pretty bad for President Trump's re-election bid. As of this morning, FOX News shows Joe Biden with a 30,000-vote lead in Arizona and Pennsylvania, a 20,000-vote advantage in Nevada, and a 7,000-vote edge in Georgia.

If the President wins North Carolina and Alaska, where he's currently ahead, our Commander-in-Chief MUST win Pennsylvania AND Georgia, then get the remaining electoral votes he needs from either Arizona OR Nevada. It's a clear, but difficult, path to Mr. Trump's second term.

With compelling evidence of widespread voter fraud in some of these "battleground" states (including ballot tampering, harvesting and stealing), the President has promised not to declare defeat without a fight. The legal battle to ensure the legitimacy and integrity of this and future U.S. elections would be EPIC. But can our great nation survive that without descending into further division and chaos?

What is President Trump's best course of action moving forward? Grassfire wants to know what you think. Please make your voice heard now in our "Trump: What's Next?" QuickPoll.

Your response today will help shape Grassfire's future messaging on this important issue. So thanks, in advance, for taking action via our "Trump: What's Next?" QuickPoll today. We'll share the results after reaching 10,000 votes.