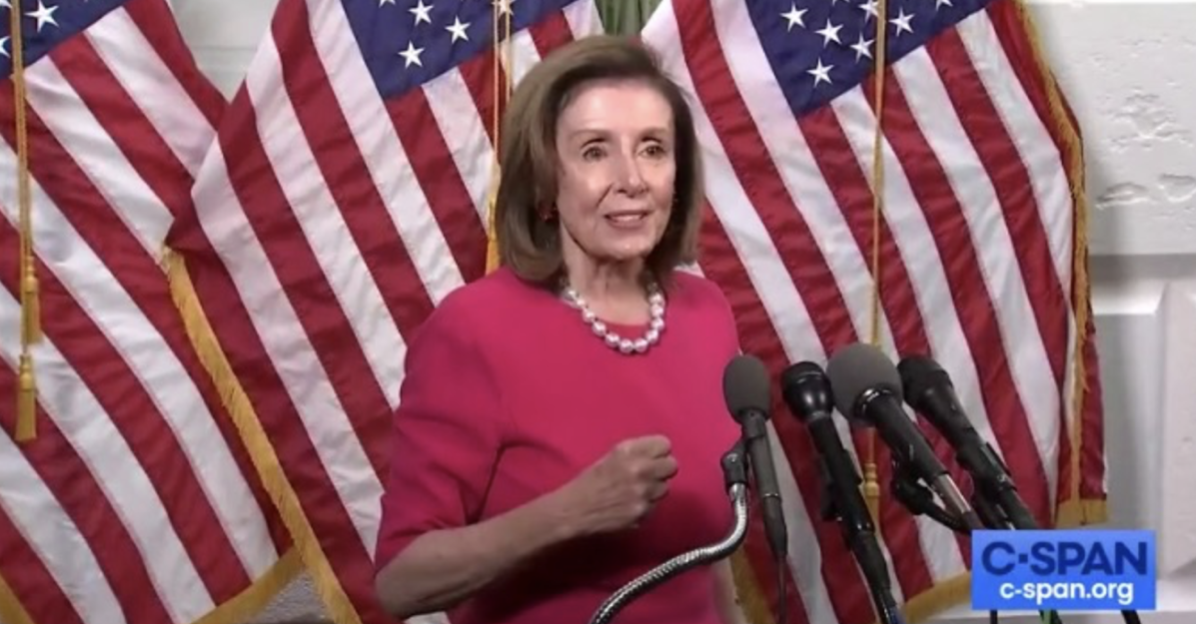 Joe Biden's SPENDING SCAM could be "sputtering toward a crash" or on the verge of "a breakthrough." That's according to left-leaning POLITICO, which reports this morning:

It's often the case that major legislative deals look like they're on the verge of total collapse before they come together.

Perhaps take it with a big grain of salt, but the White House insisted that while Tuesday looked like a giant setback, a deal is within reach.

House Speaker Nancy Pelosi (D-CA) is so desperate to make a dirty, backroom deal to help the Biden regime that she "let the cat out of the bag" yesterday. Pelosi said that she and her Democrat colleagues are working "to address the full Obama agenda of building back better."

Oops! "The full Obama agenda"? Well, at least America now knows who's pulling the strings of this "puppet president."

Even before the fake, $1.2 trillion "infrastructure" bill passed the Senate last month, Grassfire warned that Democrats were tying that legislation to their $3.5 trillion wish-list of "human infrastructure" spending. Through a legislative tactic known as "budget reconciliation," that bill could become law with ZERO Republican votes. Obviously, radical, far-left lawmakers and their "queen" (Pelosi) are sticking to their socialist plan.

Grassfire often warns our team members about the dirty, backroom dealing that goes on in our nation's capital. But the SPENDING SCAM is different from other legislation because there's so much at stake -- $4.7 TRILLION to be exact. But you can take action to stop it BEFORE Thursday's expected vote! Click here to fax GOP Representatives now.

In just two days, the House will vote on "Phase 1" of Joe Biden's SPENDING SCAM. The fake, $1.2-trillion "infrastructure" legislation spends only 10% on roads, bridges, ports, etc. It's the first of two bills that, if signed into law, are likely to turn our great nation into "America The Socialist."

For months now, Grassfire team members have been fighting the $1.2 trillion and $3.5 trillion Democrat, socialist, wish-list spending. Grassroots patriots need to continue pushing back in the run-up to Thursday's vote. Make your voice heard, and demand House Republicans "Stop The Spending Scam!"

Take immediate action to embolden GOP Representatives fight this obscene, $4.7 trillion cash-grab for Democrat special interests! Click here or on the banner below now to instantly fax up to 50 Republican lawmakers, including EVERY MEMBER of the House Freedom Caucus, for only $25:

Please make your voice heard to "Stop The Spending Scam!" by utilizing our unique FaxFire system. Click here to fax a personalized message that can reach EVERY Republican House member for just $.23 each! That's 67% off our regular price.

To send your own faxes, click here for Grassfire's list of "Stop The Spending Scam!" targets and their contact information. Thanks, in advance, for taking action this morning.

P.S. If you missed last night's SPENDING SCAM update, please see below. Find out more about the dirty, backroom "wheeling and dealing" that could lead to the most explosive expansion of the federal government in American history. Take immediate action to stop the Democrats' fake, $1.2-trillion infrastructure bill by going here to fax House Republicans now: