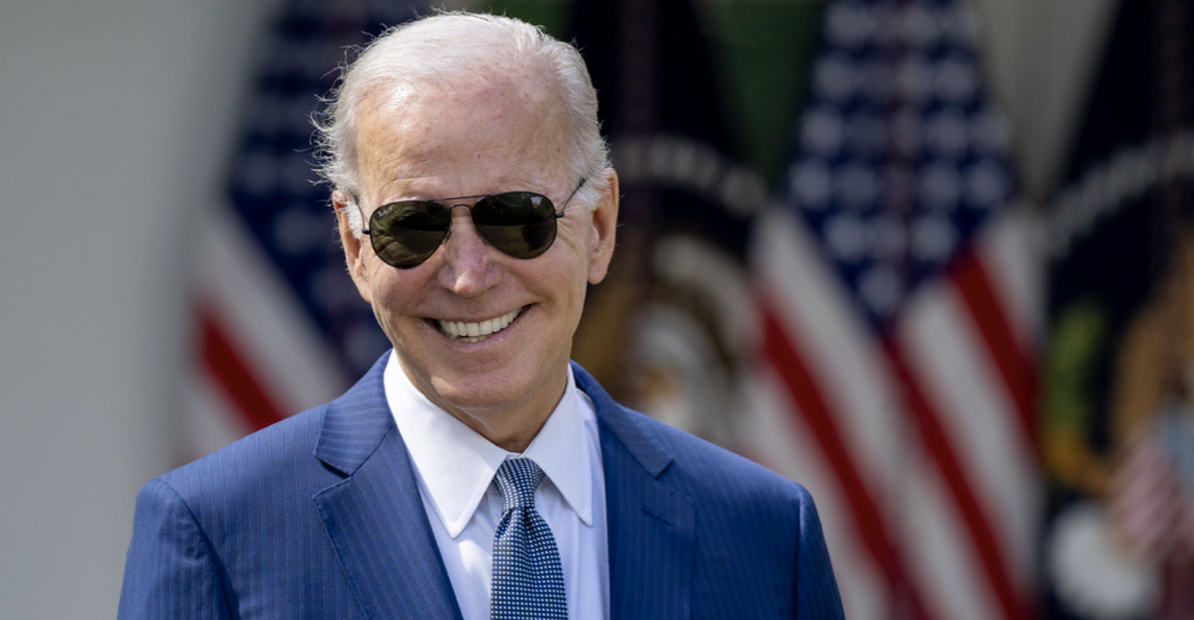 Lawmakers have finally released the text of their $1.7-TRILLION SPENDING SCAM, the "Consolidated Appropriations Act, 2023" (H.R.2617). Last week, Sen. Rand Paul (R-KY) predicted that the bloated and wasteful omnibus package would be 3,000 pages long. Boy, was he wrong. It's 4,155 pages of progressive, pork spending that will fully fund Joe Biden's "America Last" agenda for the next nine months -- including ANOTHER $47 BILLION in taxpayer money to fight the Biden Regime's proxy war against Russia in Ukraine!

Unbelievably, but predictably, Democrats and "Uni-Party" RINOs (Republicans In Name Only) want to pass this fiscal monstrosity in the next THREE DAYS, so they can jet out of D.C. for their holiday break. This latest SPENDING SCAM really is a "Nightmare Before Christmas"! It's a $1.7-TRILLION lump of coal for U.S. taxpayers to choke on in the New Year. Merry Christmas, America!

No lawmaker who claims to be a Republican should vote "Yes" on this 4,155-page bill. But will enough RINOs vote to further bankrupt the country, increase inflation, raise energy costs and deepen the recession? NONE of that is part of any GOP platform. Also, it's an insult to American voters for Senators and Representatives to even consider H.R.2617 with a new Congress convening EXACTLY TWO WEEKS from today. Click here to fax key Senators on Capitol Hill now to demand they "Stop The Spending Scam!"

Grassfire received an email this morning from the office of Senate Minority Leader Mitch McConnell (R-KY), telling us that votes on the $1.7-TRILLION SPENDING SCAM are expected soon. Democrats and Uni-Party RINOs will have to work fast to pull off their latest heist of American-taxpayer dollars before fleeing town for Christmas. So, to avert yet another possible cave by spineless, weak-kneed, Republicans, Grassfire is empowering "America First" patriots, like you, to make their voices heard.

Take action BEFORE the Senate votes on this "Nightmare Before Christmas"! For only $30, you can instantly fax a personalized "Stop The Spending Scam!" message to 41 key Senators on Capitol Hill. Those lawmakers can BLOCK the 4,155-page, $1.7-TRILLION omnibus bill in this "lame duck" session of Congress. Click here or on the banner below to fight back against the Biden Regime's "America Last" agenda:

Here's why Grassfire has dubbed this latest SPENDING SCAM: "The Nightmare Before Christmas!" The backroom, dirty-deal, omnibus package will finance the Biden Regime's "America Last" agenda through the current fiscal year (Sept. 30, 2023) -- even though a new, GOP-controlled House will be seated in 14 days!

Shouldn't the 118th Congress, which convenes on January 3, 2023, have the right to set the nation's spending priorities? Isn't that what Americans voted for on November 8? Why isn't the GOP pushing to pass a short-term spending bill to keep the government "open" through the holidays, like Congress did last week?

Utilize our unique FaxFire system to instantly reach up to 41 Senators now. That's the EXACT number needed to reject this SPENDING SCAM! If you want to see Senators push to fund the government ONLY until Republicans take control of the House in two weeks, click here to fax them now.

Take action against the Biden Regime's, Democrats' and Uni-Party RINOs' "Nightmare Before Christmas" now! Demand Senators vote "NO!" on financing Joe Biden's failure and tyranny for nine more months! Thanks, in advance, for making your voice heard this morning.

P.S. Again, you can reach up to 41 Senators for $30, or utilize our LEVEL ONE option to fax nine RINO Senators and moderate Sen. Joe Manchin (D-WV) for only $10. Using LEVEL THREE of this exclusive FaxFire to contact EVERY Senator with a working fax number (up to 85 total) for $50. Fight back against this "lame duck" Congress and their dirty, backroom deal to fund the failed, tyrannical Biden Regime for nine more months! Go here to send your "Stop The Spending Scam!" faxes to Senators now for a little as $10: