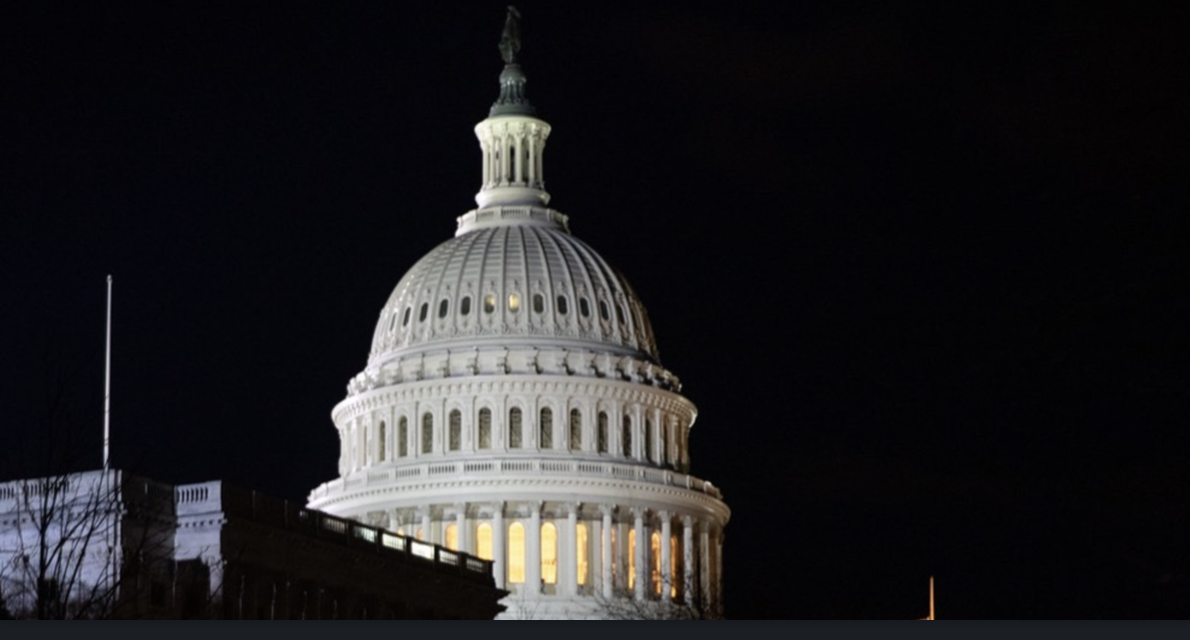 We've heard from two sources that say the House of Representatives will try again THIS WEEK to pass Joe Biden's and the radical Left's multi-trillion-dollar SOCIALIST SPENDING SCAM. Last week, a revolt among "progressive" House Democrats prevented a legislative victory for Mr. Biden before he flew to Europe. But Speaker Nancy Pelosi (D-CA) is expected to try again THIS WEEK -- possibly less than 48 hours from now!

The feud that postponed a House vote on Thursday was perceived by many as a slap in the face to Pelosi AND the Biden regime. The Speaker failed to convince her farthest-left colleagues to vote "Yes" on "Phase 1" of the SOCIALIST SPENDING SCAM. That sent Mr. Biden to Rome and the U.K. with ONLY what he claimed was a "historic economic framework."

CNN reported yesterday that the House is expected to vote on both SPENDING SCAM bills "after Tuesday," adding: "Progressives meanwhile signaled on a private call this afternoon they are expected to be on board behind both bills, per multiple sources."

Radical, unhinged Dems in the Lower Chamber have refused to vote on the fake $1.2-trillion "infrastructure" legislation unless an agreement is in place to also pass a $6-trillion "Phase 2" bill for "human infrastructure," "climate infrastructure," "election infrastructure," etc. Rather than meet somewhere in (or at least near) the middle, they've chosen to embarrass Ms. Pelosi and Mr. Biden by threatening to vote "No."

While the first bill passed the Senate on , the larger socialist legislation doesn't yet have the support of Sens. Kyrsten Sinema (D-AZ) and Joe Manchin (D-WV). EVERY Republican in Congress is opposed to the larger, "Phase 2" bill. This morning, Grassfire heard directly from the office of House Minority Whip Steve Scalise (R-LA) about "The Week Ahead":

Like last week, Democrats have once again noticed “possible consideration” of their Socialist Tax and Spend Agenda. We can expect to see more of the same from Democrats– filler bills, blue screen time, and theatrics.

Because of the pending vote, we're switching the focus of the "Stop The Spending Scam!" FaxFire back to the House. But your faxes will still reach Sens. Sinema and Manchin, too. If you oppose Joe Biden's SOCIALIST SPENDING SCAM, click here or on the banner below to fax your personalized message to Sinema, Manchin, GOP House leaders and the entire House Freedom Caucus (up to 52 faxes) for only $25:

Last week, The Wall Street Journal called the SPENDING SCAM "rotten tax policy" and "increasingly unpopular," adding: "The best result would be for the entire farce to collapse from its own dead weight." The newspaper's editorial board also wrote that the costs are "phony," but they insist "the social and fiscal damage are real."

Sens. Sinema and Manchin are on the tip of the spear in this battle to save America. The pressure on those two Senators from their fellow Democrats is intensifying by the day. But they can save America from socialism! Using Grassfire's unique FaxFire system, you can encourage both of them to stand strong and continue fighting to "Stop The Spending Scam!" Click here to fax key targets on Capitol Hill now.

Click here to INSTANTLY let key House Republicans, Sen. Sinema and Sen. Manchin know EXACTLY where you stand. To send your own "Stop The Spending Scam!" faxes, click here for a list of targets and contact information. Thanks, in advance, for taking action today.

P.S. Due to a legislative tactic known as "budget reconciliation," the Biden regime's $6-TRILLION SPENDING SCAM can be passed with a simple majority vote in the Senate. All 50 Republicans in the Upper Chamber are opposed to pushing the U.S. off a fiscal cliff into full-blown socialism. If Sinema or Manchin vote "NO!", Democrats won't have the 50 votes they need to have Kamala Harris cast the tie-breaking vote. Click here or on the banner below to fax Sinema, Manchin and dozens of key House Republicans (up to 52 faxes) for only $25: