REPORT: Biden "has no plan to stop" illegal immigration 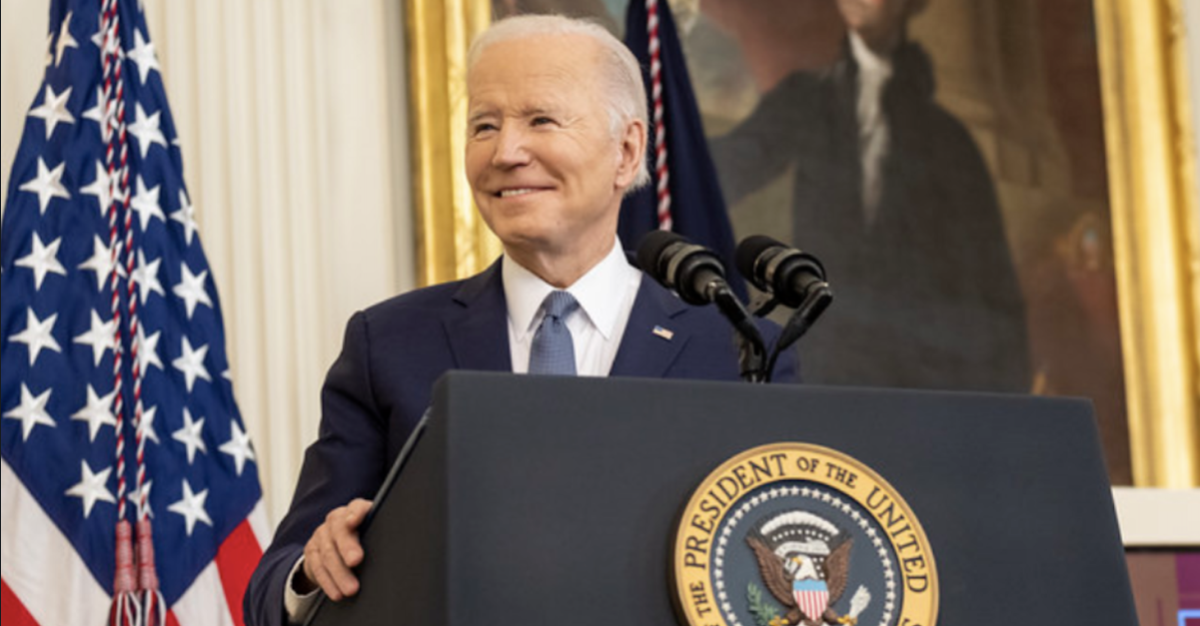 Joe Biden and his failed administration aren't just ignoring the crisis at the U.S.-Mexico border, they're about to make it much, much worse. An estimated 60,000 illegal aliens reportedly are waiting to cross into America next month, once the Biden regime allows Title 42 to expire. That's more people than the number of U.S. troops (57,000) that stormed Omaha and Utah Beaches on D-Day in 1945!

The Trump-era, public-health order has allowed for the quick expulsion of illegal immigrants at the border since the start of the COVID-19 outbreak. Even members of Mr. Biden's own party are calling on him to protect America's sovereignty, security and way of life by not allowing Title 42 to expire on May 23. Five Democrat Senators have co-signed a bill that would extend the order by 60 days.

The Washington Examiner reports that an analysis of data from the Department of Homeland Security (DHS) indicates, "The Biden administration's open border policies have let in more than 1.5 million illegal immigrants, enough to double the size of Dallas or San Diego." According to a former immigration judge and migration expert quoted by the Examiner:

DHS has released more than 756,000 aliens encountered by CBP at the Southwest border into the United States since Joe Biden became president, not counting 146,000-plus unaccompanied children released by HHS to sponsors and 620,000 aliens who evaded apprehension. Each is here indefinitely, and most forever. That is unsustainable — but the president has no plan to stop it anytime soon.

As we told you yesterday (see below), the Biden regime -- with help from RINOs in Congress -- has no problem spending $3 BILLION in taxpayer money helping Ukraine defend their borders. If that doesn't sit well with you, Grassfire is empowering you to make your voice heard. Tell GOP lawmakers to demand Joe Biden prioritize defending American interests first, before spending BILLIONS protecting Ukraine.

Click here or on the banner below now to sign the national petition calling on Republicans in the House and Senate to demand Joe Biden "Stop Protecting The Wrong Border!":

If you missed yesterday's border update, please see here. Find out just how much taxpayer money Joe Biden -- with the help of RINOs in Congress -- has spent on yet another foreign war. Or click here to take immediate action by adding your name to the "Stop Protecting The Wrong Border!" national petition. Thanks, in advance, for making your voice heard.

P.S. As an American taxpayer, you can strongly condemn Russian aggression, support the Ukrainian people and STILL demand the Biden regime protect our nation's border, too. The United State's security, sovereignty and way of life are at risk due to the open border policies of the radical, unhinged Left. Click here or on the banner below to sign the national petition to demand Joe Biden "Stop Protecting The Wrong Border!":