"Government's first duty is to protect the people, not run their lives." --President Ronald Reagan 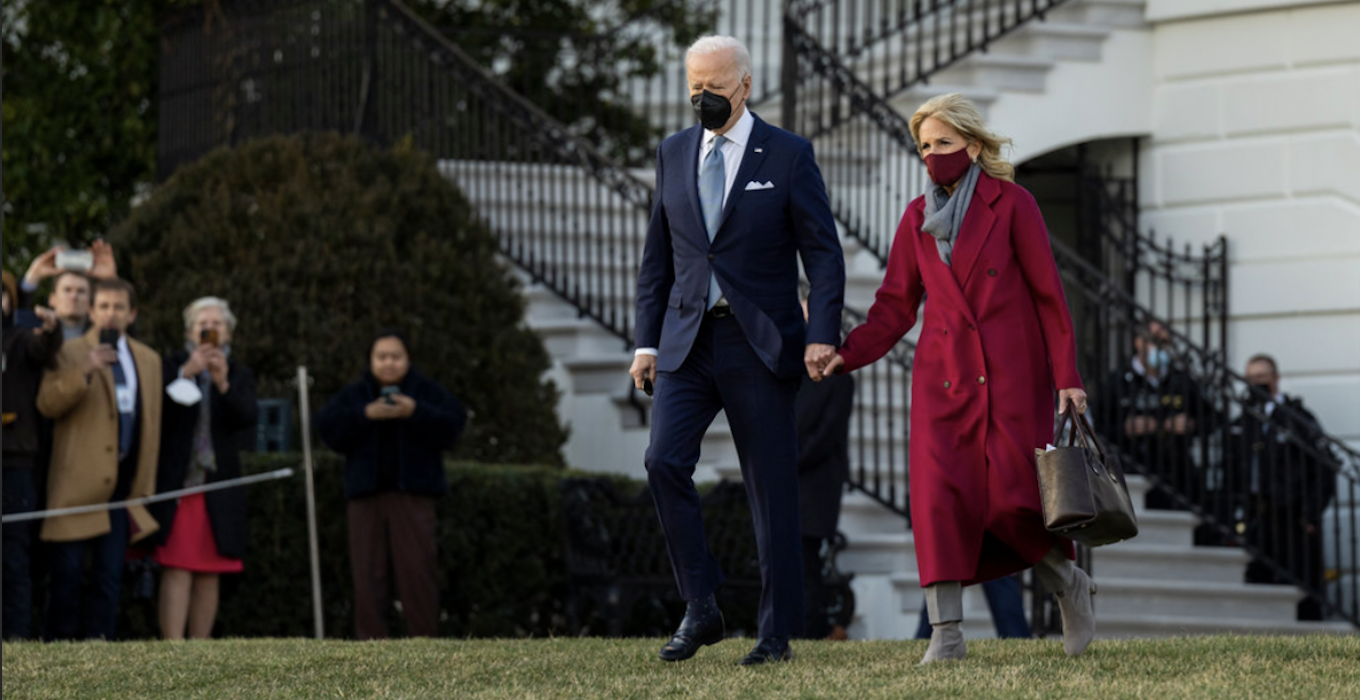 The ongoing violence in Ukraine is horrible and completely unacceptable. The death, destruction and despair that have resulted in the 53 days since the Russian invasion have pushed other nations to intervene in the conflict, including the United States.

As of last week, Joe Biden has committed more than $3 BILLION in taxpayer money to Ukraine's war effort, while virtually ignoring millions of illegal aliens invading America's southern border. When a country's border is NOT secure, terrible things can happen. The world is seeing that truth revealed in real time!

The illegal immigration crisis is a direct threat to our great nation's safety, sovereignty and way of life. Russia's invasion of a sovereign nation should be a wake up call to Joe Biden and his failed administration. Instead, the Biden regime -- in lockstep with the radical, unhinged Left -- is about to double down on their "America Last" agenda. FOX News reports:

The Biden administration on [April 1] announced that it will be terminating the Title 42 public health policy, that has been used by both the Trump and Biden administrations to quickly expel migrants at the southern border since the start of the COVID-19 outbreak... despite fears of a massive migrant wave in the coming months.

FOX News also says the decision by the Center for Disease Control to end Title 42 on May 23 "immediately spark[ed] fears from both sides of the aisle, including within the Biden administration, that it will lead to a surge in migration at the border -- on top of the already massive numbers being encountered by Border Patrol each day."

If you're fed up with the "Hate America" crowd, now is the time to make your voice heard! If you think the White House should be working harder to secure the U.S.-Mexico border, you can take immediate action by signing the national petition to "Stop Protecting The Wrong Border!"

Joe Biden is spending literally BILLIONS of taxpayer dollars to help protect Ukraine's border, while mostly ignoring the crisis raging along the U.S. border with Mexico. Click here or on the banner below now if you want the Biden regime to stop the literal invasion of illegal aliens:

In the midst of a raging U.S. border crisis, with inflation skyrocketing and violent crime rising, Joe Biden is handing over BILLIONS AND BILLIONS of taxpayer dollars to Ukraine. What's worse is that Republican lawmakers have actually lined up behind the radical, unhinged Left's push to throw U.S. tax dollars at the conflict in Ukraine.

An alarming number of Washington, D.C. lawmakers appear to have no problem spending YOUR money to become embroiled in a conflict with nuclear-armed Russia. Yesterday on CNN, Ukrainian President Volodymyr Zelensky warned that the world should prepare for Russia to use nuclear weapons against Ukraine!

Are the pain and suffering caused by the Russian invasion of Ukraine barbaric and unacceptable? Yes! Absolutely. Is it a different problem than what's happening at the U.S.-Mexico border? Yes again. But is it wise for America to increase its $30 trillion debt to defend Ukraine's border and not our own?

As an American taxpayer, you can strongly condemn Russian aggression, support the Ukrainian people and STILL demand the Biden regime protect our nation's border, too. That's why we're making it possible for you to call on Republicans in the House and Senate to take action. Demand they force the Biden regime to address illegal immigration along America's southern border before spending BILLIONS more taxpayer dollars on the Russia-Ukraine conflict!

P.S. Mr. Biden's blatant disregard for our great nation's security, sovereignty and way of life must not stand. That's why we're empowering you to add your name to the "Stop Protecting The Wrong Border!" national petition. If you're tired of the Biden regime's outrageous, billion-dollar hypocrisy, make your voice heard! Don't let Joe Biden and the radical, unhinged Left allow an invasion by millions of illegal aliens! Click here or on the banner below to sign now:

Remarks at the national Conference of the Building and Construction Trades, AFL-CIO (Ronald Reagan Presidential Foundation and Library)

Exclusive: Zelensky says world should be prepared for possibility Putin could use nuclear weapons (CNN)