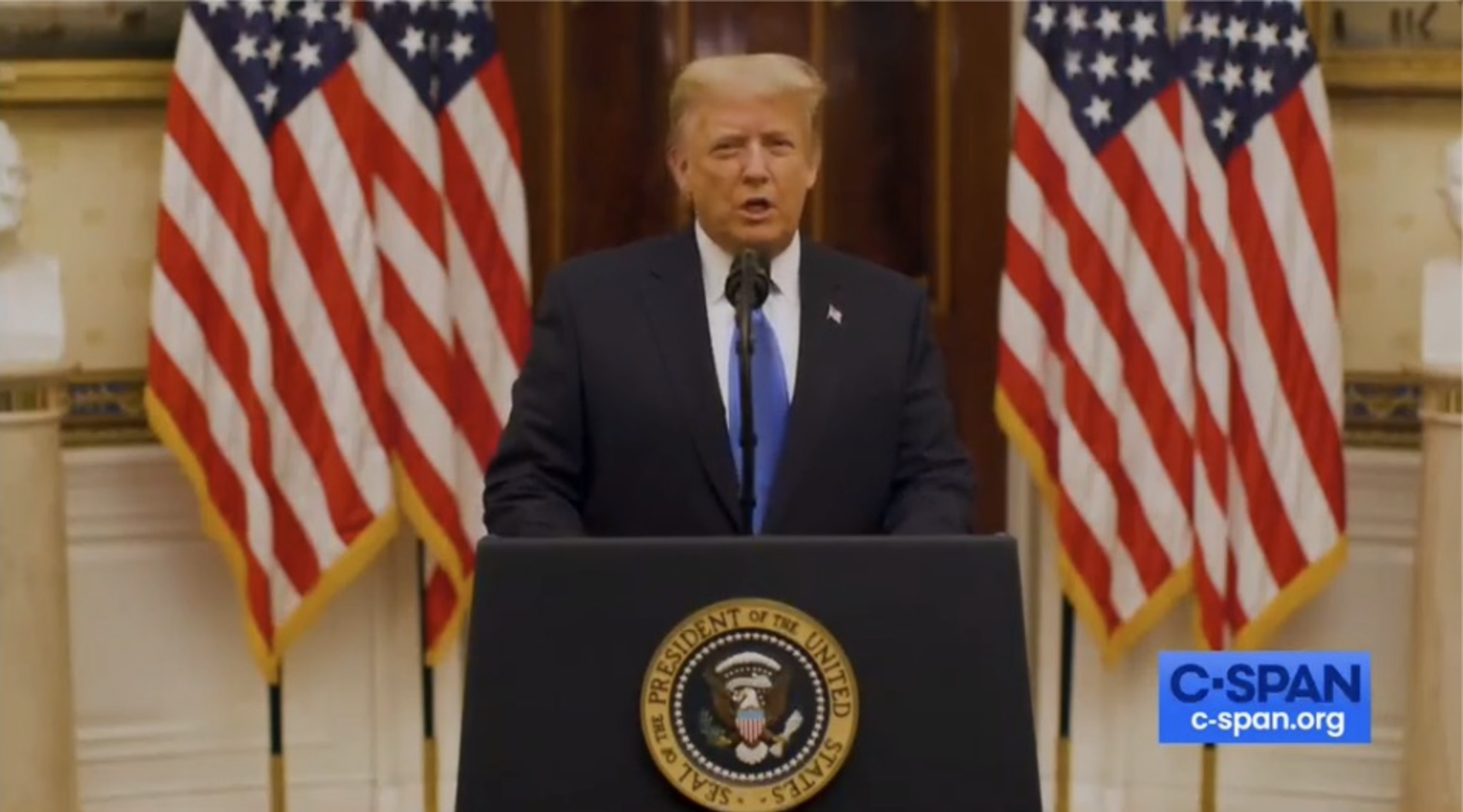 In his farewell address yesterday afternoon, President Trump promised that "the movement we started is only just beginning." Most of the 74 million people who voted for him hope that means our 45th president will keep his word and "never stop fighting for the American people."

As Donald Trump leaves office in the wake of a deeply flawed (and likely fraudulent) election, he still leads the "America First" movement. The hopes and dreams of millions of pro-Trump Americans will follow the President and his family to Florida. The Commander-in-Chief said yesterday:

"Four years ago, we launched a great national effort to rebuild our country, to renew its spirit and to restore the allegiance of this government to its citizens. In short, we embarked on a mission to make America great again for all Americans. ... We did what we came here to do and so much more."

But the truth is, a lot was left undone due to anti-Trump efforts of radical Democrats, the Unhinged Left and Establishment RINOs. Also, Big Tech and FAKE NEWS did all they could to undermine this President -- and with him, the American people.

The first few months under the Biden administration will be critical, so Grassfire is preparing for the battles ahead. Although unconstitutional, a second impeachment trial is pending in the Democrat-controlled Senate. Also, the purging of conservative voices is expected to intensify.

That's why Grassfire refuses to back down. We promise to keep fighting to amplify YOUR VOICE in Washington, D.C. and beyond. But to continue empowering you to stand for America's founding principles of life, liberty and limited government, we urgently need your help.

Click here or on the banner below now to receive Grassfire's new and exclusive "Never Stop Fighting" commemorative print of President Trump in appreciation for your contribution of $30 or more to help us build for the battles ahead:

Receive two of these moving Trump keepsakes when you contribute $50 or more to help Grassfire. Please support our efforts to continue providing the online-activism tools you'll need for the "America First" battles ahead. Click here to see and order the "Never Stop Fighting" commemorative print.

The "dark winter" that Joe Biden predicted back in October could start today. But that won't stop Grassfire from trusting God and praying for His peace, protection and provision in the weeks, months and years ahead. Thanks, in advance, for your generous support.

Read: Remarks by President Trump In Farewell Address to the Nation (WhiteHouse.gov)