POLL: Will the House vote on the SPENDING SCAM today?

Grassfire staff reached out to House GOP leadership this afternoon, asking when the House vote on the fake, $1.2-trillion "infrastructure" bill will happen. As of 6:00 p.m. ET, we still hadn't received a definite time from them. So, about a half hour ago, Grassfire reached out directly to Pelosi's office. The person we spoke to there said, "Nothing has been scheduled yet."

Earlier today, we asked our team members to vote on the legislative drama unfolding today on Capitol Hill. Do you think Speaker Pelosi will cave to the radical wing of her party and NOT hold the SPENDING SCAM vote today? Or will she forge ahead in an effort to score a political victory for Joe Biden's socialist agenda? Please see our previous message below to vote now.

House Speaker Nancy Pelosi (D-CA) is struggling to keep Democrats in line, as deep divisions surface over Joe Biden's SPENDING SCAM. Pelosi had scheduled a Monday vote on "Phase 1" of the $4.7-trillion boondoggle, but she moved it to Thursday because she didn't have enough Democrat support. Now, to avoid a political disaster for her party, the Speaker may postpone the vote again.

For months now, Pelosi has been insisting the Lower Chamber would NOT pass the fake, $1.2-trillion "infrastructure" bill separate from the Democrats' $3.5-trillion in progressive, wish-list spending. But this week, she signaled that she was willing to move on the legislation separately.

That switch has angered radical, far-left Representatives, who are threatening to vote against the $1.2-trillion so they can tell Pelosi who's really in charge of the House. Meanwhile, "moderate" Democrats in both the House and Senate are hesitant to support the SPENDING SCAM's $4.7-trillion price tag. The Wall Street Journal reports:

Thursday will be a moment of political truth for swing-state Democrats, as the House prepares to vote on the Senate infrastructure bill as Speaker Nancy Pelosi promised. If the Speaker further delays a vote, or progressive Democrats defeat the bill, the centrists will know they've again been played for chumps....

If progressives defeat the infrastructure bill, the centrists will know they're not even the tail wagging the tail of the Democratic caucus. They're essentially hostage to progressive demands that are likely to cost the swing-state Members their seats in 2022. But it's hardly better if the Speaker postpones a vote. This would also mean the progressives are still in charge, and who knows when they'll let the Speaker hold the vote.

As the arm-twisting and dirty, backroom deal-making on Capitol Hill continue, we want to know what you think. Will there be a vote in the House today on Joe Biden's and the Democrats $4.7-trillion SPENDING SCAM? 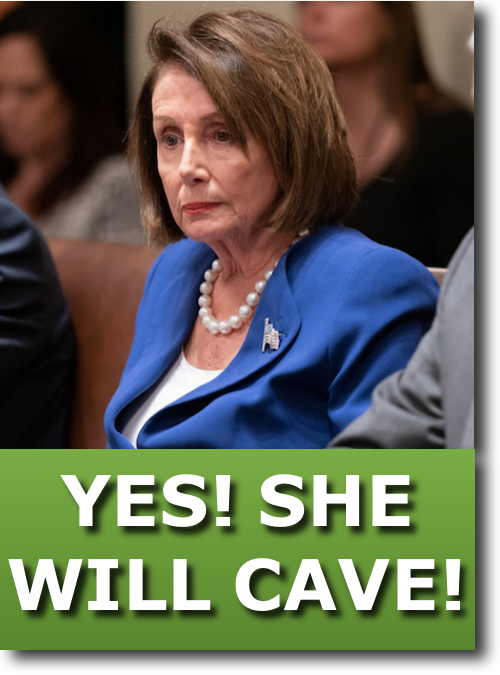 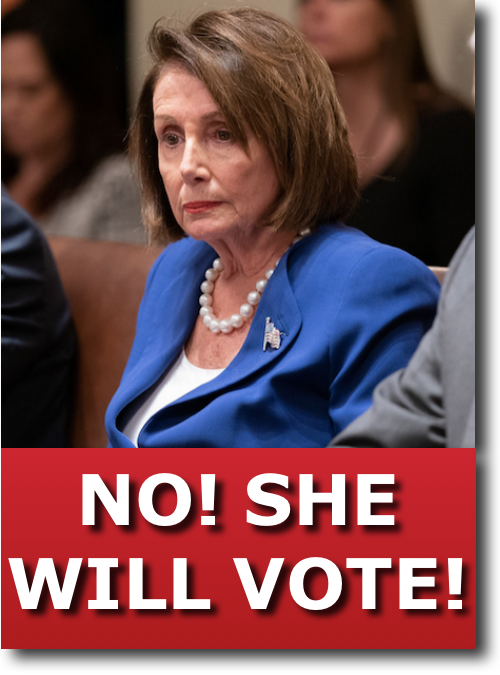 After voting, please forward this email to your friends and family members. We want to know what they think, too. Grassfire staff will share the results of our one-question "Will Pelosi Cave?" QuickPoll when it reaches 10,000 votes. Thanks, in advance, for taking action.

P.S. Please note that our polls are not scientific, nor are they meant to endorse a specific candidate or position. While they're for informational purposes only, we're confident they accurately reflect the views of conservative Americans.

Moment of Truth for the Moderates (The Wall Street Journal)