This past weekend, radical Democrats and the Unhinged Left showed just how much they hate America. Many "ramped up" their vitriol on Twitter, including Rep. Cori Bush (D-MO). A member of "The Squad," a group of far-Left, House lawmakers, she tweeted this controversial post on Independence Day:

When they say that the 4th of July is about American freedom, remember this: the freedom they’re referring to is for white people.

The New York Times appeared to get a headstart on their America bashing by attacking the "red, white and blue" with an article on July 3. In their tweet promoting "A Fourth of July Symbol of Unity That May No Longer Unite," the newspaper claimed: 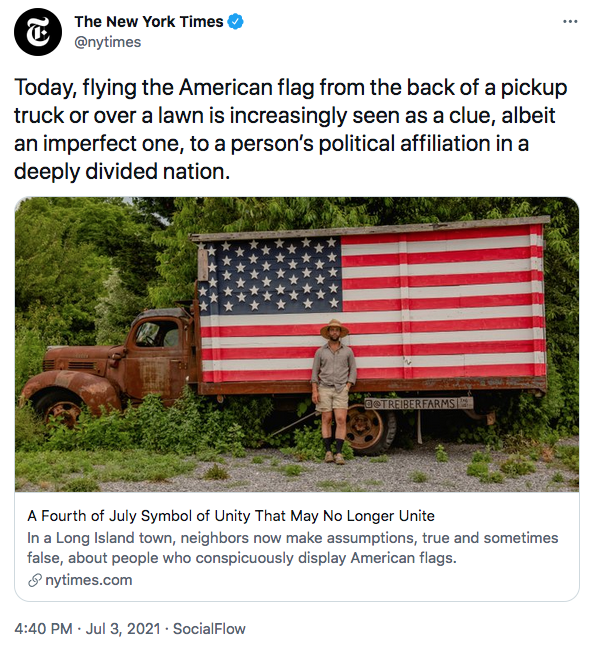 Today, flying the American flag from the back of a pickup truck or over a lawn is increasingly seen as a clue, albeit an imperfect one, to a person’s political affiliation in a deeply divided nation.

Last month, a New York Times reporter appeared to kickstart the newspaper's attack on "Old Glory." As a guest on MSNBC, Mara Gay said that, while on a recent trip to Long Island, she "saw dozens and dozens of pickup trucks with ... Trump flags, and in some cases just dozens of American flags, which is also just disturbing."

The final anti-America piece of evidence we'll share today, although there's many more we could mention, comes from far-left-leaning, taxpayer-funded NPR (National Public Radio). Their tweet "thread" about the 32nd annual, on-air reading of the Declaration of Independence claimed that America's founding document has "flaws and deeply ingrained hypocrisies." NPR appears to try to soften their criticism by adding: 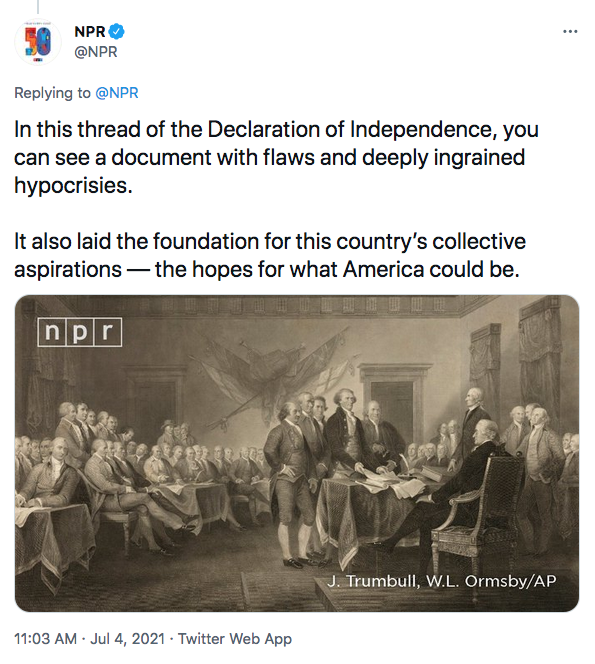 It also laid the foundation for this country’s collective aspirations — the hopes for what America could be.

But why not start with the positive, NPR? Why focus on the negative first and attack the Declaration of Independence on our great nation's 245th "birthday"?

What do you think? Do radical Democrats and the Unhinged Left really hate America? Or are these divisive, controversial and vitriolic statements just a ploy to grab attention, increase their exposure and build a larger audience? Please let us know what you think by voting in our "Hate America?" QuickPoll now. 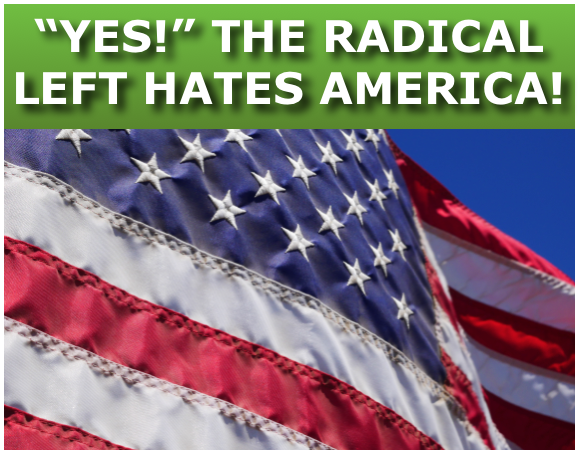 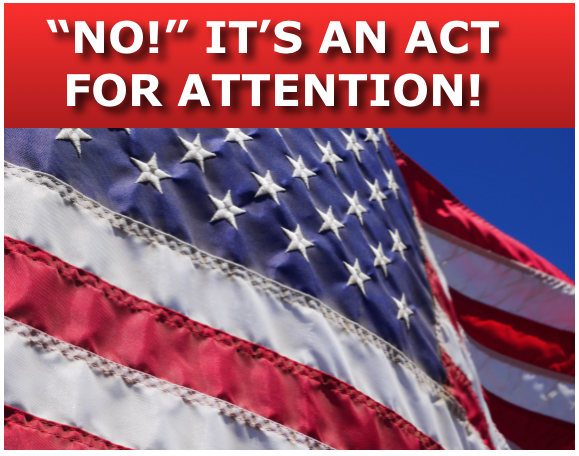 After making your voice heard, please forward this message to your friends and family members. We'd like to know what they think, too. Grassfire staff will share the results of our one-question "Hate America?" QuickPoll when it reaches 10,000 votes. Thanks, in advance, for taking action today.

P.S. Our QuickPolls are not scientific, nor are they meant to endorse a specific candidate or position. They're for informational purposes only.