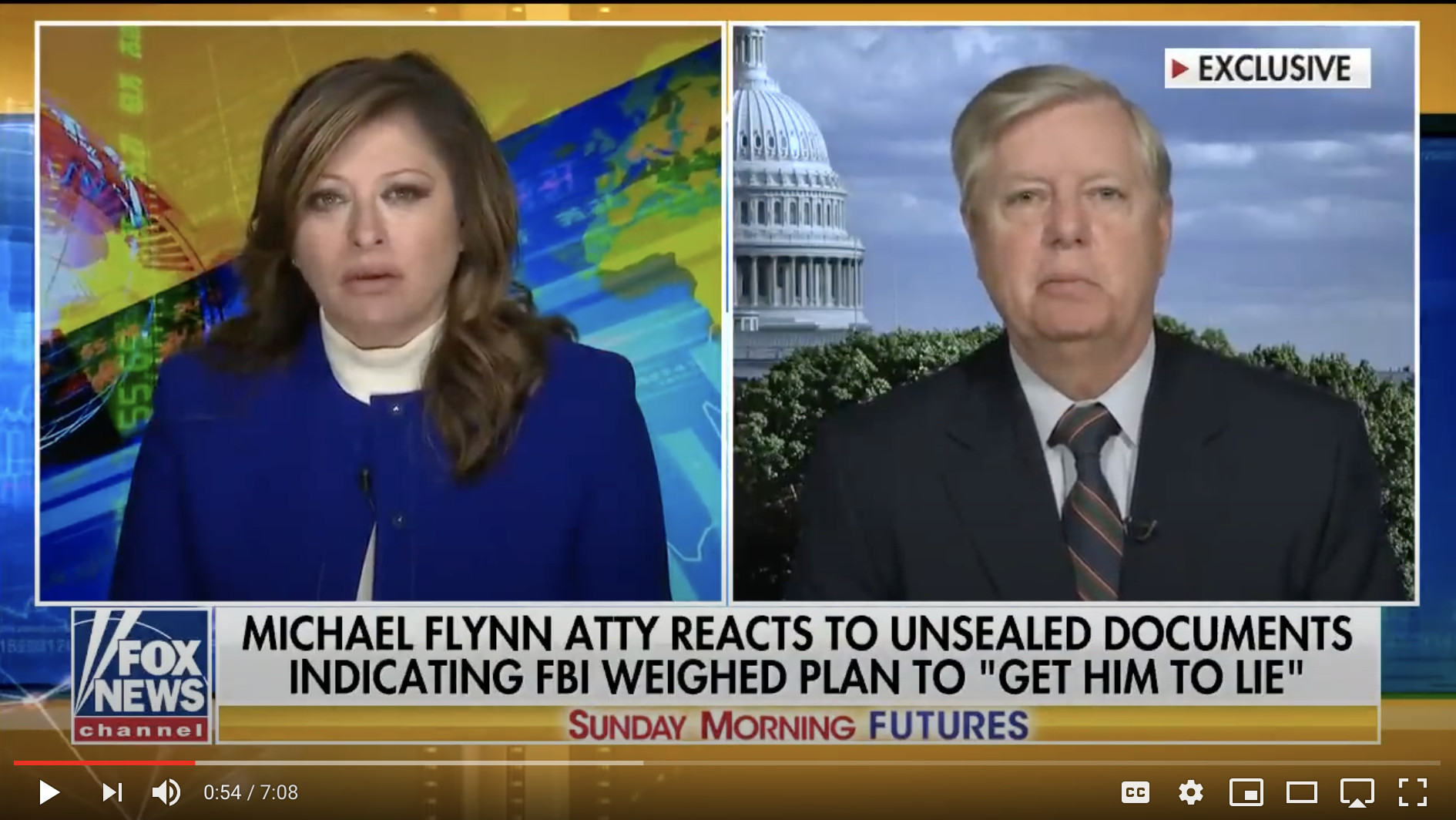 Last week, on the FOX News program "Sunday Morning FUTURES," host Maria Bartiromo pulled no punches talking about FBI officials who investigated President Trump's former national security advisor Gen. Michael Flynn. She said they were part of a "cabal" that "set everybody up to try to take down Donald Trump."

Bartiromo then asked her guest, Sen. Lindsey Graham (R-SC), when he would begin calling witnesses to appear before the Senate Judiciary Committee to hold them accountable for their attempted coup.

"I'm not going to do anything to interfere in an ongoing criminal case," Graham replied. "That'd be unethical. That’d be wrong. But when this case is over, I'm going to ask questions. … I want to know why Flynn was being surveilled by the Obama administration to begin with. The Obama administration is surveilling the national security advisor of the president-elect. What the h*ll was that all about? … I’ll be all over that."

But that promise wasn't good enough for Bartiromo. She immediately shared several examples of Graham's previous pledges to subpoena key figures in the two-year Witch Hunt of President Trump.

"We've been talking about this for three years," Bartiromo insisted. "You are the only one with subpoena power, right now, in the Republican Party. We need you to call these individuals down to testify as witnesses. People want you to move on this, Senator. Are you gonna do it?"

Graham deflected again, saying: "Yeah. But I've told you, and I'll tell you again, I'm not gonna interfere in an ongoing criminal matter. ... But when it's over, we're gonna find out why the Mueller investigation lasted two years."

The GOP-controlled Senate needs to hear from grassroots Americans, demanding an investigation into ObamaGate. The "cabal" of Obama administration officials inside the White House, FBI and DOJ, as well as members of the Democratic National Committee and the Hillary Clinton campaign, need to be held accountable for their attempted coup.

Click here or on the banner below to demand a Graham-led Senate investigation into the Obama-Clinton "cabal." Schedule your ObamaGate Faxes for immediate delivery on Capitol Hill:

In our previous ObamaGate update, we told you about a bombshell article published yesterday. See below to learn how it exposes an alleged plot by the former president to withhold U.S. intelligence information from President Trump.