Have you seen the President's tweets? 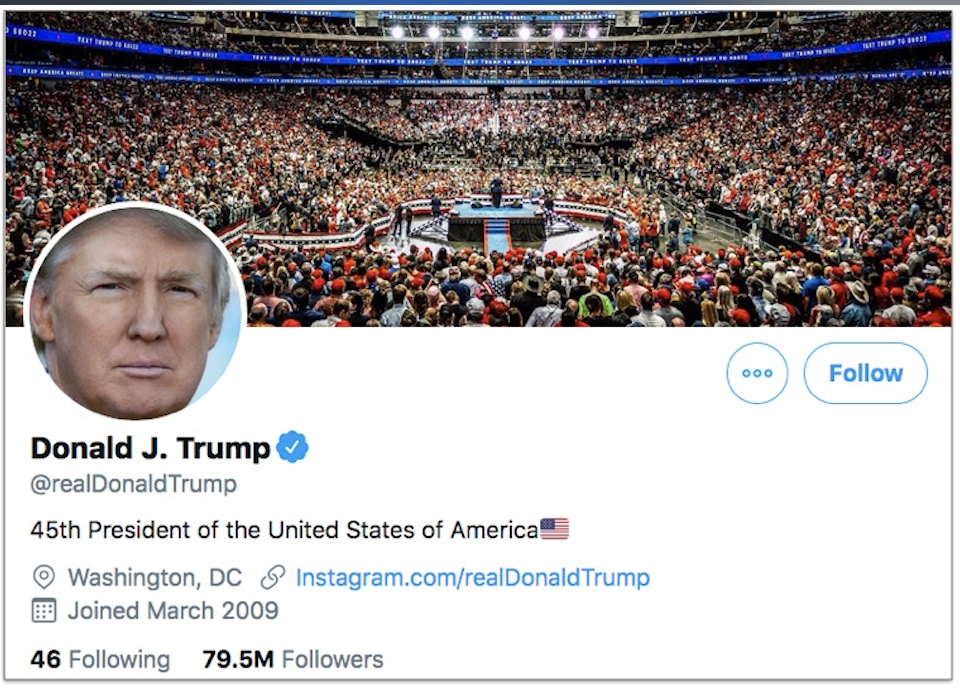 From 2008 to 2012, our great nation endured a president fully committed to "fundamentally transforming the United States of America." Barack Obama spent eight long years apologizing for our exceptionalism, appeasing terrorist nations, and undermining a century of strong global leadership -- all of which were built on traditional values and faith in God.

Enter Donald J. Trump. He was ridiculed after announcing his candidacy, dismissed as the possible Republican nominee, and given virtually no chance of defeating Hillary Clinton. None of that mattered to him because he had one goal:

And that's EXACTLY what he did.

President Trump led the greatest economic recovery of the modern age, re-established America as THE world superpower, and has worked to "Drain the Swamp." Plus, he did it all while battling the D.C. Establishment, the Deep State, the Fake News Media, Hollywood's "Elite" and NeverTrump Republicans.

First, it was the Russian "collusion" fairy tale, then it was a baseless and partisan impeachment. Now, it's a global pandemic that was 100% China's fault, yet Democrats are trying to blame him.

The Left HATES Donald Trump. But he doesn't care. Why? Because, in his heart, our Commander-in-Chief truly loves America. He also loves We the People -- the men, women and children who make it "the land of the free and the home of the brave."

Have you seen the President's recent tweets? Many of them, of course, feature his usual snark and sarcasm. But others focus on America winning:

"As our Nation heals, our Spirit has never been Stronger!"

"Dems and LameStream Media should be proud of the USA, instead of always ripping us down!"

"Exciting to see our Country starting to open up again!"

"Hopefully our Country will soon mend."

How many Democrats are posting comments like that? No one wants to see America WIN more than Donald Trump. 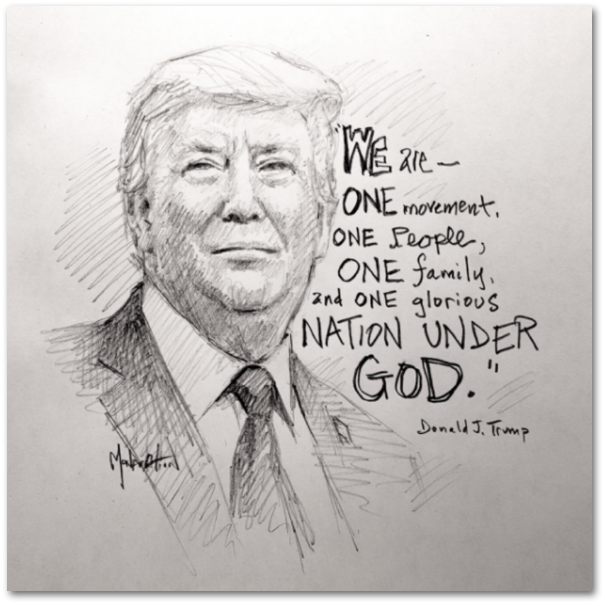 Patriotic artist Jon McNaughton's new "One Nation Under God" sketch captures the "love of country" epitomized in our 45th president. It's a spirit America really needs right now. Grassfire's newest pro-Trump resource will encourage and inspire you, despite all of the lingering darkness from COVID-19.

Click here or on the banner below now to receive our exclusive "One Nation Under God" sketch in appreciation for your contribution of $30 or more. Contribute $50 or more to help Grassfire build, and we'll send you two of these stunning McNaughton sketches. Shipping is absolutely FREE:

Last week, we contacted McNaughton to request a new pro-Trump resource for our team members. So, "America's Artist" re-released a previously sold-out print exclusively to Grassfire. Now, we have just over 100 "One Nation Under God" sketches left in stock!

The 9" x 9" hand-drawn image bears an incredible likeness to the President. It also features bold words of encouragement from Mr. Trump to inspire every American during this national crisis:

"We are one movement, one people, one family and one glorious nation under God."

Again, in appreciation for your contribution of $30 or more to help Grassfire build, you'll receive one McNaughton sketch. When you contribute $50 or more, we'll send you two. Plus, we cover shipping no matter how many you buy. Click here.

"One Nation Under God" is the perfect companion piece to last month's "National Day of Prayer" sketch by McNaughton. If you want one of these exclusive and stunning 9" x 9" hand-drawn prints, we MUST hear from you immediately -- or you might miss out. Order now!

P.S. Our fulfillment manger made a special, one-time, limited-edition order of "One Nation Under God." Times being what they are, Grassfire simply couldn't afford to pay for and hold excess inventory of these inspiring, patriotic sketches. With hundreds of thousands of team members, our dwindling supply won't last long. Shipping is FREE! Click here or on the banner below now to receive one of these exclusive McNaughton prints in appreciation for your contribution of $30 or more. Contribute $50 or more to help Grassfire build, and we'll send you two "One Nation Under God" sketches: