First they PURGE Trump... then YOU! 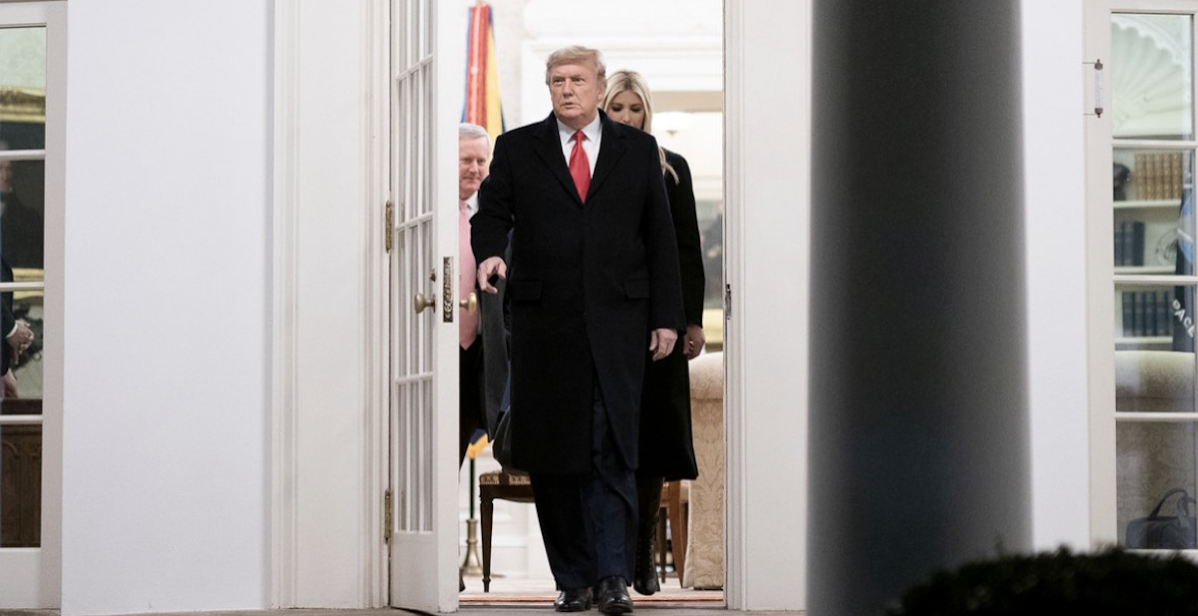 The purge has begun. It starts with President Trump. But it doesn't end there. See below. --Steve Elliott

President Trump and the movement to save America that he represents are such a fundamental threat to the oligarchs who rule that Trump must be PURGED.

That's what's actually happening right now. The effort by House Speaker Nancy Pelosi (D-CA) and Senate Majority Leader Chuck Schumer (D-NY) to impeach President Trump again this week is designed to "tar and feather" the President so badly that he can never run again -- as a practical or perhaps a legal matter. They don't want to just defeat President Trump. They want to bury him and the "America First" political revolution that he started.

But that's been their goal all along. From even before his inauguration, they worked to undermine and impeach President Trump. There were violent riots on his Inauguration Day. They pushed a Russia-conspiracy hoax for three years. Then, when President Trump touched the "third rail" of Joe Biden's open corruption in Ukraine, they impeached him. And now, they want him impeached AND purged.

As I'm sure you know, Twitter just PERMANENTLY BANNED the President of the United States. Think about that. On what grounds? Twitter says his future tweets could cause "further incitement of violence." Facebook and Google also joined in with purging the President, along with Instagram, Shopify, Twitch and others.

But it's not just about purging President Trump. This is about purging YOU AND ME and anyone who dares to stand for our Constitution and stand for liberty and stand against the socialist/Marxist "great reset" of our society that is under way.

This was confirmed this past weekend when Parler was PURGED from both the Google and Apple app stores. Then, the website itself was essentially erased ("de-platformed") by Amazon Web Services. As of today, Parler effectively DOES NOT EXIST. Why? Because Parler had grown large enough to actually pose a threat to the Overlords of Silicon Valley.

Millions had left Twitter and Facebook to join Parler. So Parler was purged. Twitter also announced it would not allow any tweets that dare to question the results of the election. (Of course, Twitter had no problem with FOUR YEARS of Democrats rejecting the results of the 2016 election.) And Facebook is REMOVING "content containing the phrase 'stop the steal.'" That means Facebook is PURGING thousands and perhaps hundreds of thousands of posts from users if those users dare to question the 2020 election.

+ + Why we must stand with the President and push back...

This is just the beginning, if grassroots Americans don't take action to STOP THE PURGE right now -- starting with this outrageous effort to impeach President Trump.

So today, we must stand to STOP THE PURGE of President Trump.

+ + ACTION: Tell Congress to "Stop The Purge" Of President Trump!

To help citizens fight back against these ridiculous, partisan and anti-American attacks, Grassfire has launched a "Stop The Purge!" FAXFIRE that will send your personal message about Pelosi's impeachment attack directly to leaders in Congress.

If you are outraged by this impeachment effort and the overall PURGE of patriotic Americans that's under way, then go here to utilize our FaxFire to let your voice be heard:

We just updated all the records for the newly sworn-in Congress, so your message will reach EVERY targeted Rep and Senator -- up to 50 faxes in all. And to encourage every grassroots citizen to take action, we've discounted our LEVEL ONE FaxFire by more than 40%!

Go the "extra mile" and choose LEVEL TWO of the "Stop The Purge!" FaxFire. You'll also reach 50 key GOP conservatives in the House of Representatives. That's a total of up to 100 faxes for just $50 -- a 50% discount! Click here now.

Grassfire in no way condones the breach of the Capitol last week. For two decades, we have served as a resource for citizens to EXPAND THEIR IMPACT on the political process in peaceful ways. But there has been no effort by the Left, the RINOs or the media to understand what happened last week and why.

The fact is, our rights were illegally stripped away from us to "save" America from a pandemic. Then, the Left used the pandemic shutdown to change the longstanding rules of our elections -- rules and laws designed to prevent voter fraud. Most of these changes were not executed by the state legislators and thus were unlawful and/or unconstitutional.

So now, they PURGE us from having a voice in society. In response, in the strongest terms possible, we REJECT the coordinated efforts of the political and media elites to use the actions of a relative handful of agitators and protestors to discredit everything we have stood for -- not just in the election battle, but in the entire movement to make America great again. And we REJECT any claim that President Trump should be banned, censured, impeached or otherwise punished.

Their agenda is exposed. They want to PURGE the President, and then PURGE you and me. Click here to stop it!