Even FAKE NEWS is calling out Biden's lies 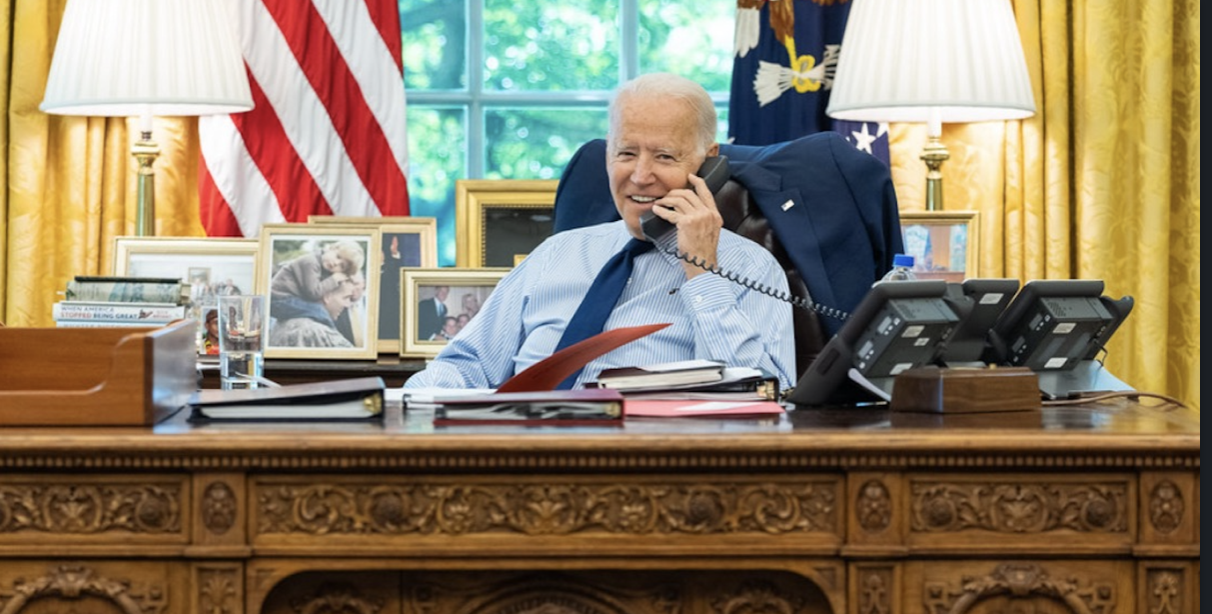 Joe Biden and his band of incompetents are trying as hard as they can to "spin" the botched Afghanistan withdrawal as an "extraordinary success." But hundreds of Americans and thousands of allies were left behind and remain trapped in the Taliban-controlled nation. Thirteen U.S. service members and more than 100 Afghans died in a Kabul suicide bombing (many more were injured) and billions of U.S. military aircraft, equipment and weaponry are now in the hands of terrorists.

Anyone who counts the Afghanistan crisis as a "win" for the Biden regime is either lying or fooling themselves. According to the New York Post, "The Afghan evacuation is over but not the Afghan debacle." Even FAKE NEWS is calling out the "Commander-in-Chief's" lies. When a Democrat "president" has lost leftist media, things must be going very poorly.

Martha Raddatz, the chief global affairs correspondent for left-leaning ABC News, challenged several of Joe Biden's claims after his Afghanistan "victory" speech on Tuesday. While Raddatz commended the White House for evacuating more than 120,000 people, she warned not to confuse the evacuation with the withdrawal, which she called "chaos." Raddatz added:

"Just on July 8, the president was saying there was going to be no circumstance where you see people being lifted off the roof of an embassy of the United States from Afghanistan. They were clinging to airplanes in those early days (of the withdrawal). ... He was touting the Afghan forces, saying, 'I trust the capacity of the Afghan military.' The president said they were ready, they were prepared for this. But no one was prepared for 11 days, for the Taliban to take over."

Raddatz also criticized the "Commander-in-Chief" for breaking a promise made during an ABC News interview on August 18. "If there's American citizens left, we're going to stay until we get them all out," Mr. Biden insisted.

But that didn't happen. U.S. troops left Afghanistan prior to a Taliban-enforced August 31 deadline, and an estimated 10% of Americans in the country were left behind by the Biden regime. "That 10% right now is still scared and does not know exactly how they're gonna get out," Raddatz said.

+ + You Can Take Action To Demand Joe Biden's Resignation, Impeachment Or Constitutional Removal

Calls to impeach Joe Biden, force him to resign or to invoke the 25th Amendment are intensifying. If you want to join the chorus of voices demanding an end to the Biden "presidency," Grassfire wants to empower you to make your voice heard!

If you've had enough of the Biden regime putting American's security, sovereignty and way of life at risk, click here to add your name now. After Grassfire reaches 20,000 signatures, our representative will deliver your petition to Republican leadership on Capitol Hill. Thanks, in advance, for taking action today.

P.S. Did you see yesterday's "Joe Must Go!" update about a shocking new poll that shows a majority of Americans want our so-called "Commander-in-Chief" to resign or be impeached? If not, please go here. Take immediate action by clicking here or on the banner below to sign the "Joe Must Go!" national petition now: