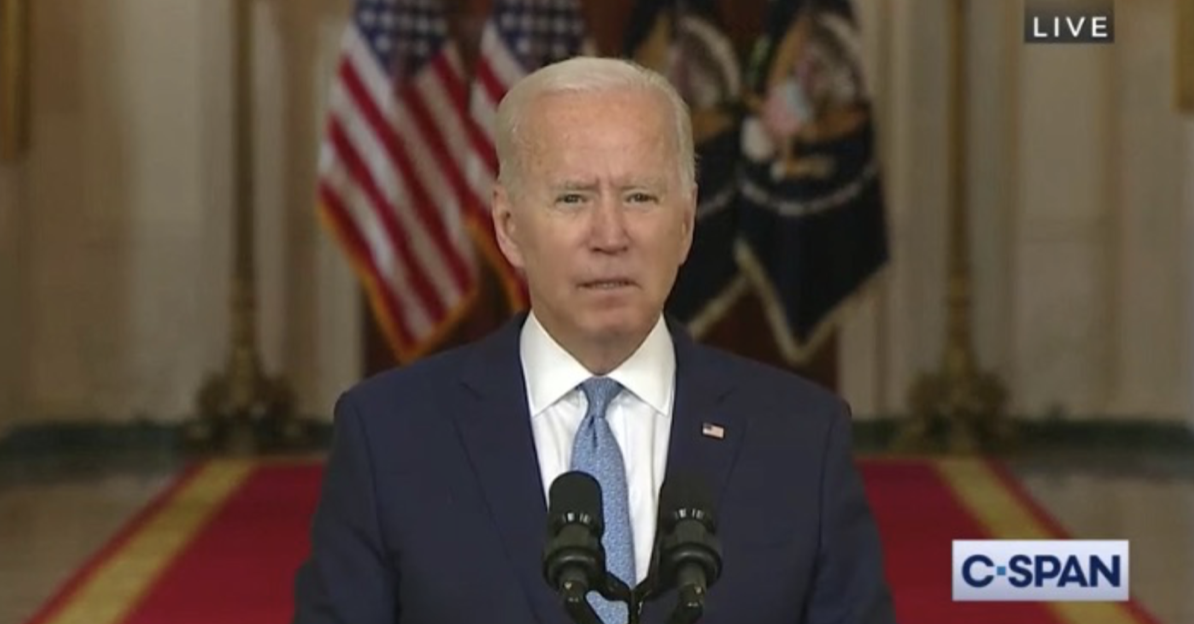 A shocking new poll indicates more than half of Americans think Joe Biden should resign over the Afghan crisis. Released yesterday, the survey of 1,000 "likely U.S. voters" found that 52% think Mr. Biden should step aside "because of the way the U.S. withdrawal from Afghanistan was handled."

While 9% of those contacted were not sure, 39% said Biden should NOT resign. But that number might be even lower if people had more confidence in the alternative to our current "leader." According to Rasmussen Reports:

The U.S. withdrawal from Afghanistan was so badly handled that President Joe Biden should resign because of it, according to a majority of voters. However, most don't think Vice President Kamala Harris is qualified to replace Biden if he leaves office.

Even more shocking is that 60% of poll respondents say, if Joe Biden doesn't resign, he should be impeached for botching the Afghan withdrawal so badly. Rasmussen asked people if they agreed or disagreed with a statement Sen. Lindsey Graham (R-SC) made during a Newsmax broadcast on August 24:

"I think Joe Biden deserves to be impeached because he's abandoned thousands of Afghans who fought with us and he's going to abandon some American citizens because he capitulated to the Taliban to a 31 August deadline."

A week ago, the so-called "Commander-in-Chief" admitted during a press conference: "I bear responsibility for, fundamentally, all that's happened of late." If he's willing to admit that he's at fault for the deaths of 13 American service members in Kabul and for arming the Taliban with billions of dollars worth of U.S. military aircraft, vehicles and weapons, why shouldn't Mr. Biden resign or even be impeached?

If you think it's time for Congress to pressure Joe Biden to end his failed Biden "presidency," take action now by signing the national "Joe Must Go!" petition. We're empowering our team members to make their voices heard and demand Republicans call for Joe Biden's immediate resignation, impeachment or constitutional removal via the 25th Amendment.

Joe Biden is "asleep at the wheel" as Americans face raging inflation, a surging national debt, COVID tyranny, an out-of-control border crisis and the chaos in Afghanistan. It's no wonder Republicans on Capitol Hill, along with President Trump AND everyday Americans, are calling for the "Commander-in-Chief's" resignation, impeachment or removal from office via the 25th Amendment.

If you think it's time for Congress to pressure Mr. Biden to step down, click here to sign now. With just a few clicks, you can add your name to the "Joe Must Go!" national petition. When we reach 20,000 signatures, Grassfire representatives will deliver your petition to GOP leaders on Capitol Hill. Thanks, in advance, for making your voice heard.

P.S. Again, if you want to tell House and Senate Republicans to remove Joe Biden from office because he isn't up to the challenge of being America's Commander-in-Chief, demand they take immediate action. Go here to instantly sign the "Joe Must Go!" national petition now: