Elon Musk on SPENDING SCAM: "Can this whole bill" 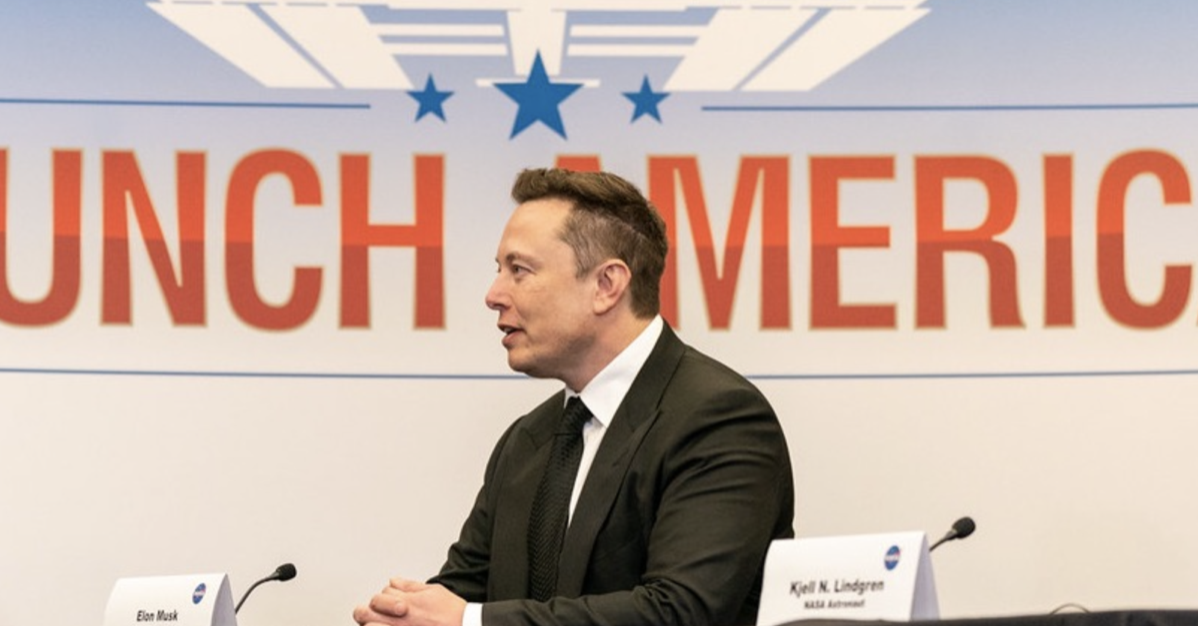 At The Wall Street Journal's CEO Council Summit this week, billionaire Elon Musk slammed Joe Biden's $4.9-trillion SOCIALIST SPENDING SCAM. When asked about the "Build Back Better" boondoggle during the virtual event, the head of Tesla, Inc. and SpaceX said, "Honestly, I would just can this whole bill. Don't pass it. That's my recommendation."

He criticized the federal government's "crazy" and "incredible" deficit spending, which this far-left legislation promises to take to disastrous new levels. Musk also thinks politicians "should just try to get out of the way and not impede progress," adding:

"It might be better, honestly, if the bill doesn't pass. Because we've spent so much money, you know. It's like, the federal budget deficit is insane. ... Something's got to give. This can't keep going."

But will Musk's comments resonate on Capitol Hill? Or will Democrats write off his opinions, claiming he's an "eccentric billionaire." The latter is much more likely since Musk's views don't fit the progressive narrative that thinks Big Government is the best government.

Sen. Kyrsten Sinema (D-AZ), Sen. Joe Manchin (D-WV) and EVERY Senate Republican are the keys to saving our great nation from becoming "America The Socialist." Fifty-one "No" votes are needed to stop the Biden regime's $4.9-trillion SPENDING SCAM. So far, the two "moderates" and all 50 GOP Senators refuse to support the grotesque tax-and-spend plan radical Democrats want.

If the GOP stands strong and stays united, either Sinema or Manchin can derail Joe Biden's "Build Back Better" boondoggle. That's why Grassfire is giving our team members the opportunity to make their voices heard. Take immediate action to stop the radical, unhinged Left from ruining Christmas by driving America off a fiscal cliff into full-blown socialism!

You can urge Sen. Sinema, Sen. Manchin and GOP leaders to stand strong and "Stop The Spending Scam!" Click here or on the banner below to add your name to the national petition calling on key lawmakers to save the U.S. from becoming "America The Socialist":

+ + Will Joe Biden's $4.9-Trillion, SOCIALIST SPENDING SCAM End America As We Know It?

The Biden regime and their allies in the House and Senate are trying to push their "Build Back Better" boondoggle down the throats of the American people. They're rushing to pass the biggest expansion of the federal government in U.S. history BEFORE December 25. The radical, unhinged Left wants to ruin Christmas, while "fundamentally transforming the United States of America"!

The Biden regime's "Build Back Better" boondoggle could be the end America as we know it. The next few weeks WILL determine the future of the United States. It's no exaggeration to say our great nation is teetering on the brink of socialism. Will America remain the land of the free and the home of the brave? Or will Joe Biden and the Democrats create their false utopia of a socialist, police state?

If you reject the Unhinged Left trying to use trillions of taxpayer dollars to build a super highway to socialism, click here to let Sinema, Manchin and GOP leadership know where you stand. When the "Stop The Spending Scam!" national petition reaches 20,000 signatures, Grassfire representatives will deliver your petition on Capitol Hill. Thanks, in advance, for taking action today.