"I believe [Daryl Morey] wasn’t educated on the situation at hand and he spoke. ... So many people could have been harmed, not only physically or financially, but emotionally and spiritually. Just be careful what we tweet, what we say and what we do. We do have freedom of speech, but there can be a lot of negative things that come with that too."

Morey, a graduate of Northwestern University with an MBA from MIT, certainly was "educated" on the situation in Hong Kong. It's James who has compromised principle for the sake of his burgeoning financial kingdom. (Among other things, he's a principle investor in "Blaze Pizza," which Forbes says is the fastest-growing restaurant chain ever.)

Is James worried that his burgeoning empire could be "harmed" if we dare to stand up to communist China, whose leaders are determined to crush freedom in Hong Kong? Later, LeBron even doubled down and implied that there would and should be recourse against any NBA player who spoke up against China.

(Yet, LeBron wasn't very "careful what we tweet" when he tweeted "U Bum" at President Trump!)

I did a quick Google search of "Hong Kong" and "American flag" today and these results came up: 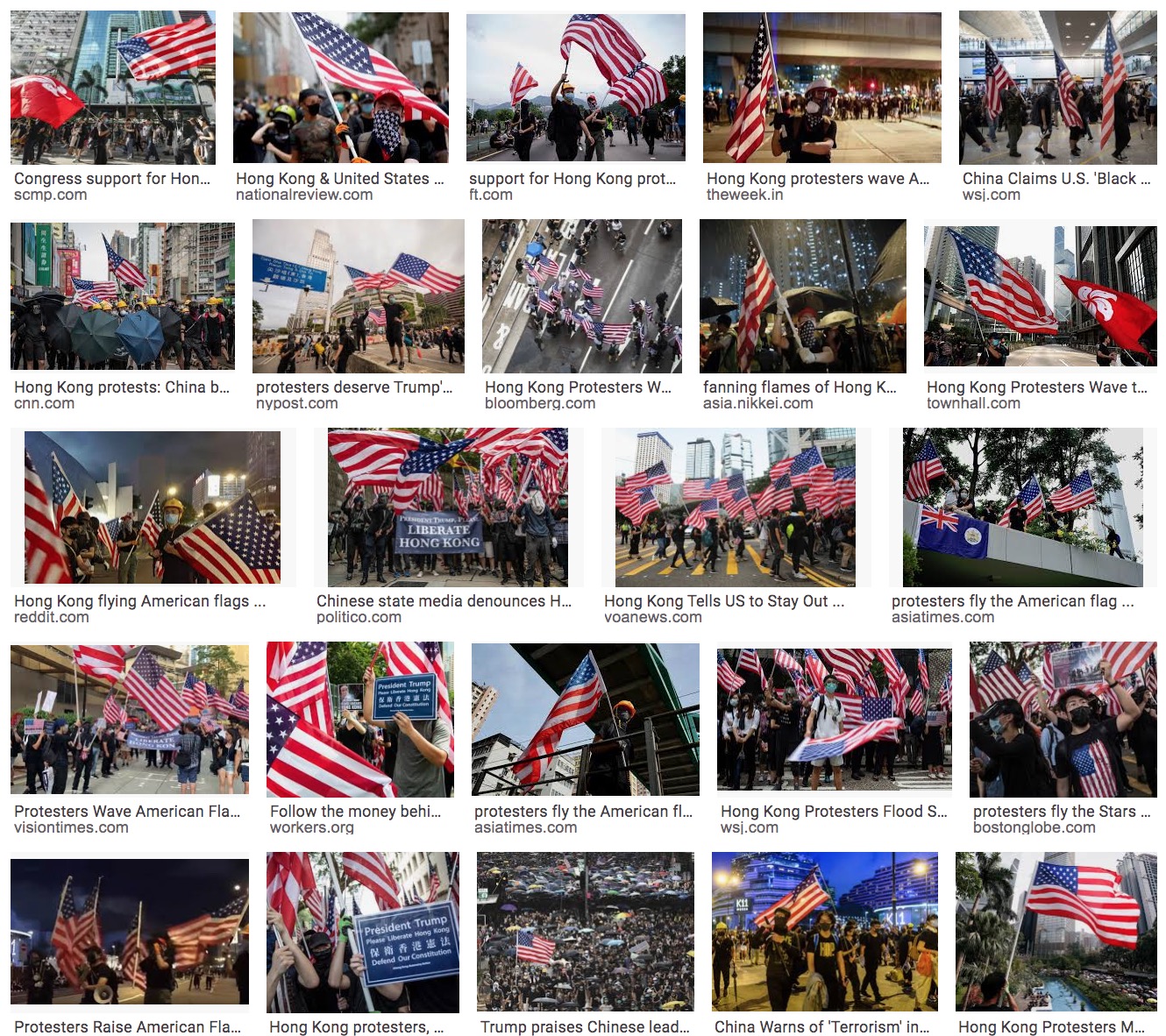 While LeBron James is turning his back on freedom, Hong Kong protestors are proudly waving OUR FLAG in the streets and singing OUR ANTHEM!

+ + WILL YOU STAND WITH HONG KONG TODAY?

Grassfire has launched a "Stand With Hong Kong" national petition to let House and Senate leaders know that thousands of patriotic, liberty-loving Americans support the peaceful efforts of the Hong Kong freedom fighters. When we reach the key threshold of 20,000 signatures, Grassfire will hand-deliver your petition on Capitol Hill.

WE CURRENTLY DO NOT HAVE YOUR NAME ON THE PETITION! Simply click here or on the banner below to add your name to the "Stand With Hong Kong" national petition:

Call on Senators and Representatives to follow the President's lead and support pro-democracy protests by passing the "Hong Kong Human Rights And Democracy Act"! Add your name to the "Stand With Hong Kong" national petition. Go here now.

Tell Congress to join you in standing with the Hong Kong freedom fighters!

P.S. Again, by clicking on ANY of the links inside this email, your name will be instantly added to the list of liberty-loving Americans who support the brave freedom fighters of Hong Kong. Sign the national "Stand With Hong Kong" petition by clicking here now. The petition states:

"As an independent, liberty-loving, patriotic American, I stand with the Hong Kong freedom fighters. They have honored us by singing our national anthem and waving our flag during their protests for autonomy from China. I choose to honor their bravery and resolve by signing the national "Stand With Hong Kong" petition. I urge you, a duly elected member of Congress, to take immediate action to use the power and influence of the U.S. government to urge leaders in Beijing to loosen restrictions, relinquish control and increase freedom in Hong Kong."