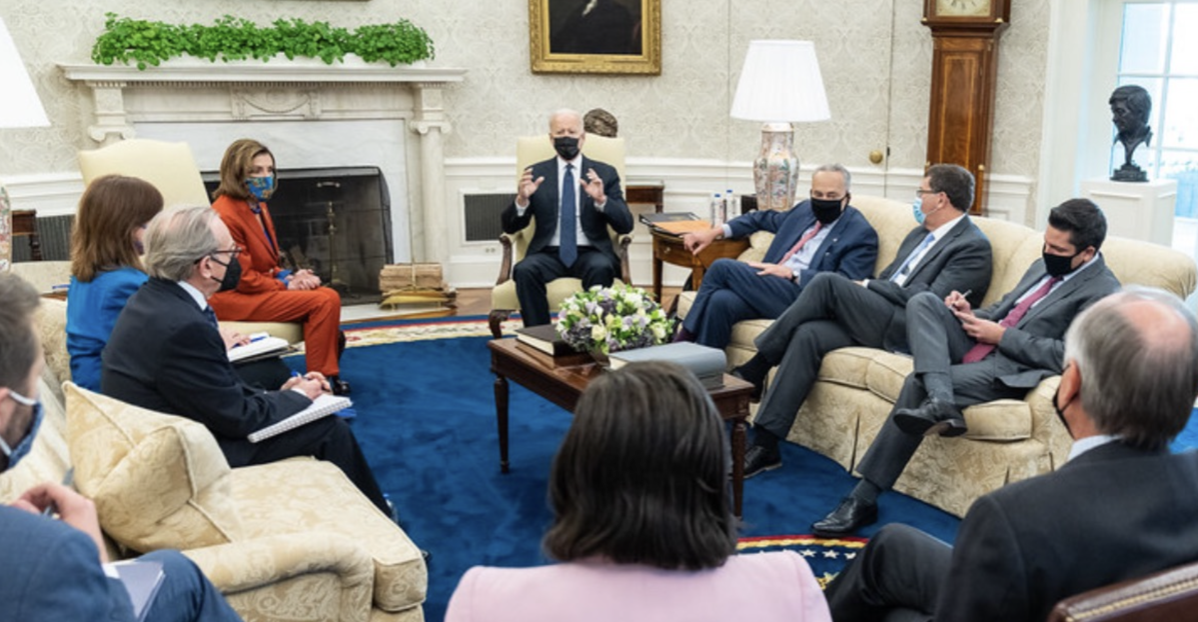 In the wake of Joe Biden's impending failure to pass his "Build Back Broke" boondoggle by the Senate's self-imposed Christmas deadline, leftist media is celebrating the Democrats' pivot to "voting rights." Leave it to the "enemy of the people" to run interference for the radical, unhinged Left's brazen attempt, once again, to hijack future elections.

Senate Majority Leader Chuck Schumer (D-NY) wants a vote THIS MONTH on what Republicans call "The Corrupt Politicians' Act." And word is that Schumer and the Democrats want to change Senate rules, again, to pass their misnamed "Freedom to Vote Act." Daily Mail reports:

A group of moderate Democrats is trying to negotiate a rules change on the voting rights bill that would allow it to move forward in the legislation process with just a simple majority - bypassing the Republican ability to filibuster.

"Moderate"? How does trying to change Senate rules, so you can pass your far-left agenda with ZERO Republican support, make a Democrat lawmaker a "moderate"? (Trump was right: Enemy of the People.)

Sen. Ted Cruz (R-TX) insists "The Corrupt Politicians' Act" is "radical legislation... designed to ensure that Democrats never lose another election." If you missed our previous email about what's at stake in the Senate over the next two weeks, please go here.

Or click here to make your voice heard by demanding Senators "PROTECT OUR ELECTIONS!" Don't let the radical, unhinged Left "rig the game," like they did in 2020. Thanks, in advance, for taking action today.