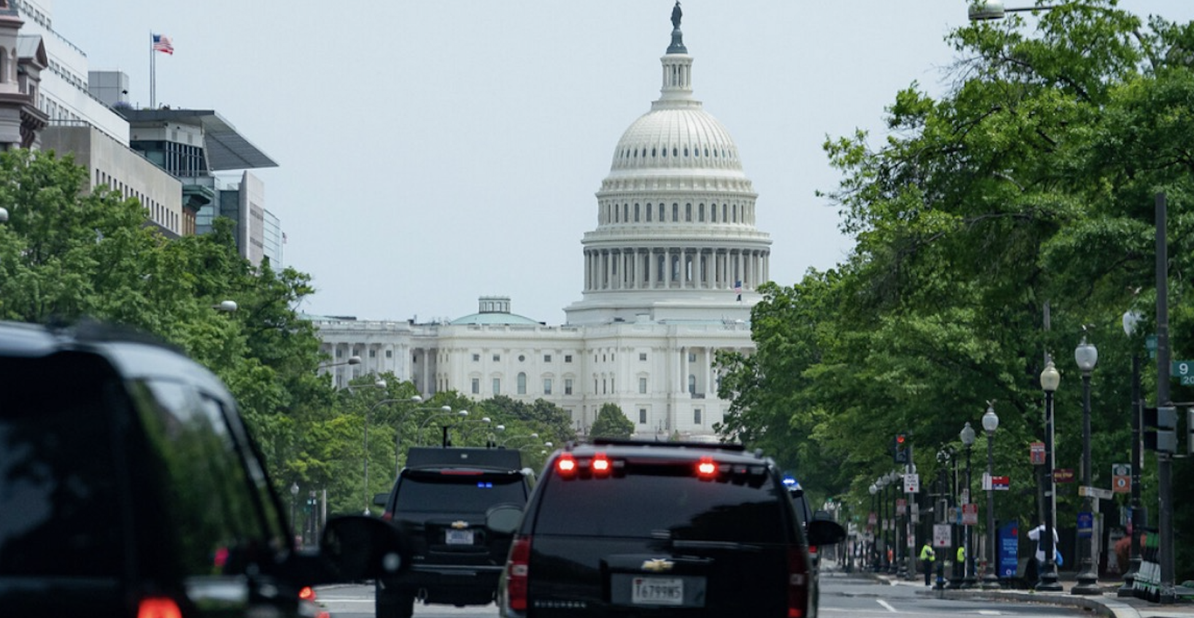 The "leak" of a 98-page Supreme Court draft ruling has set off a firestorm of controversy. Republicans are outraged that someone inside America's High Court took the unprecedented step of handing over a Justice's unfinished opinion to the media. Democrats are scrambling to protect the Roe v. Wade decision that created the so-called "right" to abortion before it's overturned.

The Supreme Court's majority decision that could strike down the horrific, 1973 landmark decision wasn't expected to be released until next month. But now, the fight over abortion is front and center across America. Also in the spotlight is a brazen attempt to intimidate conservative Justices and to question the legitimacy of a critical, constitutionally established institution.

Senate Majority Leader Chuck Schumer (D-NY) immediately went on offense yesterday in response to the leaked draft. He has vowed to fight any and all attempts to limit the radical, unhinged Left's "right" to kill unborn and newborn babies. The Associated Press reports:

Furious Senate Democrats vowed Tuesday to vote on legislation to protect abortion access for millions of Americans, but without broader support from Republicans, Congress is essentially powerless to prevent the unraveling of the landmark Roe v. Wade ruling. ...

Schumer said the Senate would vote next week on emerging legislation, but facing a certain filibuster by Republicans, the Democrats signaled they prefer to fight over the issue on the campaign trail this fall, rather than in Congress.

Justice Samuel Alito concluded in his draft ruling: "The Constitution does not prohibit the citizens of each State from regulating or prohibiting abortion. Roe and Casey arrogated that authority. We now overrule those decisions and return that authority to the people and their elected representatives."

By overturning Roe v. Wade, the Supreme Court is returning power to the people and their state government's to allow or prohibit abortion. If you agree with Justice Alito and want Senator's to know, Grassfire is empowering you to make your voice heard!

Click here or on the banner below now to sign the "End Abortion In America!" national petition. We want to represent you during our Senate delivery on Capitol Hill NEXT WEEK:

Again, this "leak" of a Supreme Court draft is unprecedented and a direct threat against one of the most important institutions in American life and history. This is almost assuredly an intentional attempt to sway one of the five (or six) Justices who, apparently, have voted to strike down Roe v. Wade. The pressure on these Justices will be enormous until the opinion is finally released.

Democrats are already threatening to pass new abortion laws, to pack the court with left-wing justices, to "impeach" the current Justices and much more. The meltdown over the Supreme Court possibly overturning the landmark, 1973 Roe v. Wade decision that legalized abortion MUST STOP in the Senate. Click here to tell Senators: "Vote 'No!' on Chuck Schumer's abortion bill next week."

Join more than 21,000 Grassfire team members who are demanding Congress "End Abortion In America!" We're planning a petition delivery on Capitol Hill BEFORE next week's Senate vote. But we can't represent you if you don't sign! Click here to add your name now. Thanks, in advance, for taking action tonight.

P.S. The leak of a draft ruling is one of the most significant ideological attacks, presumably, by the radical, unhinged Left in American history. It shows the lengths to which some abortion activists will go to protect their so-called "right" to kill unborn or newborn babies. It is historic, unacceptable and indicates just how far the "Enemies of Liberty" will go when they don't get their way. Go here to tell Senators to vote "No!" on Democrat efforts to protect Roe v. Wade and the so-called "right" to abortion:

Senate vows vote on abortion, but not filibuster changes (The Associated Press)