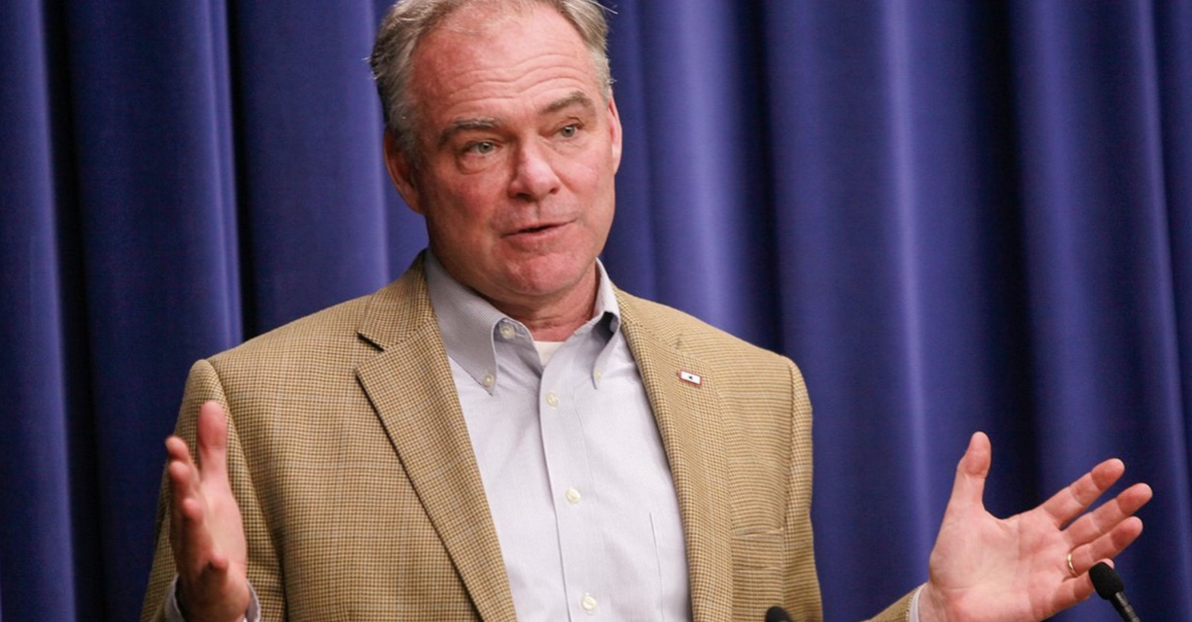 Democrats are trying to find a "work around" that will enable them to bypass the Senate filibuster to pass their "Freedom to Cheat Act." Sen. Tim Kaine (D-VA) outlined the radical, unhinged Left's election-steal plan on the CBS Sunday show "Face the Nation":

"[We] are witnessing wholesale efforts around the country to make it harder for people to vote and to undermine the integrity of elections, we have to do this. We all have to be recorded at this moment in time about where are we in protecting the right to vote. ... (W)e will be voting, both on the bills, but also on if we can't get Republican support for the bills -- we have uniform Democratic support -- could we find a path to make some rules, adjustments to pass them?"

After being reminded that Democrats "don't have the votes to suspend that 60-vote threshold," Kaine went on to mention "rules changes" and "paths" three more times in his follow-up response. Can it be any more obvious that Joe Biden, Senate Majority Leader Chuck Schumer (D-NY) and other far-Left Democrats are plotting to "nuke" the Senate filibuster to accomplish their ELECTION TAKEOVER?

You can take immediate action to stop the Biden regime from federalizing elections in all 50 states. Grassfire is empowering our team members to PUSH BACK AGAINST JOE BIDEN'S AND THE UNHINGED LEFT'S PARTISAN POWER-GRAB. Make your voice heard by telling lawmakers where you stand! Click here or on the banner below to sign the national petition to "PROTECT OUR ELECTIONS!":

Minority Leader Mitch McConnell (R-KY) has REPEATEDLY called this attempt by radical Democrats to hijack future elections the "Big Lie." Why? Because, even though Kaine claims that election-integrity bills being passed across the country are making it "harder for people to vote," the truth is, those new laws are making it harder to cheat. McConnell exposed the Democrats "Big Lie" on the Senate floor last week, saying:

"Leading Democrats say they want to break the Senate because of a sinister anti-voting plot that is sweeping America. This is totally fake. It does not exist. The current control of Congress and the White House were decided in 2020 by the highest turnout in 120 years. Ninety-four percent of voters said voting was easy. More Americans say current voting laws are too lax than say they are too restrictive.

McConnell's office even calls Schumer's "Freedom to Vote Act" the "Freedom to Cheat Act." Sen. Ted Cruz (R-TX) has labeled the legislation "The Corrupt Politicians' Act," while Sen. Rand Paul (R-KY) insists the far-Left narrative of voter suppression is ''a pack of lies." (See our previous message below).

Republican Senators and moderate, filibuster-supporting Democrats -- Sens. Kyrsten Sinema (AZ) and Joe Manchin (WV) -- need to know that "America First" patriots stand with them in the fight to stop the "Freedom to Cheat Act"! from becoming law.

P.S. If you missed last night's ELECTION STEAL update, you can read it here. Grassfire explains why the battle to PROTECT OUR ELECTIONS is expected to intensify this week. Keep reading to find out what you can do to stop the Biden regime's partisan power-grab. Or take immediate action by clicking here or on the banner below to sign the national petition now: