Defend, not defund, the police! 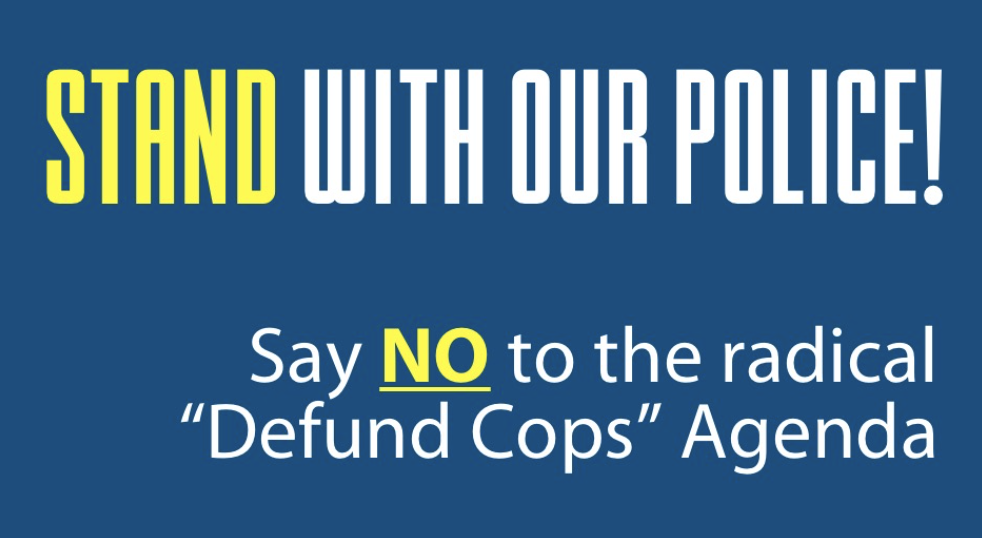 The "Defund the Police!" movement appears to be gaining steam in some areas. On Sunday, the Minneapolis City Council publicly vowed to "dismantle the police department." On Monday, CNN's Alysin Camerota asked the president of that city council, Linda Bender, who citizens would call "if in the middle of the night (their) home is broken into." Bender's reply was as ridiculous as it was infuriating.

"That [question] comes from a place of privilege," she said. Wait... what? Bender thinks that wanting to protect your family and property is "privilege"? Keep in mind, many Democrats now use "privilege" as a substitute for "racist." If the radical Left really thinks it's "racist" to defend your home and loved ones, America may be in serious trouble.

If you don't think the Left's "Defund the Police!" push is serious, Seattle police boarded up and abandoned their East Precinct on Monday night. In response, Antifa "protestors" barricaded six blocks of the city's downtown area, calling it the "cop-free," "Capitol Hill Autonomous Zone."

But apparently, things aren't going all that well in the "Zone." A self-described "anarchist" posted on Twitter this morning that they were already running out of food. The city's current appeasement strategy, which seemingly lets "protestors" do whatever they want to create their police-free utopia, doesn't appear to be working for anyone.

Grassfire wants to empower you to make your voice heard DEFENDING -- rather than DEFUNDING -- law enforcement. Using our unique FaxFire system, you can send a personalized message to your governor, your congressional delegation and select House and Senate leaders, up to 16 faxes, for just $15. Go the extra mile by utilizing "Level 2" and "Level 3" to reach EVERY governor and EVERY GOP Senator -- for more than 50% off!

Just days ago, "DEFUND THE POLICE!" was an impossibly radical idea. But the movement is quickly gaining momentum among Democrats, liberals and so-called progressives.

P.S. Again, radicals are moving rapidly to defund the police. What started as peaceful protests against police brutality has turned into an unsafe, unrealistic and far-Left movement to erase our nation's "Thin Blue Line." Hundreds of thousands of brave, professional, moral and dedicated men and women put their lives on the line every day to stop and prevent crime. Without them, the nation would descend into chaos, which is exactly what America saw last week in cities across the country. Click here or on the banner below now to schedule your "Support Our Police!" faxes for immediate delivery on Capitol Hill: