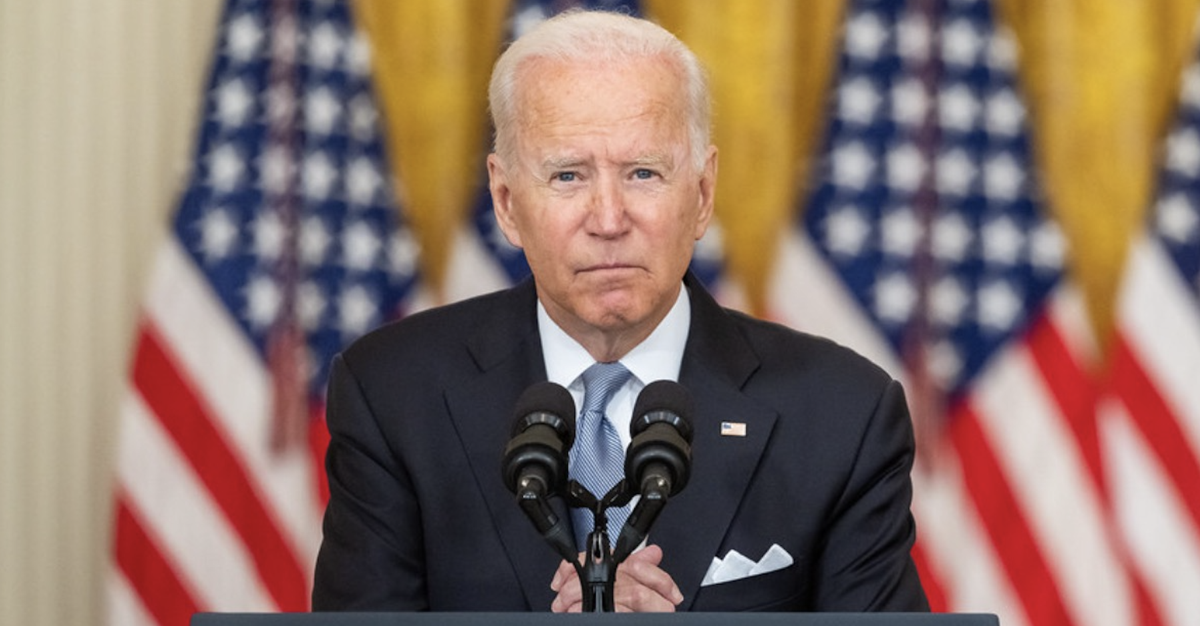 Once again, The Wall Street Journal is warning America about the real cost of Joe Biden's and the Democrats' SOCIALIST SPENDING SCAM. After the Congressional Budget Office (CBO) released the actual "score" of the bill last week, at the request of Sen. Lindsey Graham (R-SC), the newspaper's editorial board exposed the scam in an online article last night.

According to them, the Biden regime's "Build Back Better" boondoggle blows up the deficit, increasing it "by $3 trillion over 10 years." Democrats are using "budget gimmicks and phony phase-outs" as a way to make the bill appear to cost less than it actually will. Here's an excerpt from their op-ed:

President Biden's tax and entitlement plan received what should be a pair of knockout punches late last week. The report of surging inflation has been well covered. But the media have largely ignored the second blow—the real cost of the plan if honestly scored. Allow us to complete the record.

We've been telling you for months that the plan's advertised cost of $1.75 trillion over 10 years includes multiple budget gimmicks that disguise the real cost. The Penn Wharton Budget Model has scored the 10-year cost at about $4.6 trillion, but the White House keeps claiming against all evidence that the cost is "zero."

Now comes the Congressional Budget Office to report that the claim of zero cost is a Big Con. ...

Democratic leaders Nancy Pelosi and Chuck Schumer reacted furiously to this news, falling back on their claims that the Build Back Better Act is "fully paid for." Mrs. Pelosi says CBO has scored Mr. Graham's "imaginary bill." But her bill is the real fiscal fantasy and "fully paid for" is the lie of the year.

All of this gives Mr. Manchin, and other Democrats hiding behind (this) skepticism, ample ammunition to call the whole thing off.

Last month, the WSJ reported: "The Committee for a Responsible Federal Budget (CRFB) pegs the cost at $4.9 trillion if temporary tax credits and programs are made permanent through 2031." That's the number Grassfire has been using for Joe Biden's SOCIALIST SPENDING SCAM, because as President Ronald Reagan famously said:

"No government ever voluntarily reduces itself in size. Government programs, once launched, never disappear. Actually, a government bureau is the nearest thing to eternal life we'll ever see on this earth!"

Democrats are rushing to pass the biggest expansion of the federal government in U.S. history BEFORE December 25. The radical, unhinged Left wants to ruin Christmas, while "fundamentally transforming the United States of America" at the same time!

You can urge GOP leaders, along with key "moderates" Sen. Kyrsten Sinema (D-AZ) and Sen. Joe Manchin (D-WV), to "Stop The Spending Scam!" Click here or on the banner below to add your name to the national petition calling on Senators to save the U.S. from becoming "America The Socialist":

Sen. Kyrsten Sinema (D-AZ), Sen. Joe Manchin (D-WV) and EVERY Senate Republican are the keys to saving our great nation from becoming "America The Socialist." Fifty-one "No" votes are needed to stop the Biden regime's $4.9-trillion SPENDING SCAM. So far, the two "moderates" and all 50 GOP Senators refuse to support the grotesque tax-and-spend plan.

But The Wall Street Journal reports that Sen. Manchin is meeting with Joe Biden "early this week," while Sen. Sinema still faces pressure from the radical, unhinged Left to cave to her party's demands. But if either of those two Democrats vote "No!" along with a united GOP, the Biden regime's "Build Back Broker" boondoggle won't become law.

That's why Grassfire is giving our team members the opportunity to make their voices heard. Take immediate action to stop the radical, unhinged Left from ruining Christmas by driving America off a fiscal cliff into full-blown socialism!

+ + Will Joe Biden's SOCIALIST SPENDING SCAM End America As We Know It?

The Biden regime's "Build Back Better" boondoggle could be the end America as we know it. The next few weeks WILL determine the future of the United States. It's no exaggeration to say our great nation is teetering on the brink of socialism. Will America remain the land of the free and the home of the brave? Or will Joe Biden and the Democrats create their false utopia of a socialist, police state?

If you reject the Unhinged Left trying to use trillions of taxpayer dollars to build a super highway to socialism, click here to let Sinema, Manchin and GOP leadership know where you stand. When the "Stop The Spending Scam!" national petition reaches 20,000 signatures, Grassfire representatives will deliver your petition on Capitol Hill. Thanks, in advance, for taking action today.