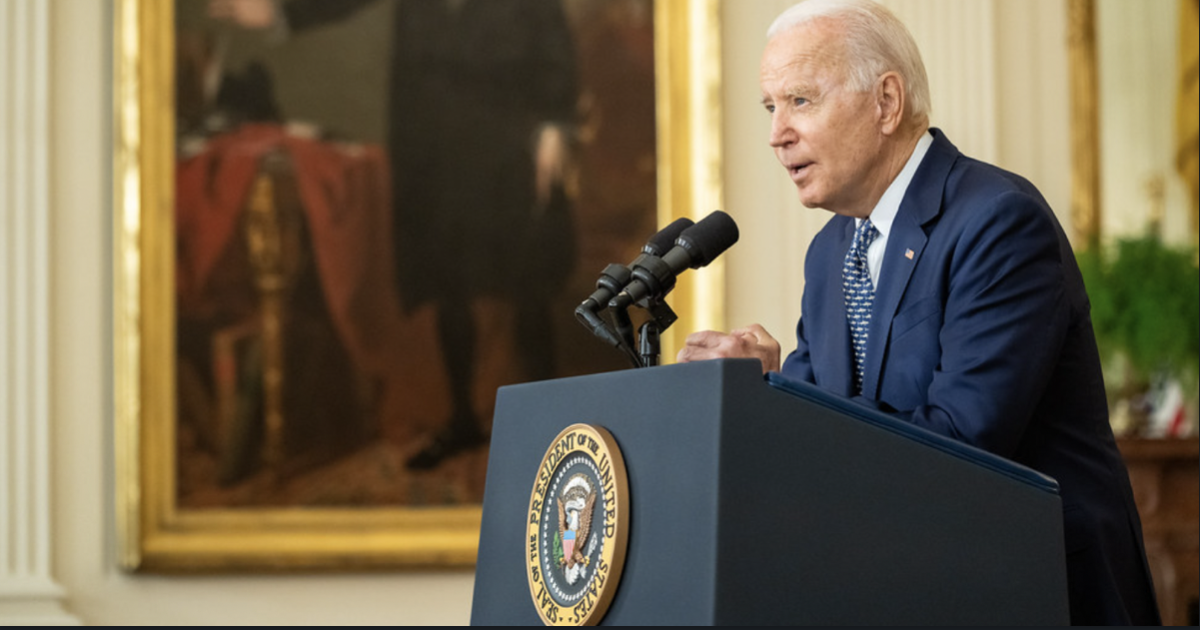 More ugly details have emerged about the "historic economic framework" that is Joe Biden's SOCIALIST SPENDING SCAM. It's abundantly clear why reasonable, intelligent Americans are calling for the legislation to die a short and painful death. The Biden regime's $1.75-trillion price tag is, reportedly, closer to $4 trillion. The Wall Street Journal reports that the costs are "phony," but they insist "the social and fiscal damage are real":

The jerry-rigged plan is an enormous expansion of government with quarter-baked entitlement programs that will retard work and $1.85 trillion in tax increases that will distort and limit investment. The $1.75 trillion cost that Democrats have assigned their bill is an illusion. They use phony accounting to finance a few years of new spending with 10 years of tax increases. ... (T)here’s still a chance all of this collapses when the fine print arrives. It would be far better for the country if it does.

On FOX News last night, Tucker Carlson called one possible provision in the Biden regime's SOCIALIST SPENDING SCAM "the single most deranged news story ever printed in this country." The multi-trillion-dollar legislation reportedly contains a provision to pay $450,000 to EVERY illegal alien separated from their family at the U.S.-Mexico border during the Trump administration! To the news of those possible "reparation" payments, Carlson replied:

"The Biden administration really is that crazy. ... Foreigners who came here without invitation, who came in willful violation of legal statutes passed by our Congress per our Constitution, those people are about to get a groveling apology AND huge amounts of cash. Why? Because our government dared to enforce its own laws, which now, apparently, is immoral. So the Biden White House is going to pay criminals for committing crimes. It's almost impossible to believe that's real."

As Grassfire has stated for months, Sen. Kyrsten Sinema (D-AZ) and Sen. Joe Manchin (D-WV) are the keys to stopping Joe Biden's and the radical, unhinged Left's $6-TRILLION SPENDING SCAM. Their "NO!" votes can save the United States from becoming "America The Socialist."

The two "moderate" Senators are holding the line -- at least for now. They're refusing to support the trillions in wish-list, progressive-pork spending their fellow Democrats want. Click here or on the banner below to urge Sinema and Manchin to stand strong. Immediately fax your personalized "Stop The Spending Scam!" message to them and all 50 GOP Senators on Capitol Hill for only $30:

It will only take one of those two Democrat Senators to derail Joe Biden's $6-TRILLION SOCIALIST SPENDING SCAM. Take immediate action to stop the radical, unhinged Left from driving America off the fiscal cliff into full-blown socialism. Click here to fax Senators now and demand they "Stop The Spending Scam!" Thanks, in advance, for making your voice heard.

P.S. If a busy Friday kept you from reading yesterday's SPENDING SCAM update, please go here. In it, we analyze and explain Joe Biden's "victory lap" that wasn't. Take immediate action to prevent our great nation from turning into "The Socialist States of America" by clicking here or the banner below. Rush your personalized "Stop The Spending Scam!" faxes to Senators on Capitol Hill with just a few clicks: