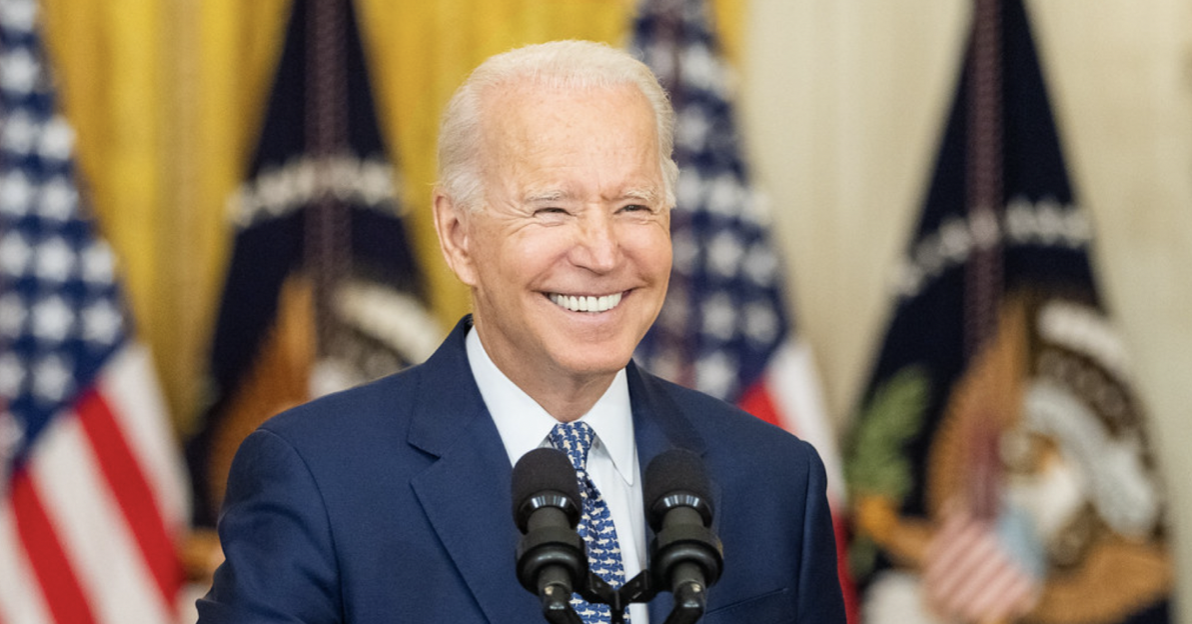 "Yankee Doodle came to town, riding on a pony. He stuck a feather in his cap and called it macaroni." --Yankee Doodle lyrics

Claiming the shallowest of victories yesterday, Joe Biden announced that a "historic economic framework" is in place for his trillion-dollar SOCIALIST SPENDING SCAM. But the truth is that he lost ... at least for now.

The supposed deal Mr. Biden "won" before jetting off to Europe is a shell of the bill that he and the radical, unhinged Left originally wanted. Also, it doesn't have the full support of key Senate Democrats Kyrsten Sinema (AZ) and Joe Manchin (WV). Even socialist Sen. Bernie Sanders (I-VT), reportedly, doesn't like it!

Joe Biden wanted to "stick a feather in his cap" so badly that he called it "a historic framework" just to save face before meeting with Pope Francis and G-20 leaders this weekend and climate-change activists next week. Can you imagine what it was like in the White House yesterday, as "Yankee Doodle's" handlers tried to figure out how to spin this defeat into a victory?

+ + Democrats In Disarray As Biden Heads To Europe!

The fake pomp and circumstance from the Biden regime happened while a feud raged among "progressive" Democrats and Speaker Nancy Pelosi (D-CA) in the House. Pelosi reportedly was asked to leave a meeting of the House Progressive Caucus yesterday. She was there trying to convince her farthest-left colleagues to vote "Yes" on "Phase 1" of the Biden regime's SPENDING SCAM.

But radical, unhinged Dems in the Lower Chamber are insisting an agreement be in place to also pass the $6-trillion "Phase 2" legislation for "human infrastructure," "climate infrastructure," "election infrastructure," etc. Rather than meet somewhere in (or at least near) the middle, they're choosing to embarrass Ms. Pelosi and Mr. Biden by threatening to vote "No."

With factions of the Democrat Party in disarray, Grassfire isn't sure when a vote on the "historic framework" will happen. Will it be tonight, tomorrow, next week? What we do know is that the current "in-fighting" among House Dems, and the resistance by Sinema and Manchin, makes this a critical time for patriots to make their voices heard.

If you oppose Joe Biden's SOCIALIST SPENDING SCAM, click here or on the banner below to fax your personalized message to Sinema, Manchin and EVERY Republican Senator on Capitol Hill (52 faxes) for only $30:

The Wall Street Journal knows how bad this legislation is. Yesterday, their editorial board called the SPENDING SCAM "rotten tax policy" and "increasingly unpopular," adding: "The best result would be for the entire farce to collapse from its own dead weight."

Sens. Sinema and Manchin are on the tip of the spear in this battle to save America. The pressure on those two Senators from their fellow Democrats is intensifying by the day. But they can save America from socialism! Using Grassfire's unique FaxFire system, you can encourage both of them to stand strong and continue fighting to "Stop The Spending Scam!" Click here to fax Senators now.

Grassfire representatives delivered thousands of "Stop The Spending Scam!" petitions to Sinema, Manchin and GOP leadership on Capitol Hill this week. You can increase the impact of that petition delivery! Click here to let Senators know where you stand.

To send your own "Stop The Spending Scam!" faxes, click here for a list of targets and contact information. Thanks, in advance, for taking action today.

P.S. Due to a legislative tactic known as "budget reconciliation," the Biden regime's $6-TRILLION SPENDING SCAM can be passed with a simple majority vote in the Senate. All 50 Republicans in the Upper Chamber are opposed to pushing the U.S. off a fiscal cliff into full-blown socialism. If Sinema or Manchin vote "NO!", Democrats won't have the 50 votes they need to have Kamala Harris cast the tie-breaking vote. Click here or on the banner below to fax 52 Senators now for just $30, or reach all 100 for only $50: