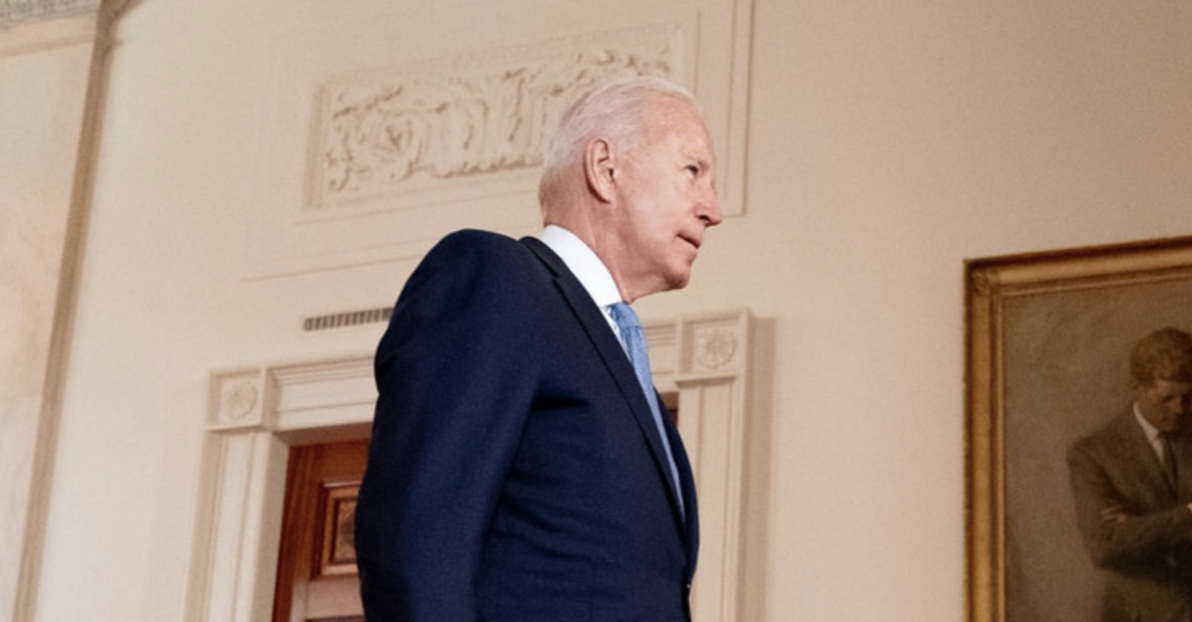 The economic damage that will result if the Democrats' $4.9-trillion SPENDING SCAM becomes law won't be pretty. Joe Biden's "Build Back Broke" agenda will likely succeed in "fundamentally transforming the United States of America" into a "woke," socialist, police state.

The runaway government spending embedded in this bill may appeal to the most radical, unhinged leftists, but it will further balloon the federal deficit, lead to even higher inflation and increase unemployment. According to an op-ed in The Hill yesterday:

President Biden and congressional Democrats’ nearly $5 trillion "Build Back Broke" legislation, currently pending before the Senate, would exacerbate this depressed labor force by expanding and implementing an array of social welfare programs that make it attractive not to work. This reckless spending would also spur more painful inflation, which the Bureau of Labor Statistics announced Friday is already at a 39-year high.

"America First" patriots must NOT give up on this fight! The Biden regime wants to fulfill Barack Obama's stated mission of "fundamentally transforming the United States of America." This bill does EXACTLY that.

The people of the United States -- Republicans, Democrats, Independents, etc. -- will lose BIG if the Biden regime's "Build Back Broke" boondoggle is signed into law. Yesterday, we told you how The Wall Street Journal called it the "Big Con." Also, their editorial board labeled Democrat claims that the bill costs nothing "the lie of the year."

Yet, despite those ugly truths, Joe Biden and his radical, far-left allies in the House and Senate want to ruin Christmas -- and America's future -- by passing the biggest expansion of the federal government in U.S. history BEFORE December 25. That's why Grassfire is empowering you to take immediate action to "Stop The Spending Scam!"

You can urge GOP leaders, along with key "moderates" Sen. Kyrsten Sinema (D-AZ) and Sen. Joe Manchin (D-WV), to "Stop The Spending Scam!" Click here or on the banner below to add your name to the national petition calling on Senators to save the U.S. from becoming "America The Socialist":

Sen. Kyrsten Sinema (D-AZ), Sen. Joe Manchin (D-WV) and EVERY Senate Republican are the keys to saving our great nation from becoming "America The Socialist." Fifty-one "No" votes are needed to stop the Biden regime's $4.9-trillion SPENDING SCAM. So far, the two "moderates" and all 50 GOP Senators refuse to support the grotesque tax-and-spend plan.

Grassfire is giving you the opportunity to make your voice heard on Capitol Hill. Join thousands of "America First" patriots sending a clear message to Senators, demanding they stop the radical, unhinged Left from ruining Christmas and driving America off a fiscal cliff into full-blown socialism. Click here to sign the national "Stop The Spending Scam!" petition now.

If you reject the Unhinged Left trying to use trillions of taxpayer dollars to build a super highway to socialism, click here to call on Senators to "Stop The Spending Scam!" When we reach 20,000 signatures, Grassfire representatives will deliver your petition on Capitol Hill. Thanks, in advance, for taking action today.

P.S. The radical, unhinged Democrats' push to turn America socialist is a threat to YOUR constitutional liberties, personal freedom and way of life. The only way to defeat the $4.9-trillion "Build Back Broke" boondoggle is for "America First" patriots to rise up and take action! Don't let the Biden regime succeed in "fundamentally transforming" our great nation. Click here or on the banner below to "Stop The Spending Scam!" by signing now: