THIS is what heroes look like! (Must-see photo inside) 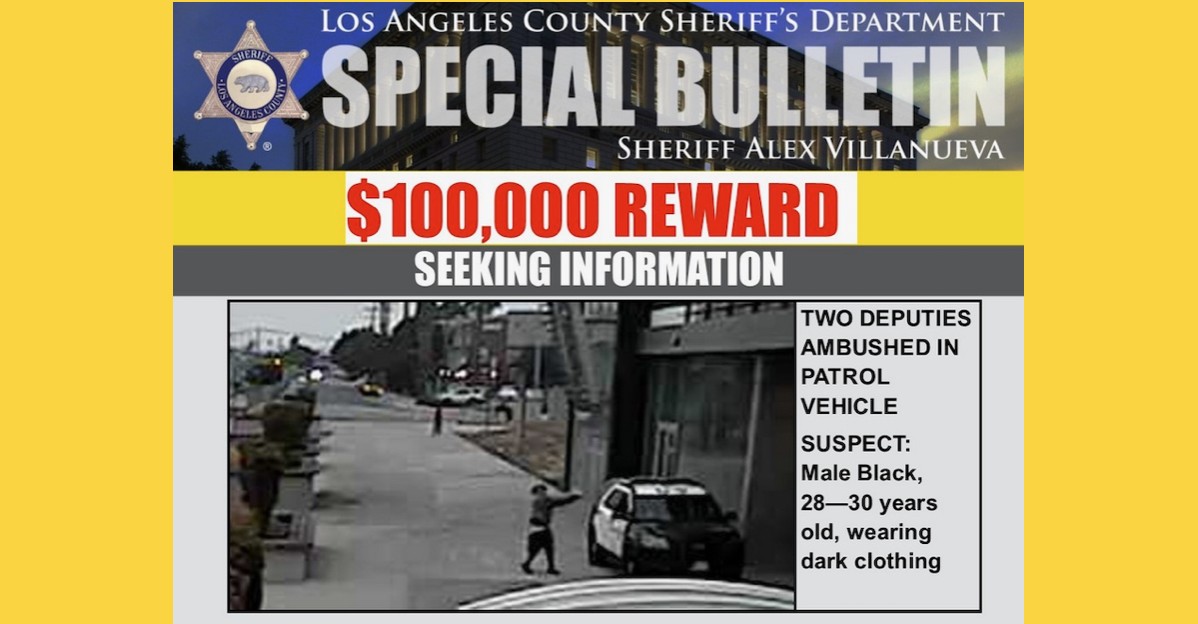 New information has come to light about two Los Angeles Country sheriff's deputies seriously injured in an ambush on Saturday. The female officer, a 31-year-old wife and mother, was reportedly shot through her jaw. Her partner, a 24-year-old male, apparently sustained gunshot wounds to his forehead, arm and hand.

Incredible photos and video captured by surveillance cameras immediately after the attack have been circulating on social media. They show the female deputy rendering aid to her fellow officer by attempting to apply a tourniquet -- while she's covered in what looks like her own blood!

Grassfire thinks it's important for our team members to see what we're fighting AGAINST and what we're fighting FOR in this election. So we want to share a photo posted on Twitter early this morning by a reporter with the Los Angeles Times. The graphic image shows both deputies, left bloodied by a would-be assassin's bullets, sheltering behind a concrete column as they wait for help to arrive. 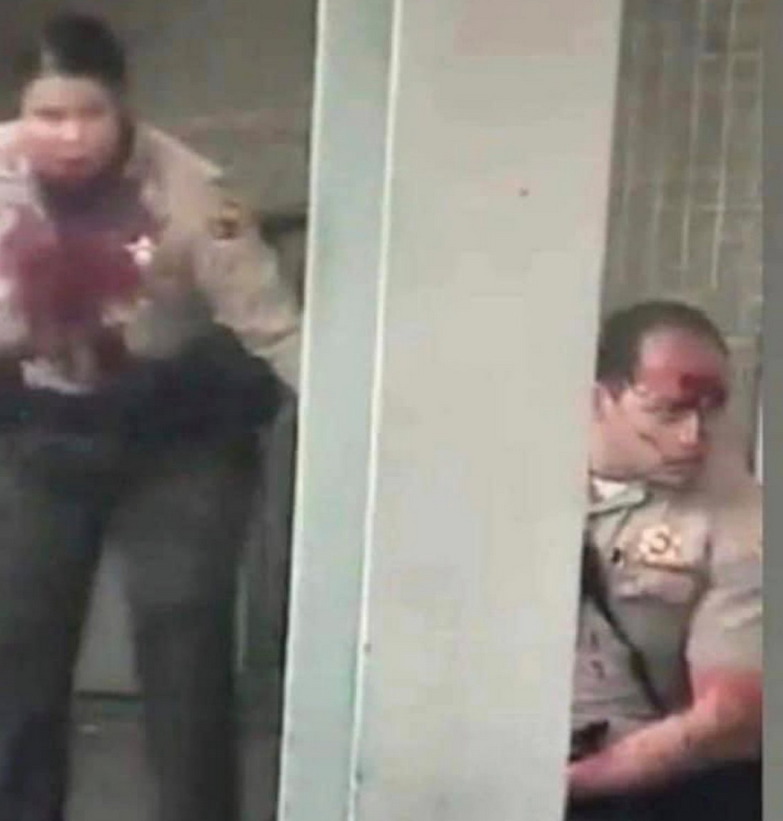 Thankfully, both officers were reported to be in stable condition yesterday and are expected to recover from their wounds. The deputies reportedly have been working in law enforcement for just 14 months.

Do you think it's time to end the war on the police? If you want to see law and order respected, enforced and restored across America, then please immediate take action today using our "STOP THE VIOLENCE!" FaxFire.

Click here to demand lawmakers "STOP THE VIOLENCE!" now! For just $15, you can fax your Representative, your two Senators, key congressional leaders AND five Democrat governors whose citizens are experiencing the worst of the rioting -- including California's Gavin Newsom. Go here to send your personalized message now:

Just this morning, we added California Governor Gavin Newsom to our list of FaxFire targets so he can hear DIRECTLY from pro-police patriots across the nation. Thanks, in advance, for taking immediate action today.

P.S. If you missed yesterday's email with complete details of the despicable and cowardly attack against these two brave sheriff's deputies, we've included it below. If you did see our previous message, please take a moment to forward this update to your friends and family members. Encourage them to stand with you by taking action to "STOP THE VIOLENCE!"

On Saturday, two Los Angeles Country sheriff's deputies were ambushed as they sat in their vehicle. At point-blank range, an unknown gunman shot the 31-year-old female and 24-year-old male officers, who survived but are in critical condition "fighting for their lives."

After the deputies arrived at a local hospital for treatment, protestors reportedly blocked the entrance and exit to the emergency room, while shouting "Death to the police!" and "I hope they f***ing die!" A viral video circulating on social media shows a bystander celebrating and laughing at the deputies who had been shot just moments earlier.

The rioting, looting and death in several Democrat-run cities in mostly Democrat-led states has gotten WAY out of hand. The radical Left, whose Antifa and BLM activists are behind most of the orchestrated chaos, has been fanning the flames of violence, unrest and "police hate" in hopes of hurting President Trump's reelection chances.

Grassfire thinks the riots -- not the economy, COVID or any other issue -- will decide who wins the 2020 election. The actions of Antifa and BLM could very well set the table for another Trump victory. Democrat presidential nominee Joe Biden called this weekend's shooting "unacceptable, outrageous and entirely counterproductive," but is it too little too late? Will the former vice president take more meaningful steps to condemn and stop the violence?

We want to empower you to demand lawmakers maintain law and order. Our "STOP THE VIOLENCE!" FaxFire lets you send a personalized message to your Representative, your two Senators, select House and Senate leaders AND five Democrat governors whose citizens are experiencing THE WORST OF THE RIOTING. Click here or on the banner below to immediately send up to 25 faxes for ONLY $20 -- THAT'S 20% OFF THE REGULAR PRICE:

ATTENTION MONTHLY MEMBERS: GO HERE TO SEND THIS FAX AT AN 80% DISCOUNT!

(Not a monthly member? Go here to become a member and send this fax at an 80% discount.)
(Having trouble accessing your benefits? Go here.)

The five Democrat governors targeted in this "STOP THE VIOLENCE!" FaxFire are those most responsible for NOT taking adequate steps to control rioting, looting and loss of life. They include:

Go the extra mile by utilizing our "Level Two" option. It empowers you to reach every Democrat Senator at a 44% SAVINGS. Choose "Level Three" and urge EVERY member of the U.S. Senate to "STOP THE VIOLENCE!" -- at 54% OFF our regular price!

Plus, everyone who faxes today will receive "I STAND WITH THE THIN BLUE LINE" ReStickers as our gift. Click here to send your personalized message now.

Violent protests, rioting and looting have not only become commonplace, verbal and physical assaults are intensifying. What's worse is that the so-called leaders in the communities most affected by the chaos and destruction are doing little, if anything, to stop it.

Unchecked violence is an immediate threat to hundreds of thousands, if not millions, of Americans in Democrat-run cities. Please click here to make your voice heard with Grassfire's "STOP THE VIOLENCE!" FaxFire. (To see a full list of fax targets and their contact information, click here.) Thanks, in advance, for taking action today.

AMBUSH! L.A. deputies left "fighting for their lives"
THIS is what heroes look like! (Must-see photo inside)
Read the blog at Grassfire